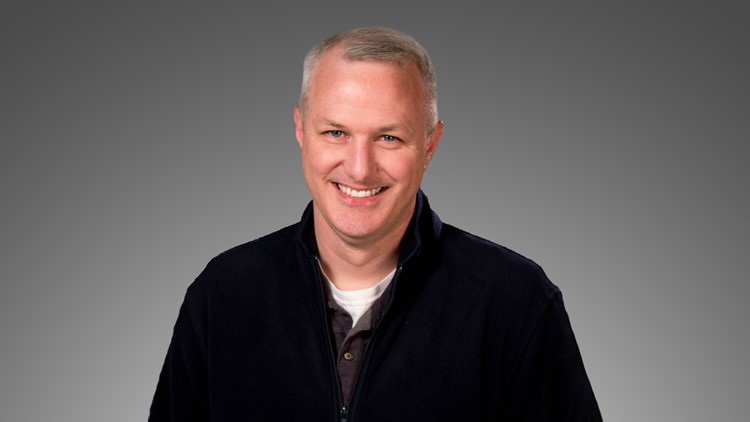 WBIR reporter Jim Matheny joined the 10News team in September 2008.  He shoots, writes, and edits his own stories.

Jim covers topics including hard news reports, investigations, historical retrospectives, comedic features, and breaking news. He collaborated with the founding producer of WBIR's Heartland Series on an hour-long documentary on the history of Norris Dam. Jim's in-depth series/documentaries have also covered the origins and fate of Elkmont in the Great Smoky Mountains, the history of Brushy Mountain State Prison, and the lost films of an early 20th century photographer named Granville Hunt.

Prior to joining WBIR, Jim spent three years reporting and anchoring in Columbia, Missouri, while he earned a master's degree from the Missouri School of Journalism at the University of Missouri. During graduate school at Mizzou, he worked for KOMU-TV (NBC), ABC News in New York City as a Carnegie Fellow with the Brian Ross Investigative Team, and served as a reporter/producer for NPR affiliate KBIA-FM. Jim also developed a love of teaching while serving as a graduate assistant and then part-time instructor for broadcast journalism classes.

Before his career as a journalist, Jim worked several years at MCNC and the North Carolina Research and Education Network (NCREN) in Research Triangle Park, North Carolina. The job was primarily technical as the group provided internet, video, and computing services to the state's universities.

His love of broadcasting started with a job as a disc jockey at a small AM radio station when he was 15 years old. Jim's age did not allow him to drive, but he was deemed old enough to fire up a radio station's transmitter in the morning and play music.

Jim was born and raised in the small town of Zebulon, North Carolina, and completed a bachelor of science degree in broadcast communications from East Carolina University in 1999. Jim met his wife, Ellen, while they were students at ECU. Dr. Ellen Matheny later completed her master's and doctorate in math education at the University of Tennessee, so the Mathenys are also big fans of the Vols.

When not at work, Jim enjoys spending time with his wife. Other personal interests include the outdoors, live music, history, computers, World War II aviation, craft breweries, and almost all sports.

Jim is always searching for story ideas of any type. Please contact him via email at jmatheny@wbir.com, on his Facebook page, or on Twitter @JimMatheny. Feel free to say hello in-person if you see him lugging his camera around East Tennessee.