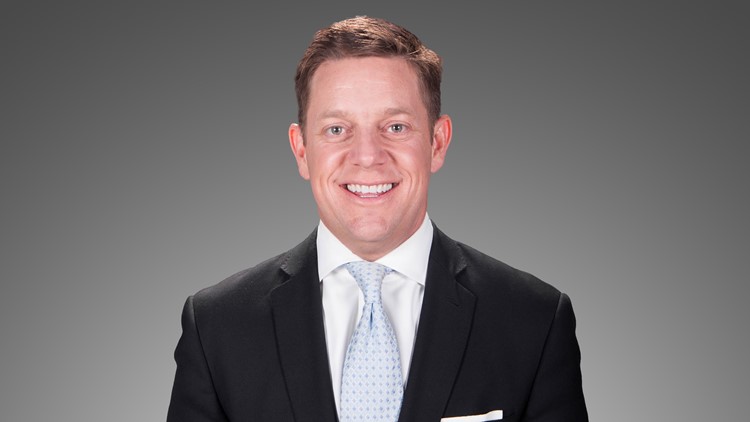 A veteran anchor and reporter John’s career snapshot includes: Embedding with US troops during the war in Iraq. Field Anchoring coverage of the historic wildfires in the Great Smoky Mountains. Documenting a return trip to Vietnam with veterans 50 years after that war. Reporting on the aftermath of Hurricane Katrina and the BP oil spill in the Gulf Coast. Recording the journey of two East Tennessee veterans back to France 70 years after D-Day. Traveling to South Porcupine, Canada in pursuit of a story about the life-changing impact of a dog on his owner.

Among his first assignments after joining WBIR-TV in the summer of 2006 was returning to the Gulf Coast, where he reported in the immediate aftermath of Hurricane Katrina, and field anchoring coverage on the one year anniversary.

John’s daily anchor and editorial duties include five nightly newscasts: 4, 5, 6, 6:30, and 11pm. John also produces and moderates the half-hour weekly program Inside Tennnessee. In 2008 he created the award winning Service & Sacrifice franchise focused on the lives and life challenges of military veterans. In 2017 he produced and reported the documentary Facing Ghosts Return to Vietnam. The hour-long special centers on the 10 day journey of two dozen veterans returning for the first time since the end of the war.

John’s anchoring and reporting on “breaking news” and “in-depth specials” have also earned top honors. A half-hour documentary John produced and reported earned an Emmy tied to his embed with Army National Guard troops in Iraq in 2004. A story within the special also received top honors from the Associated Press for news writing. A long-form piece about a teenager who lost his arm in a farming accident also received several honors including a Murrow and Best in the West medallion for excellence in journalism. John has attended The Poynter Institute, a renowned school for working journalists. And in 2000 his peers honored him with the Tom McCall Award for newsroom leadership.

Lesson from Mom: Be generous.

River: The one I'm on at that moment with a fly rod.

Book: The River of Doubt

If you'd like to reach out to John, please email him at johnbecker@wbir.com.