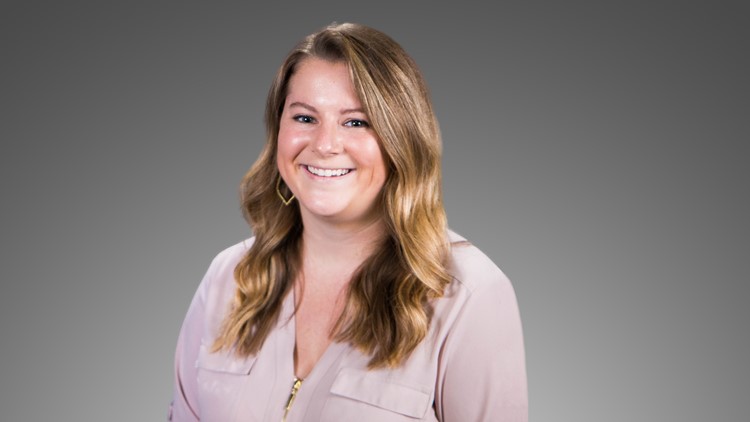 As someone who has moved several times in her life, I am happy to now call East Tennessee my home. I was very fortunate to plant some roots in Knoxville and join the Straight from the Heart team as a Multiplatform Producer in June 2017.

Tennessee is the fifth state I’ve called home. I’ve also lived in Kansas, Missouri, Minnesota and North Carolina (my family enjoys moving). Because I moved so many times, I developed a passion for traveling. I love exploring new places (I’ve visited 13 countries) and learning about different cultures. But, traveling isn’t my only passion; I also love to write.

I’ve always loved storytelling, but I didn't’t know I wanted to pursue journalism until high school. I happened to apply for my school newspaper after my choir teacher told me it was time to “explore my other talents.” I instantly fell in love with writing and hoped I could, one day, make a career out of it.

So, a few years later, I chose to attend the University of Missouri after hearing about its one-of-a-kind journalism school. Starting freshman year, I started working at KOMU-TV, the NBC affiliate in mid-Missouri. I truly started at the bottom; I did everything from checking in equipment to answering phone calls. Over the next 4 years I learned how to do several different jobs for both on-air and online news coverage. It turned out, I loved reporting the news so much that I chose to take on a second job at Newsy, an online news network. At Newsy, it was my job to pitch story ideas to AOL based on what was in the morning news. Meanwhile, at KOMU, I was becoming a television and digital producer. I had the chance to cover topics ranging from the 2016 presidential debate in St. Louis to a rodeo in a small town called Moberly.

When graduation came along, my high school dream come true; I made a career out of writing. I became a Multiplatform Producer here at WBIR. I get to craft and write newscasts as well as produce content from all of our online platforms. As cheesy as it sounds, I truly get to do what I love every day.

So if you have any stories you want told, or you just want to say "hi," reach out to me via email at kpylipow@wbir.com. You can also follow me on Twitter @kpylipow and on LinkedIn.