American Legion Post 2 said their records show this would be only the third cancellation in the almost 100-year tradition. 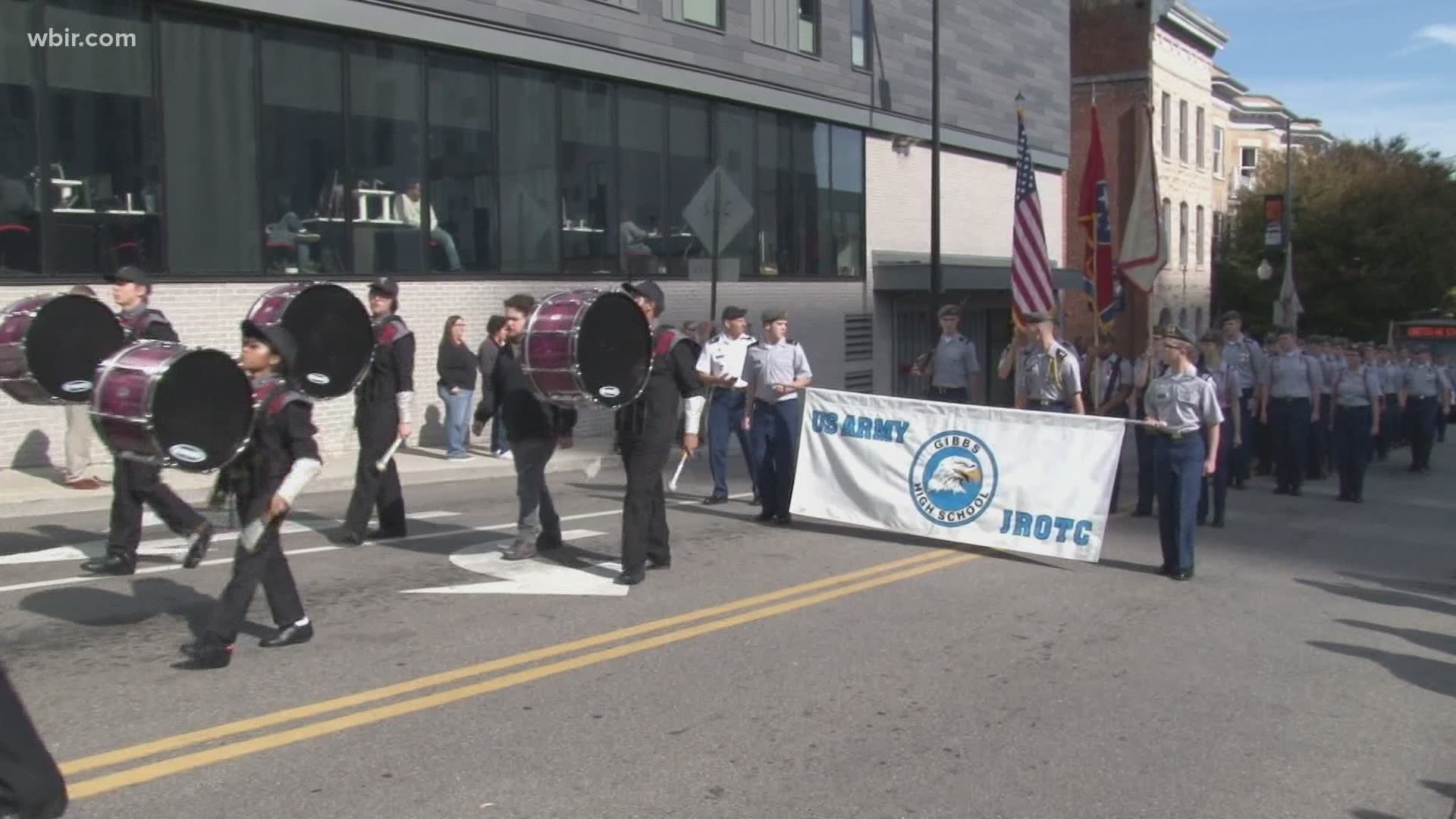 KNOXVILLE, Tenn. — The American Legion Post 2, which was organizing Knoxville's Veterans Day parade, announced that the 2020 parade was canceled on Thursday.

Officials said that the parade is one of the largest annual gatherings in Knoxville dating back decades. American Legion Post 2 said their records show this would be only the third cancellation in the almost 100-year tradition.  The only other cancellations were during WWII in 1943 and 1944.

The parade was originally scheduled for Nov. 11, but officials said they would not be able to follow safety guidelines if they held it. The Knox County Health Department recommends people follow social distancing guidelines, wear masks and routinely wash their hands to slow the spread of the coronavirus.

"It is our hope that the COVID-19 pandemic will be over and done with so that we can host our biggest Veterans Day Parade that the city has seen in many years," said the Commander of American Legion Post 2, Micael Testerman. "I look forward to seeing the citizens of Knoxville and the surrounding counties lined up and down Gay Street supporting our local veterans and military."