Best bricklayers in the region compete in Bricklayer 500 Saturday, August 24 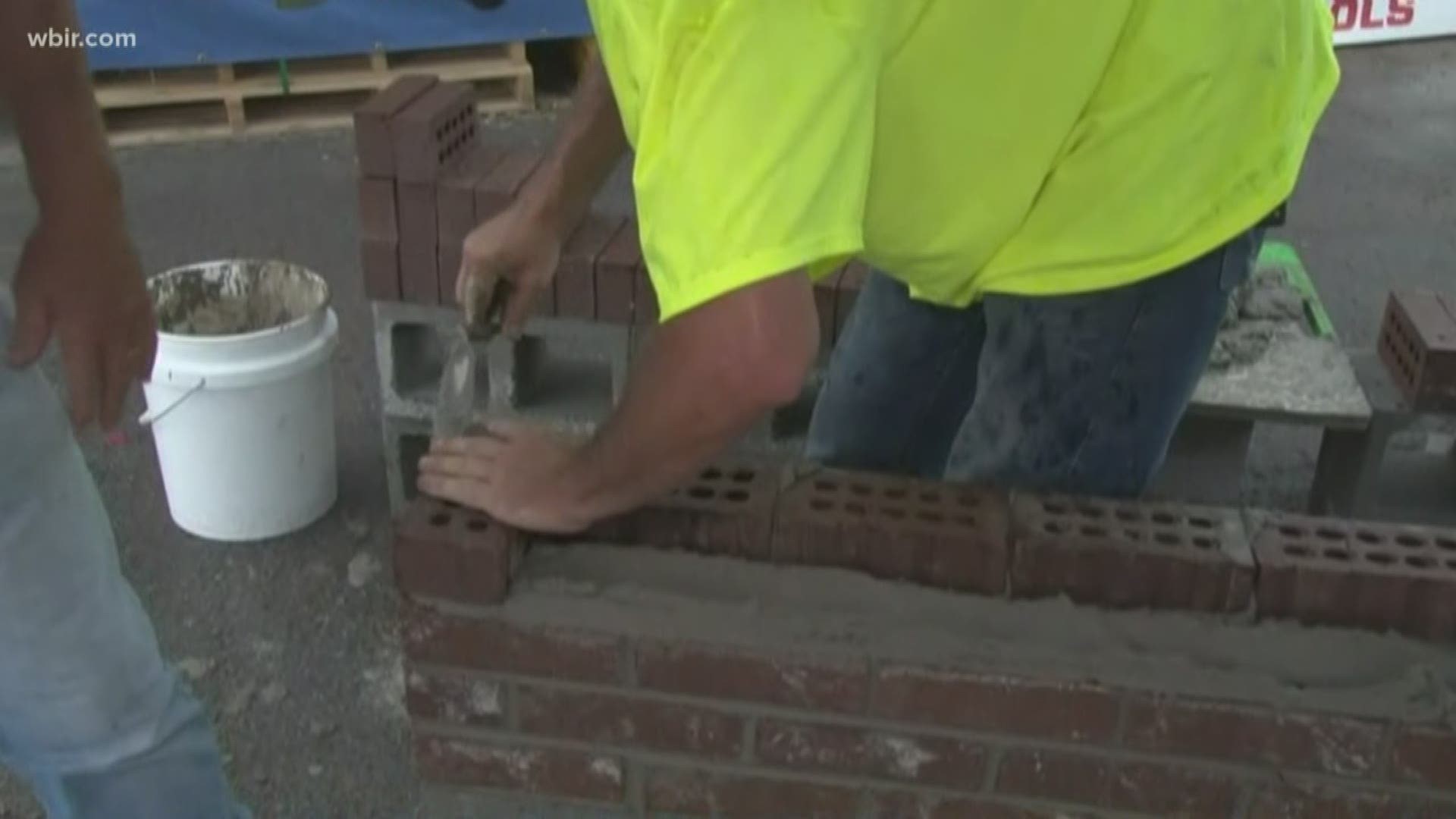 KNOXVILLE, Tenn. — The best brick masons in the region will compete in Knoxville for a spot in the 2020 World Championship in Las Vegas next February.

Their challenge is to lay more than 500 bricks in one hour in what is sometimes called the Super Bowl of Masonry.

Teams of brick masons and tenders will show off their skill, speed and stamina. They will build the best 26-foot-long brick wall, with as few errors as possible, in one hour. The winning team is determined by a judging panel who subtracts any mistakes from the total number of bricks laid on the wall.

The mason with the highest brick count at the end of judging will be named, "East Tennessee's Best Bricklayer."

The SPEC MIX BRICKLAYER 500® East Tennessee Regional Series event is at 11:00 Saturday morning, August 24, at A.G.Heins Company in Knoxville. Food and games are part of the fun.

Knoxville is one of 24 cities hosting regional competitions.

Credit: WBIR
The mason and tender work together to build a brick wall quickly

Other contestants are from Kentucky, Virginia, and North Carolina.