Days before the sale is set to begin, some places along the World's Longest Yard Sale are already dotted with sellers and shoppers. 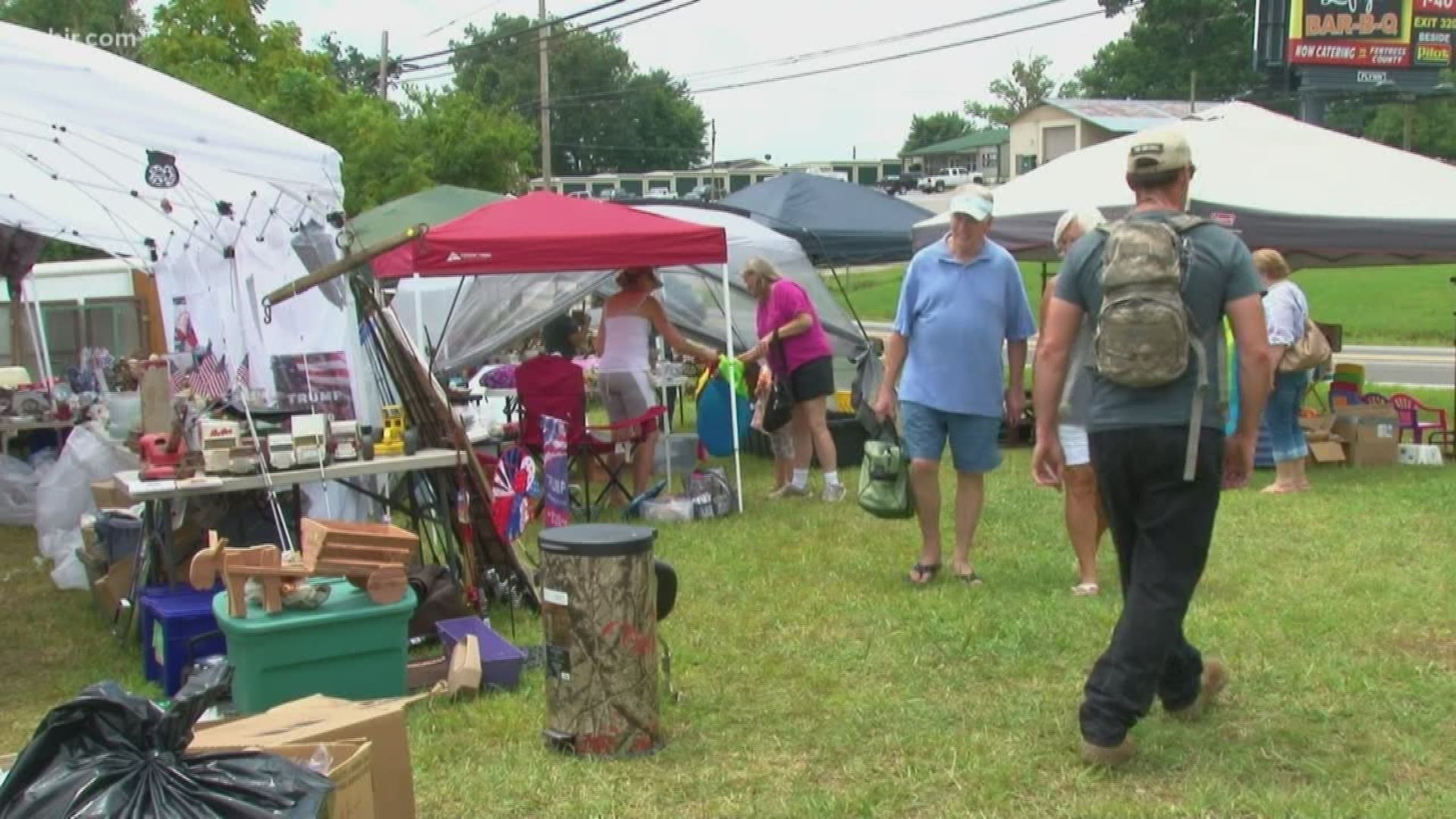 HAMILTON COUNTY, Tenn. — Editor's Note: The video above is from the 2019 World's Longest Yard Sale.

The annual World’s Longest Yard Sale officially kicks off Thursday, going on despite the coronavirus. Days before, Signal Mountain is already dotted with sellers and shoppers.

“When couples come in they stick together but they talk at a distance to the vendors and so it’s not as much one on one as it used to be,” he said.

The community center is a hot spot, letting vendors use their property to set up shop. They’re taking precautions, setting up hand sanitizing stations, and outdoor sinks. Volunteers serving food will wear PPE, and the center is minimizing the use of its indoor space.

“Where we are standing, there will be a very large tent to keep people outdoors in open spaces with a lot of airflow,” Johnson said.

The center is in Sequatchie County, which doesn’t have a mask mandate. Veteran vendor Jeff Hill says about half of his customers are wearing them.

“Typically up here it’s a social distance anyway, whether people are around or not, they aren’t in each other’s face,” he said. “They’re very courteous of space and stuff like that.”

Some vendors have pulled out of the sale this year, but not enough to worry Johnson, who relies on the sale to keep the lights on.

“There is a worry to people and we understand that and we respect that. However, there are more coming in behind them that are filling their spots,” he said.

Despite virus concerns, Hill predicts a big year for vendors.

A lot of people are coming in and they’re buying, they’re needing merchandise, they’re ready to get out,” Hill said.

Sale organizers say it’s up to individual vendors to abide by local and state health guidelines.

Sequatchie County doesn’t have a mask policy. For vendors located in Hamilton County, the health department says they will be required to abide by the countywide mandate.