Good vibes all around: Inside Bernadette's Crystal Garden

Get a glimpse at Market Square's newest location! 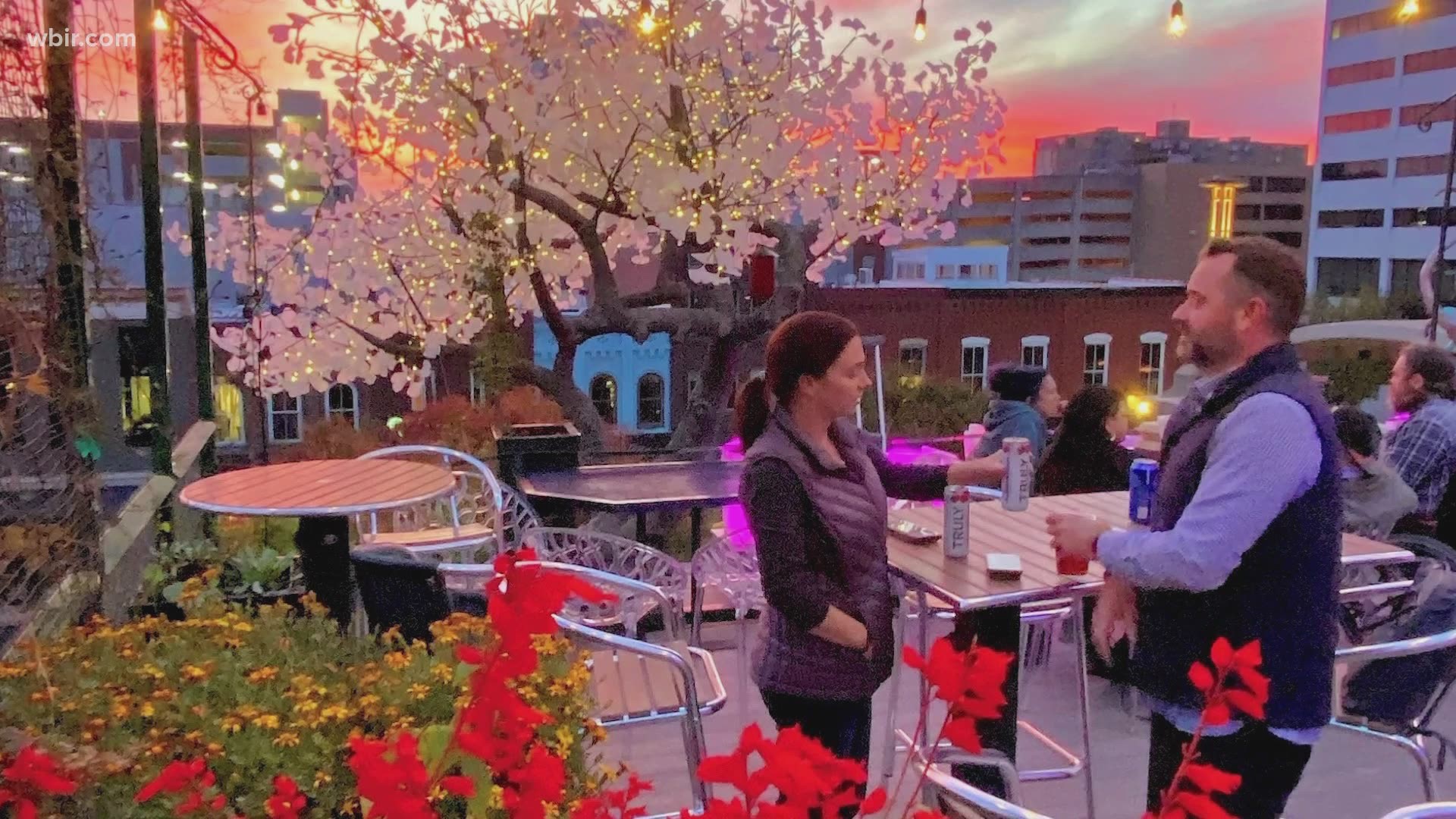 KNOXVILLE, Tenn. — It's a new experience that's meant to spread good vibes all around! Bernadette's Crystal Garden opened on Market Square this week.

Prosecco from a tap and amethyst crystals bigger than you are just part and parcel Bernadette's Crystal Bar's plethora of unique experiences.

It's not just a bar. The enchanting space is the brainchild of Scott and Bernadette West. While alcohol is served up in spades, that is not the overall goal of the establishment.

Bernadette West is the visionary behind these cool crystallized creations, made of citrine, amethyst and more.

"You just know when you come in you feel really good. I think it's I really like art. I really like gardening, so I just incorporated the things that i really love to do," she said.

Each level is a different experience.

The first floor is the Amethyst Lounge, where you're greeted by three massive amethysts, and booths decorated with an assortment of other crystals. There is also an ornate butterfly mosaic on the wall.

It's an eclectic and cozy vibe, with crystals that serve a purpose.

"The Selenite, which is on the first floor, it sucks in bad energy and gives out good energy. I want to try and make it about socializing and interacting with people. I want to go back to you actually are communicating with the people sitting around you," Bernadette said.

The second floor is the Quartz Lounge, it is not yet open but is inspired by flowers and bumblebees.

The third floor is the Gemstone Garden, the centerpiece of which is a Fantasy Tree.

The real magic here? That big tree you're seeing is actually a giant cooler that stores your favorite alcohol. It was acid-stained to make it look like a tree.

At night, the crystals illuminate and cast a glow around the space.

A crystal waterfall is also being constructed on the third floor. Work will begin on it after the first freeze, due to building restrictions around concrete.

The Wests say they hope the crystal garden adds a unique experience to Market Square's wide array of entertainment options.

"I just want everybody to have a good time. We've always been a big proponent of 'everybody's welcome.' You treat everybody with respect. And it's worked out well so far," she said.