KSO's season-opener aims to be 'out of this world'

The concert celebrates the 50th anniversary of the moon landing. 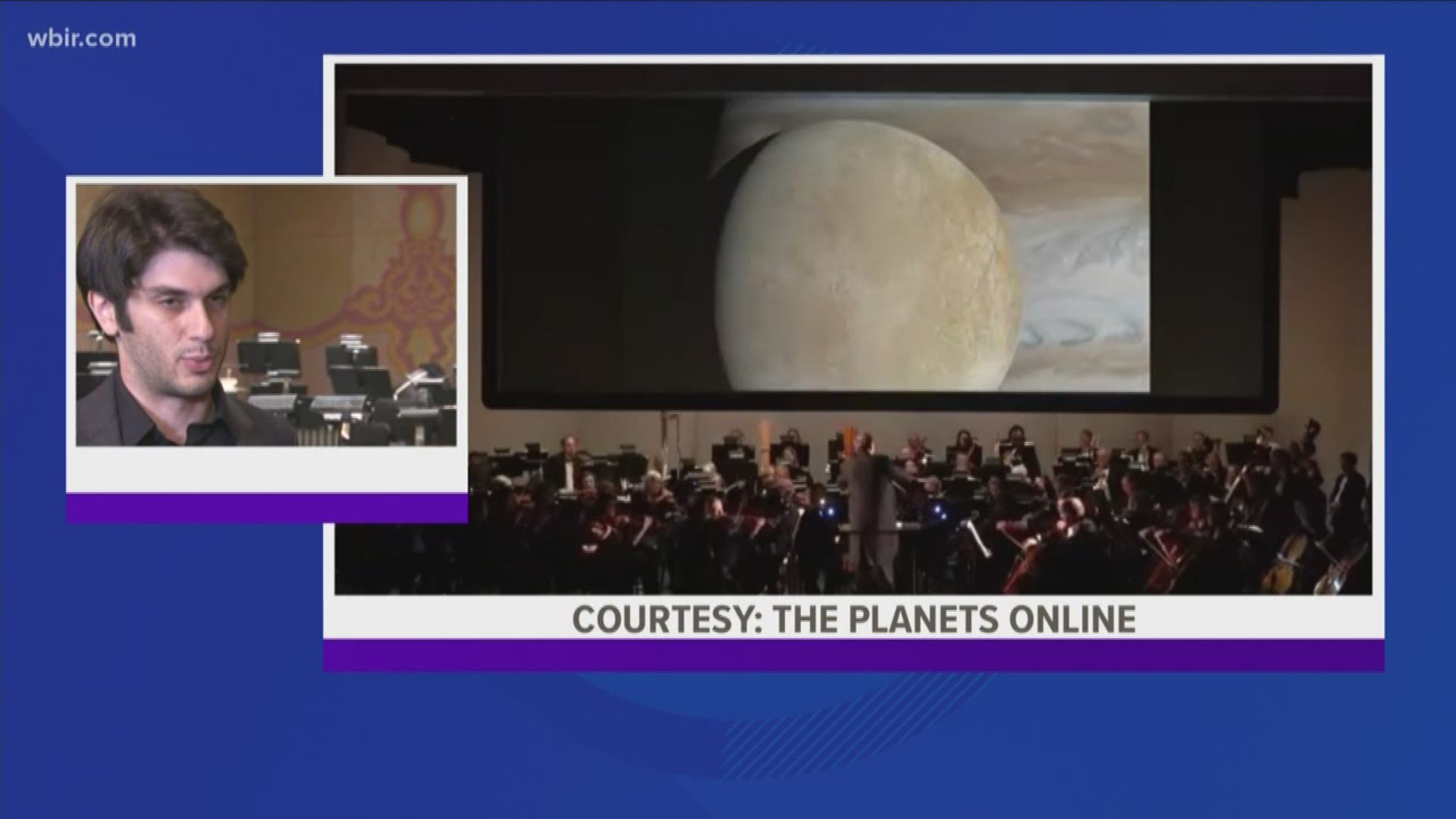 On Thursday, the Knoxville Symphony Orchestra will open its 2019-20 season with a concert sure to be 'out of this world.'

The Moxley Carmichael Masterworks Series concert titled 'The Planets' celebrates the 50th anniversary of the moon landing through musical selections like Gustav Holst's 'The Planets.' The performance will be accompanied by NASA footage and original animations by Adrian Wyard that help illustrate the musical experience.

"I am excited to begin our season with a program that encompasses so much of what the Knoxville Symphony is about — collaboration, history, and multi-genre storytelling featuring both timeless and new music. Holst's The Planets, written in 1915, was the original soundtrack for space, and its sound-world echoes in cinematic scores to this day," Music Director Aram Demirjian said in a press release.

There are performances on Thursday and Friday at 7:30 p.m. at the Tennessee Theatre.

RELATED: Experience art while listening to live symphony on Thursday