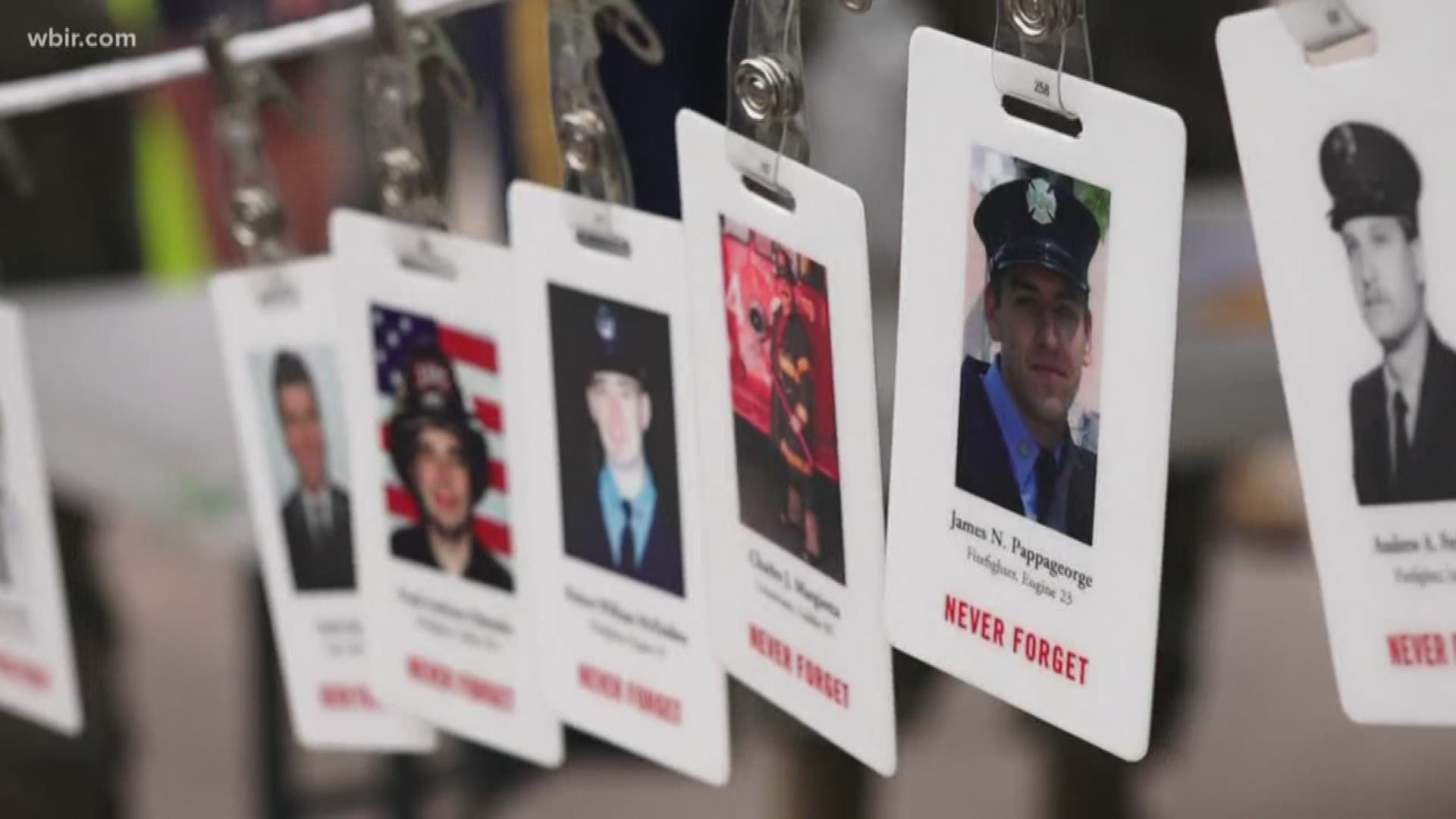 On that tragic day, more than 300 first responders died trying to save lives. Many more have suffered from health problems since.

East Tennessee firefighters and emergency responders will pay tribute to those lives lost with their annual 9/11 Memorial Stair Climb in downtown Knoxville.

The climb kicks off at 8:30 a.m. Some firefighters dress in full gear, with helmets, and tanks on their back and climb the steps of the Sunsphere, taking on the equivalent of the 110 stories of the World Trade Center.

For some participants, each step can be an emotional experience. Each person will wear a badge bearing the name and picture of one of the 343 firefighters who died on 9/11.

RELATED: Volunteers gear up, climb Sunsphere in honor of 9/11 firefighters

In addition to the 343 firefighters, the 60 police officers and 10 EMS responders who died in those attacks are also honored.

Onsite registration is at 7:30 a.m. The climb event is open to firefighters, EMS, police, military and anyone qualified as a first responder.

Those wanting to participate who are not emergency responders can join in as a walker, or donate online.

All the money raised Wednesday will go to the National Firefighter's Association to help the children of those firefighters who responded on 9/11.