The concert series will be held at The Cove at 11808 South Northshore Drive and Clayton Park at 7347 Norris Freeway. 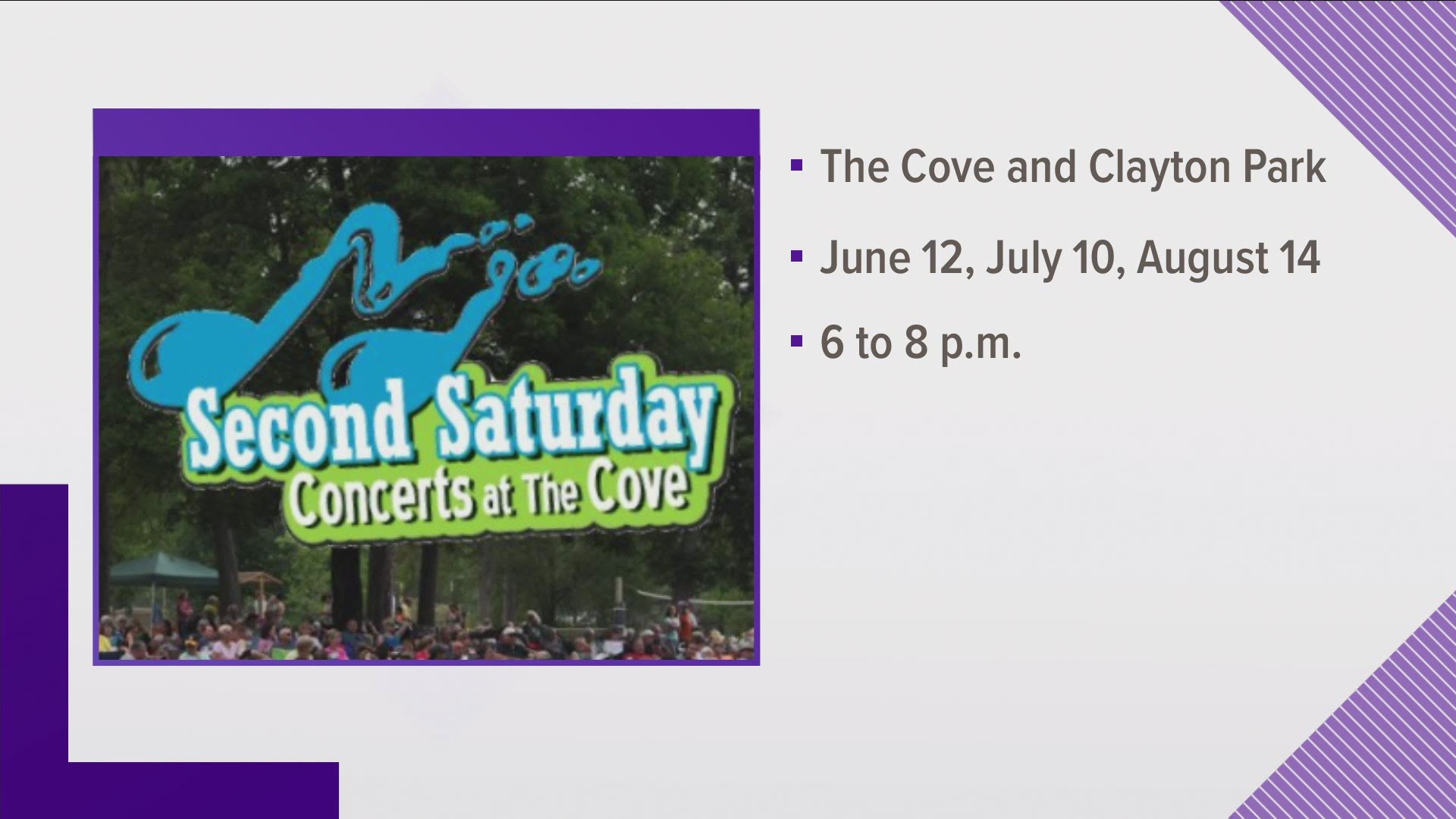 The concert series will be held at The Cove at 11808 South Northshore Drive and Clayton Park at 7347 Norris Freeway.

You will be able to enjoy live music on the second Saturday of each month from June through August from 6 p.m. to 8 p.m.

Attendees are encouraged to bring their own blankets, lawn chairs, and food. No alcohol is allowed, officials said.

The dates for the concert series are the following:

If any concert has to be canceled due to weather, the county will post a notification to the Parks and Rec Facebook page and the Park’s Twitter page.

The county will be sharing more details about each band during the week or so prior to each Second Saturday event, officials said.

Knox County is again hosting its Second Saturday Concert Series this summer at The Cove and Clayton Park. The free concerts are held from 6 to 8 p.m. June through August on the second Saturday of each month.
Check out the lineup: https://t.co/oxuhztNFKP pic.twitter.com/vfsCADM32B