Dollywood opens to the public on March 13, and they've got some shows, new dining options, and improvements to some popular rides. 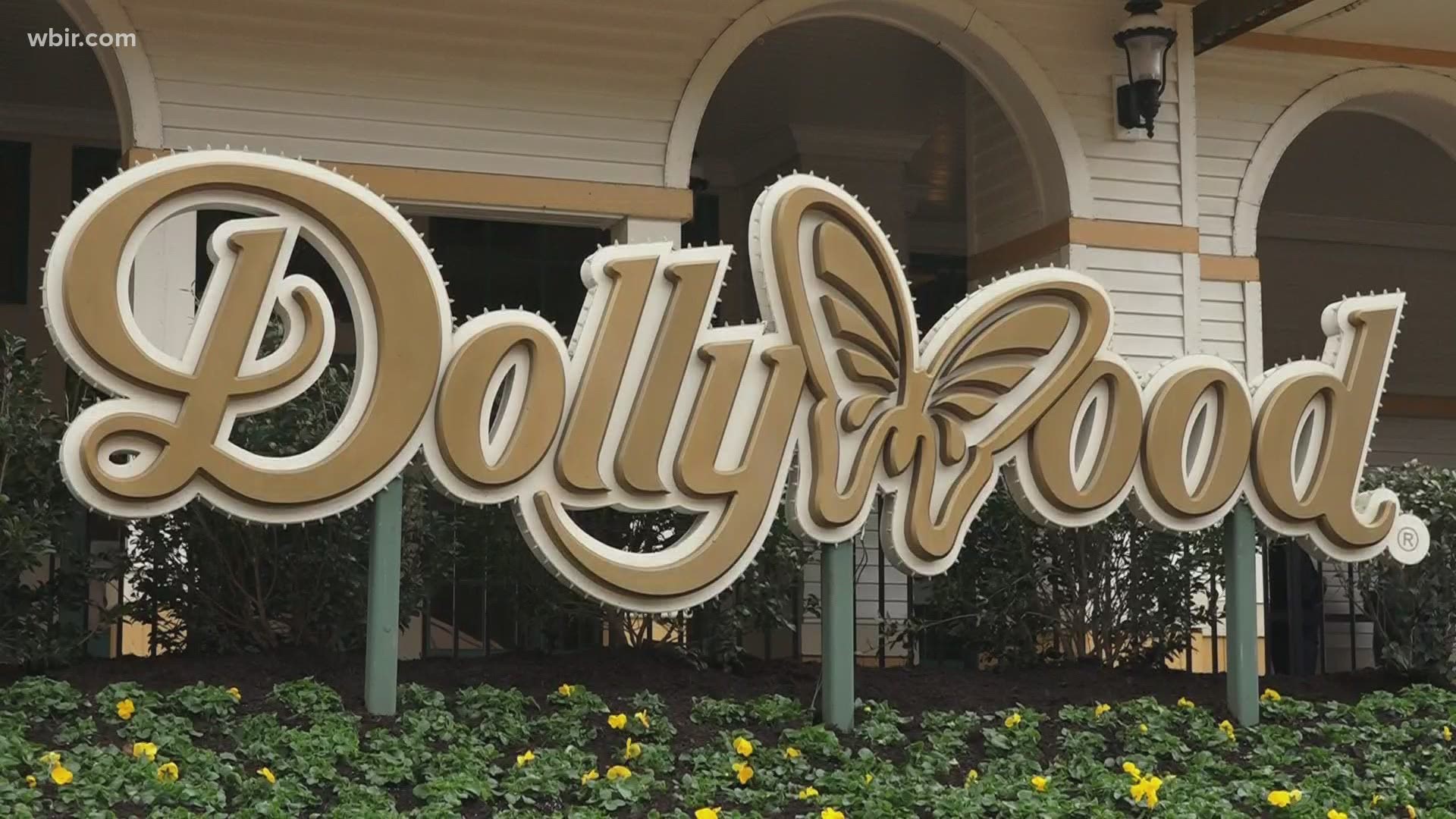 PIGEON FORGE, Tenn. — It's been a busy off-season at Dollywood, but the park is anxious to welcome visitors.

Park officials say they have a lot of new things to offer this year, along with traditional favorites returning like Dollywood’s Harvest Festival, Great Pumpkin LumiNights, and Smoky Mountain Christmas.

Season pass holders will get a sneak peek of what's new on March 12, then the park opens to everyone on March 13.

But you don't have to wait! Here's what will be new at Dollywood for the theme park's 36th season: 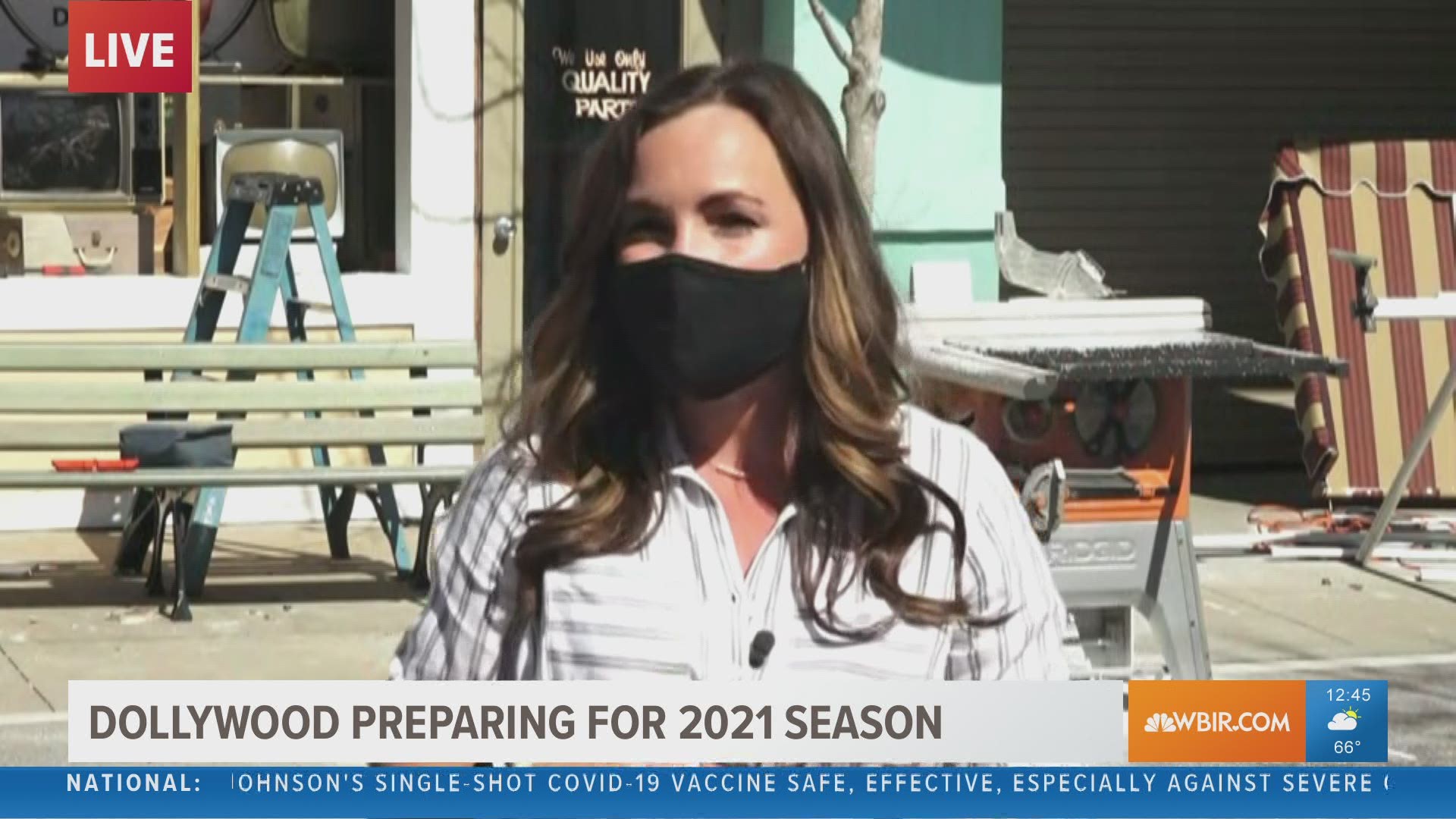 The new Melodies of Spring concert series will be presented during the Flower & Food Festival, set for April 23-June 7. It will feature contemporary Christian artists, Southern gospel groups, and other inspiring acts at DP's Celebrity Theater. Among the artists currently scheduled are Matthew West, Big Daddy Weave, I AM THEY, Rebecca St. James, Sidewalk Prophets, the Rhett Walker Band, Triumphant Quartet and many more.

Dolly's family will be featured in a new show called Harmonies of the Heart that will debut in March.

A Brighter Day, starring Dollywood's own performers, will also start in March. It's an "inspiring show that delights guests with uplifting favorites at the Back Porch Theater."

The Tones will take on acapella hits daily in The Village, also starting in March. All the new shows continue until the fall.

If you like to eat, there's a new way to indulge during the Flower & Food Festival. The Dining Day Pass will allow guests to partake in multiple entrees at a number of culinary locations during the springtime event. Among the items available during the festival are lobster rolls, hand-breaded fish and chips, Cuban sandwiches with plantain chips and mango salsa, as well as mini-funnel cakes with Chantilly cream and drizzled lavender honey.

There will also be more places to sit down and enjoy your meals, all year long. The park is adding large sitting areas near popular dining locations like Dogs N Taters and the Hickory House.

This work will move Dollywood’s blacksmith shop will just across Craftsman’s Valley to its former location next to the Robert F. Thomas Chapel, which is also undergoing some renovations. Crews are putting on a new roof, footings, and more. 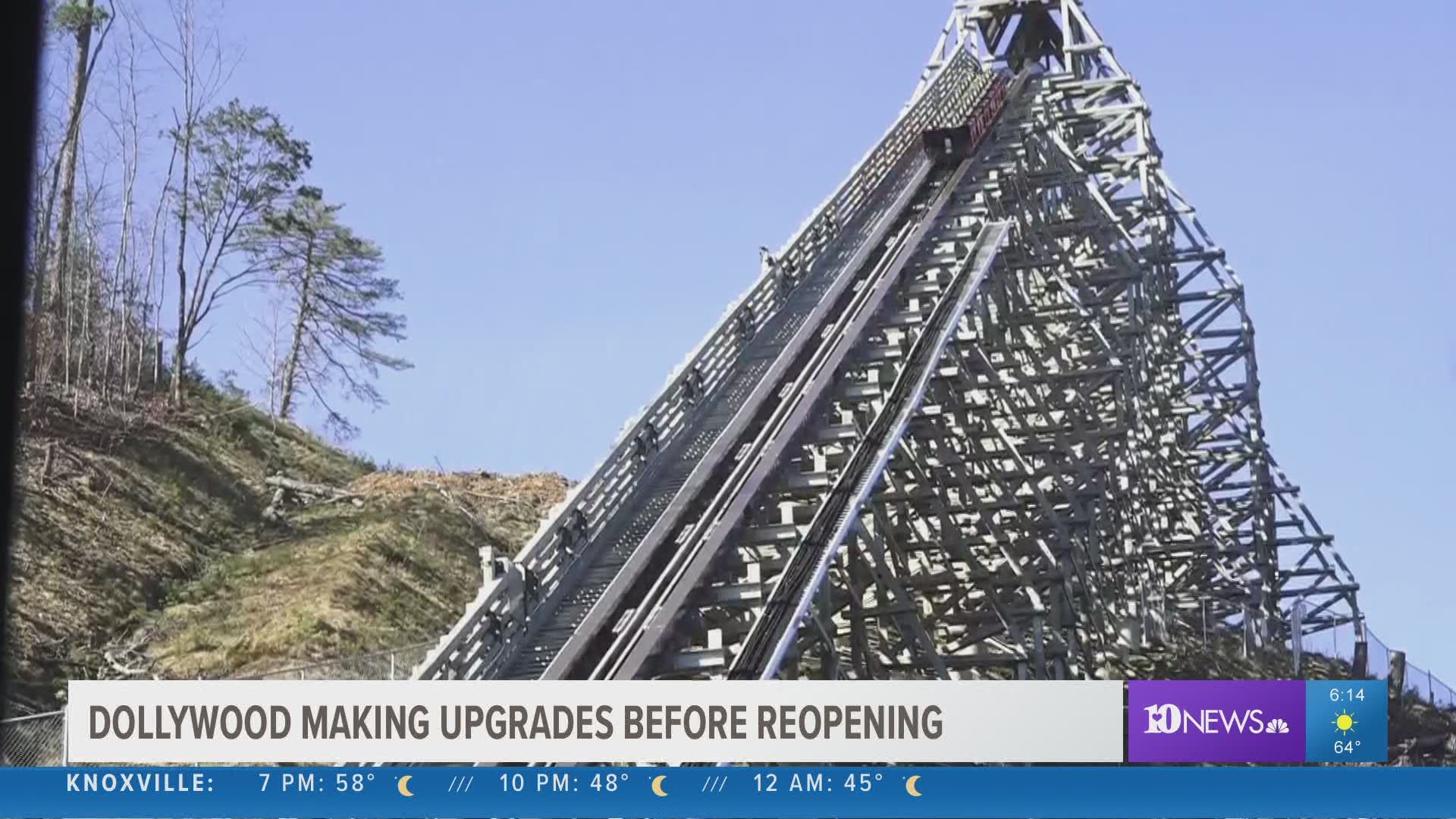 A new light show is coming to Dollywood this summer. The theme park said a light show with drones and fireworks will light up the sky every night between June 25 and July 31.

The theme park said the multi-sensory experience will paint the night sky above Dollywood with stunning animations and storytelling to create a symphony of light.

One of the park's most popular rides is also one that's been closed a lot in the past. Officials are hoping to change that with some modifications made to the Lightning Rod roller coaster. It now features a hybrid track structure that includes both a wood stack “Topper Track” and a steel “Ibox” track installed by the ride’s manufacturer.

In addition to the special projects throughout Dollywood, construction crews are also doing a lot of routine jobs to keep the park looking its best.

Every off-season, workers replace roofs, siding, and flooring where needed throughout the park.

"Teams will use around five miles worth of lumber as they work to complete these projects," according to a press release.

There's also a lot of painting going on. Every off-season, everything in the park that's below waist-height will be repainted. This year, 15% of the buildings got a complete new paint job.