Farragut and Powell hosted huge parades on Saturday for the Fourth of July weekend. 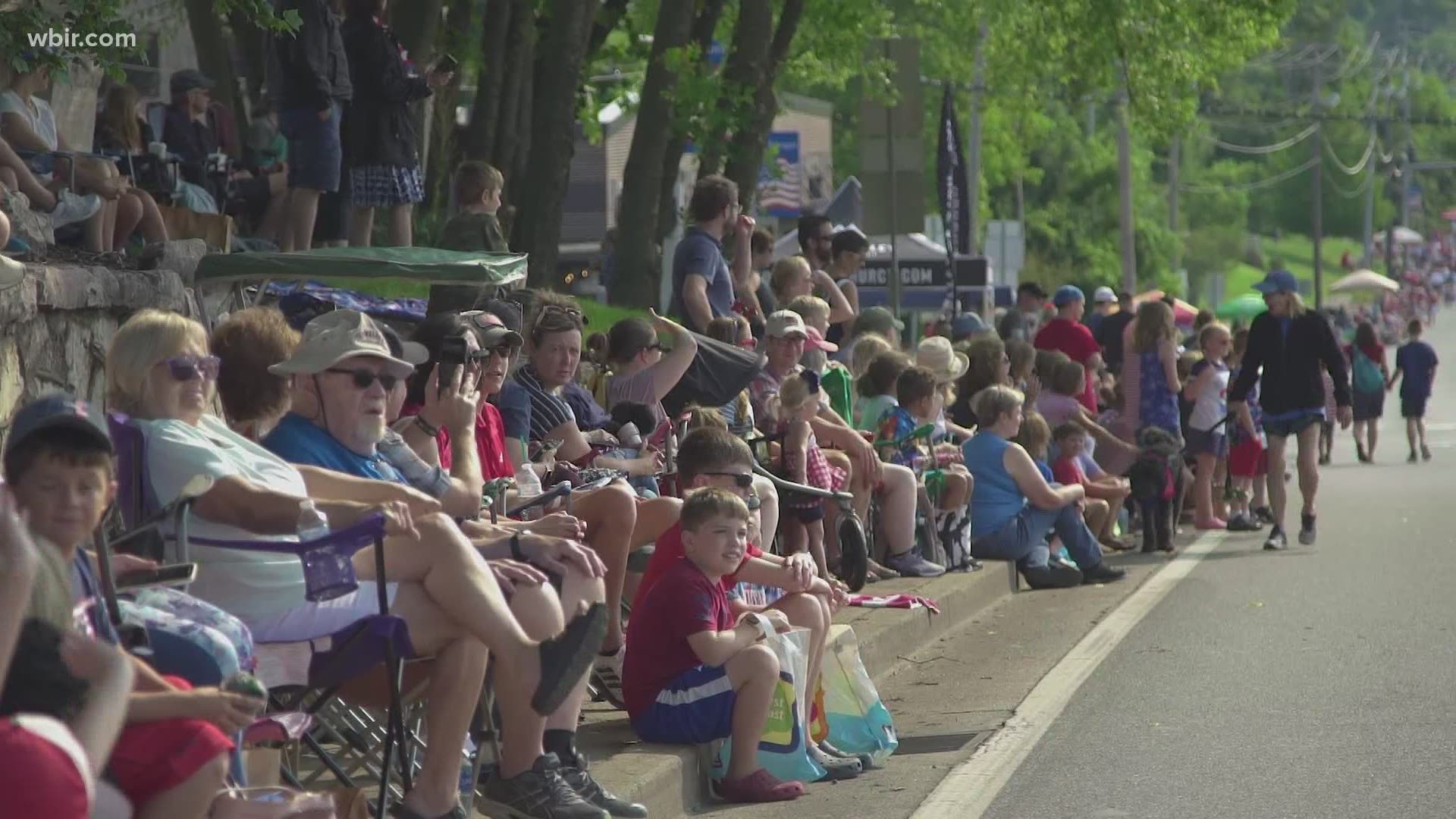 KNOXVILLE, Tenn. — In 2020, many towns in East Tennessee had to change how they celebrated the Fourth of July because of the pandemic. Many were canceled due to safety restrictions, and many people stayed at home.

This year, things are different. Crowds of people lined the sides of Farragut and Powell roads on Saturday afternoon to celebrate the Fourth of July weekend. Floats drove down the streets as operators waved to families. Music from performing bands rang through the towns followed by cheers.

The parade started in Farragut at 9:30 a.m. with groups stepping off from Farragut High Schools. It stretched around 1.5 miles to a nearby Ingles, and many groups joined in. Firetrucks cruised down the road followed by pickup trucks, banners and even a robot on wheels carrying two flags.

At 11:30 a.m. Powell's Independence Day Parade started from the Powell Middle School, ending in the parking lot of Powell High School. It also stretched around 1.5 miles through the "Heart of Powell."

Candy was given out to attendees who eagerly applauded along the side of the road. And after the parade, organizers held a party at the Powell Station Park Splash Pad. The party included free food, drinks, games and even a petting zoo.

It was organized by Powell Lions Club, a community service organization. Utility trucks, banners, people dressed as T-Rexes and even a foam sprayer were all seen in the parade.