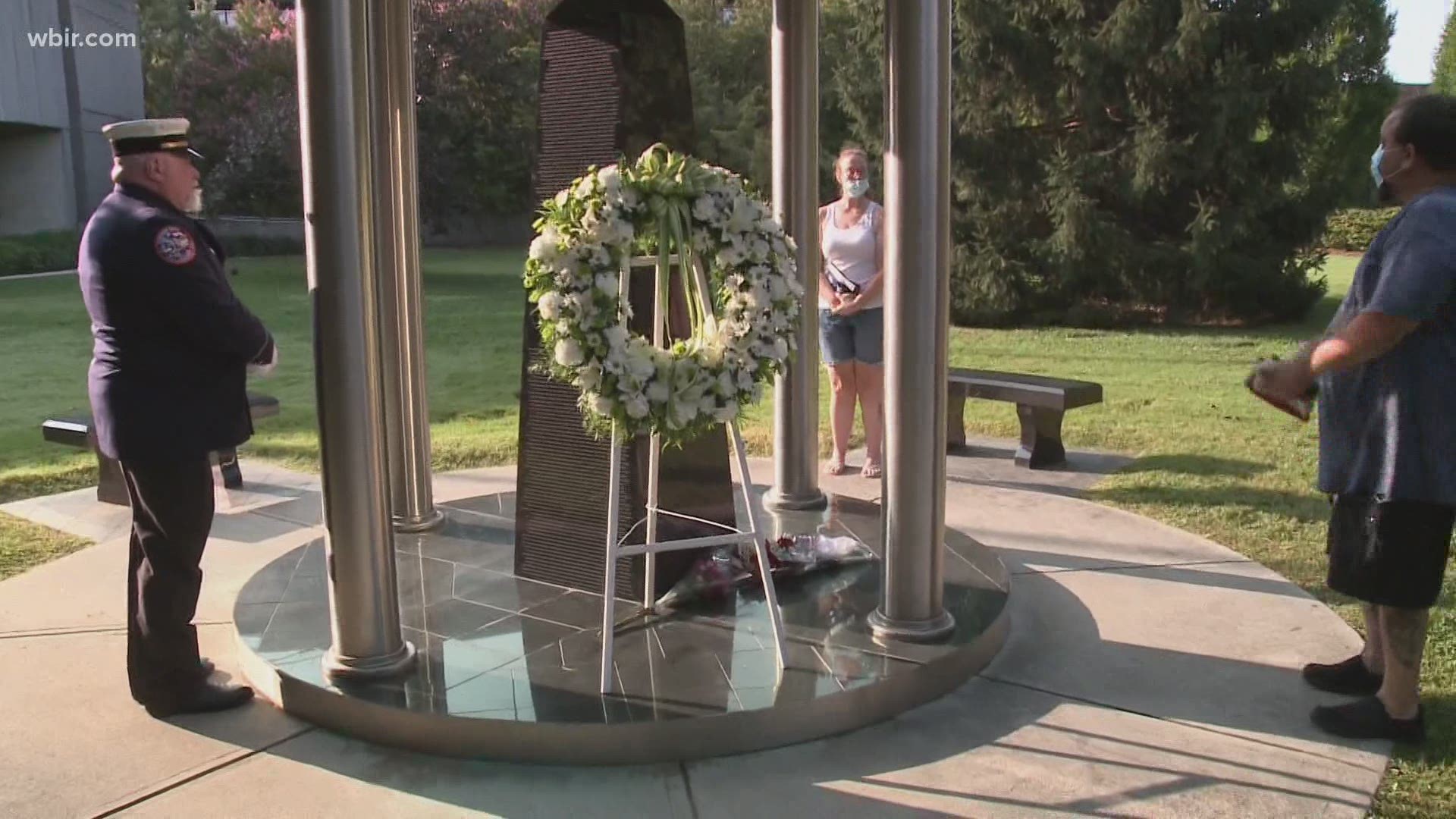 On September 11, 2001, two airplanes crashed into the World Trade Center towers during a terrorist attack. Another airplane crashed into the side of the Pentagon, and a final plane, brought down by passengers who fought back, crashed into a field in rural Pennsylvania.

The events of Sept. 11 persist in the memories of Americans, even 19 years later. Even though social distancing guidelines require people to stay six feet apart, leaders still planned several memorials and events to commemorate the events and remember the people who were lost.

Flags will also be flown at half-staff Friday from sunrise to sunset, Governor Lee said during a briefing on Thursday. A list of events the public can attend or take part in can be found below:

The times commemorate the times when planes crashed into four different locations across the northeastern U.S.

Wreaths Across America arrived in Knoxville Sept. 5 - 6 with a mobile exhibit to commemorate veterans and share stories of patriotism.

City of Knoxville and Knox County officials will gather at the City County Building on Friday at 8:45 a.m. to honor the victims of September 11, 2001. Then at 8:46 a.m., they will observe a moment of silence for the victims of the terrorist attacks that day.

At the same time, First Baptist Church will ring its bells to mark the time hijackers crashed American Airlines Flight 11 into the North Tower of the World Trade Center.

Knoxville City Mayor Indya Kincannon and Knox County Mayor Glenn Jacobs will present a wreath at the base of a monument made by Randy Vaden and installed in 2003 — a black granite obelisk off Main Street.

Masks will be required at the event, and people should practice social distancing.

First responders and the public can use their stair climb machines to complete the 110 flights of stairs, which is the same amount first responders completed during the 9/11 rescue mission.

He will be sharing his insights and experiences on the disaster response at Ground Zero. Guests can hear his talk at 12 p.m., 1:30 p.m., or 3 p.m. This program is included free with museum admission, seating is limited and based on availability.

Tickets will also be discounted to $10 per person, with a canned food item to benefit the Sevier County Food Ministries.