Fireworks shops across East Tennessee are seeing higher demand than usual. They emphasize the importance of safety as people celebrate the Fourth of July. 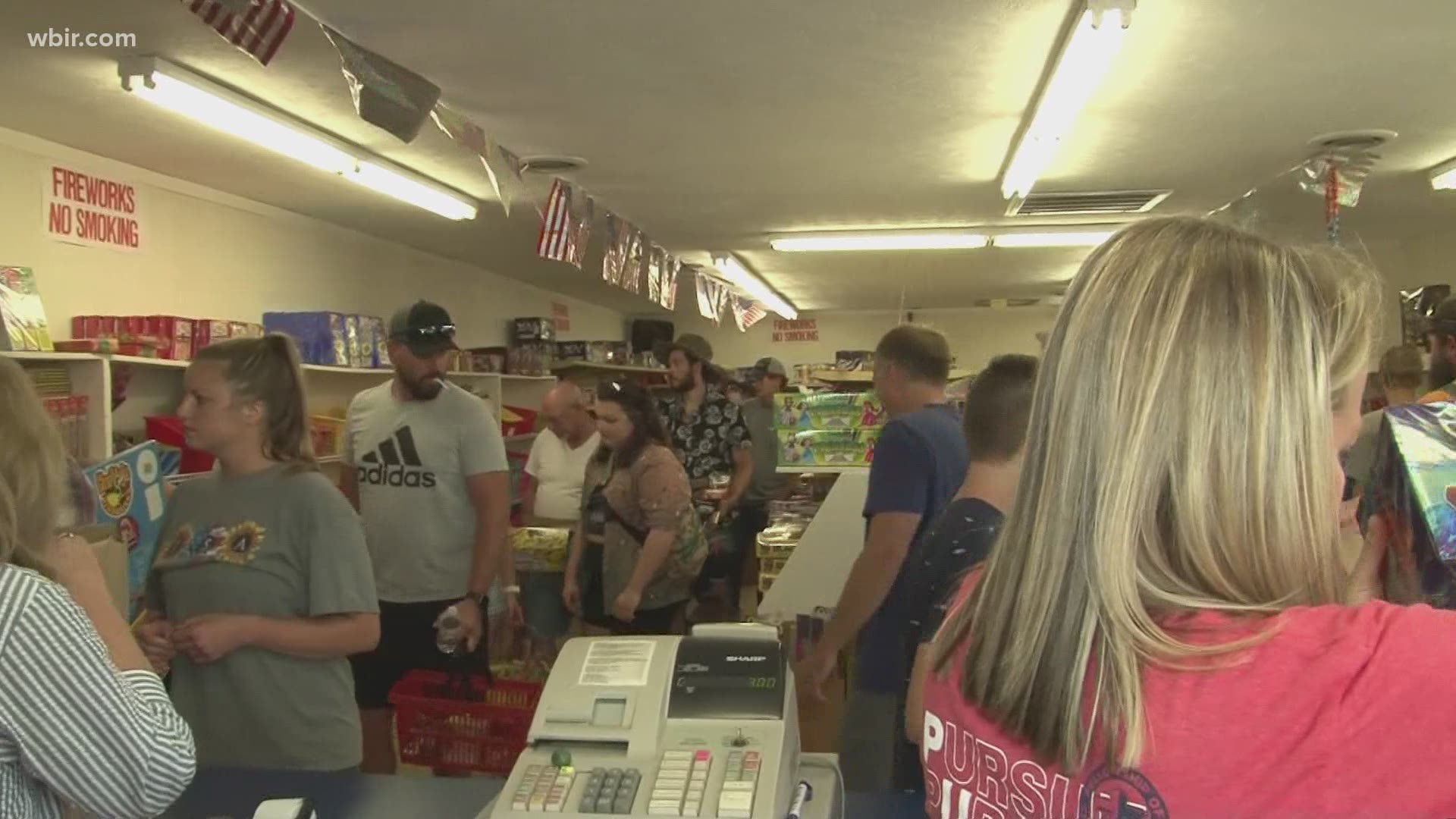 But workers and owners said they not forgetting why the holiday is so important.

"John Adams, our second president, said that he believed Independence Day should be solemnized from coast to coast with illuminations," said Amy Davis, the co-owner of Foothills Fireworks.

That's exactly what people are preparing for, getting all the goods to light up the night sky. And the Fourth of July isn't the only day when they've seen unusually high demand for fireworks.

Just hours before the clock struck midnight and it was officially the Fourth of July, the store had to restock. Davis said that her husband drove to Kentucky July 3 to pick up more supplies to sell, making sure they had enough fireworks to get them through the holiday.

Lines were also out the door at Krazy Kester's as staffed hauled in more fireworks to keep their customers satisfied. They say they've been so busy, they're worried they may sell out.

"It's amazing. We have never had a July 3rd like this and we may not be here July Fourth, depending on tonight," said Judy Chambers of Krazy Kester's.

After people faced the COVID-19 pandemic, owners and workers said there's a lot of bottled-up energy ready to be released through the excitement that the Fourth of July brings.

"Everyone is excited to see the end of a bad year, and we want to celebrate and be happy for what we have and we hope everyone does have a great Fourth," said Chambers. "We've never seen so many people so excited to have a good time."

To have a good time though, officials and experts said that families need to stay safe. They are reminding people that it's important to handle fireworks with respect, keeping in mind that they are flammable and they are explosive.

"Once the firework is done it can still be flammable," said Davis. "It can still catch on fire so a good idea is to have a big 5-gallon bucket of water right next to you."

Parents should also make sure they keep an eye on their kids, ensuring they do not wander anywhere dangerous or handle large fireworks.

Both Foothills Fireworks and Krazy Kester's plan to be open July 4, and said customers will need to get what they can before the shelves clear up.