SkyLift Park will host a highline team, where performers will walk a line suspended 150 feet in the air, Oct. 17-18. 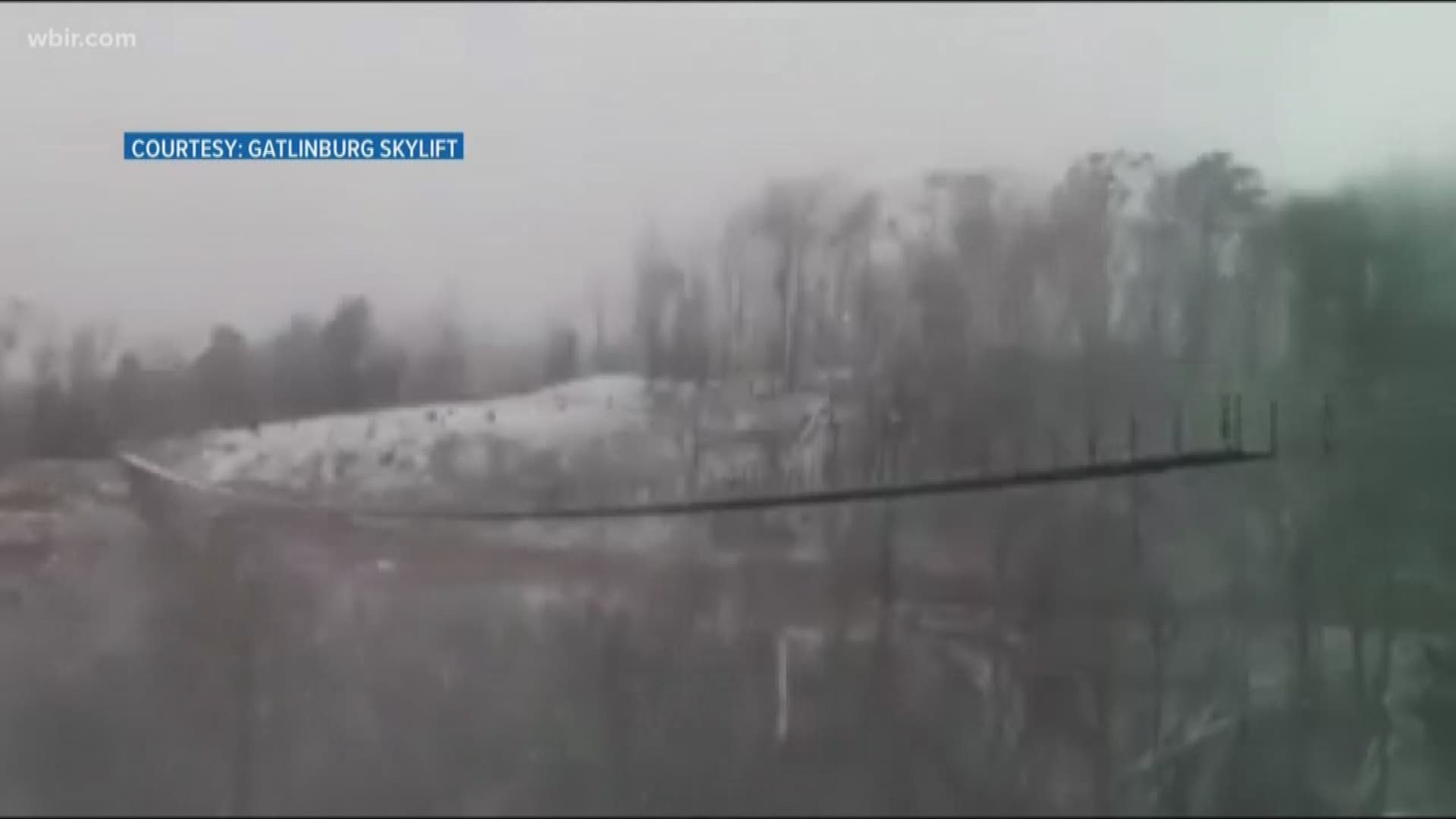 GATLINBURG, Tenn. — Anticipation for the SkyLift's new SkyTrail is sky-high, and the park is hosting highline team performances to celebrate its grand opening.

However, due to weather, the Grand Opening will be postponed.

The performances will now take place on Oct. 17-18, where performers will walk a 75-yard line suspended 150 feet in the air. It will also be rigged with lower tension, which can cause the line to swing and bounce. Performers will not walk with a balance pole or any stabilizing lines, according to officials.

“Walking on a highline is much more of a moving meditation than about adrenaline chasing,” said Thomas Rogers of Rucksack Circus, the group that will perform. “You really enter into a flow state when on the line."

A member of the team will give commentary and will be available for questions during each performance, officials said. Guests will also be able to try line-walking themselves on a short line on the SkyDeck, according to a release.

The SkyTrail will also open, giving people a chance to explore a scenic walkway connecting both sides of the SkyBridge. The trail will follow the slope of Crockett Mountain, giving people views of the iconic Gatlinburg attraction.

There will be covered rest areas and elevated platforms along the trail, according to officials. Dogs will also be allowed to walk the trail along with their owners.

Performances will be scheduled at several times throughout Saturday and Sunday. They first is scheduled for 11 a.m. Saturday and the last one of the day is set for 9 p.m. Sunday performances are at 11 a.m., 1 p.m. and 3 p.m.

SkyWalk
Other event in Gatlinburg, TN by Gatlinburg SkyLift Park on Saturday, October 10 2020 with 319 people interested.