Organizers of the "Protect the Afghans" rally said that it was scheduled for Sept. 15 at 5 p.m. in respect of a member of the Muslim community who passed away. 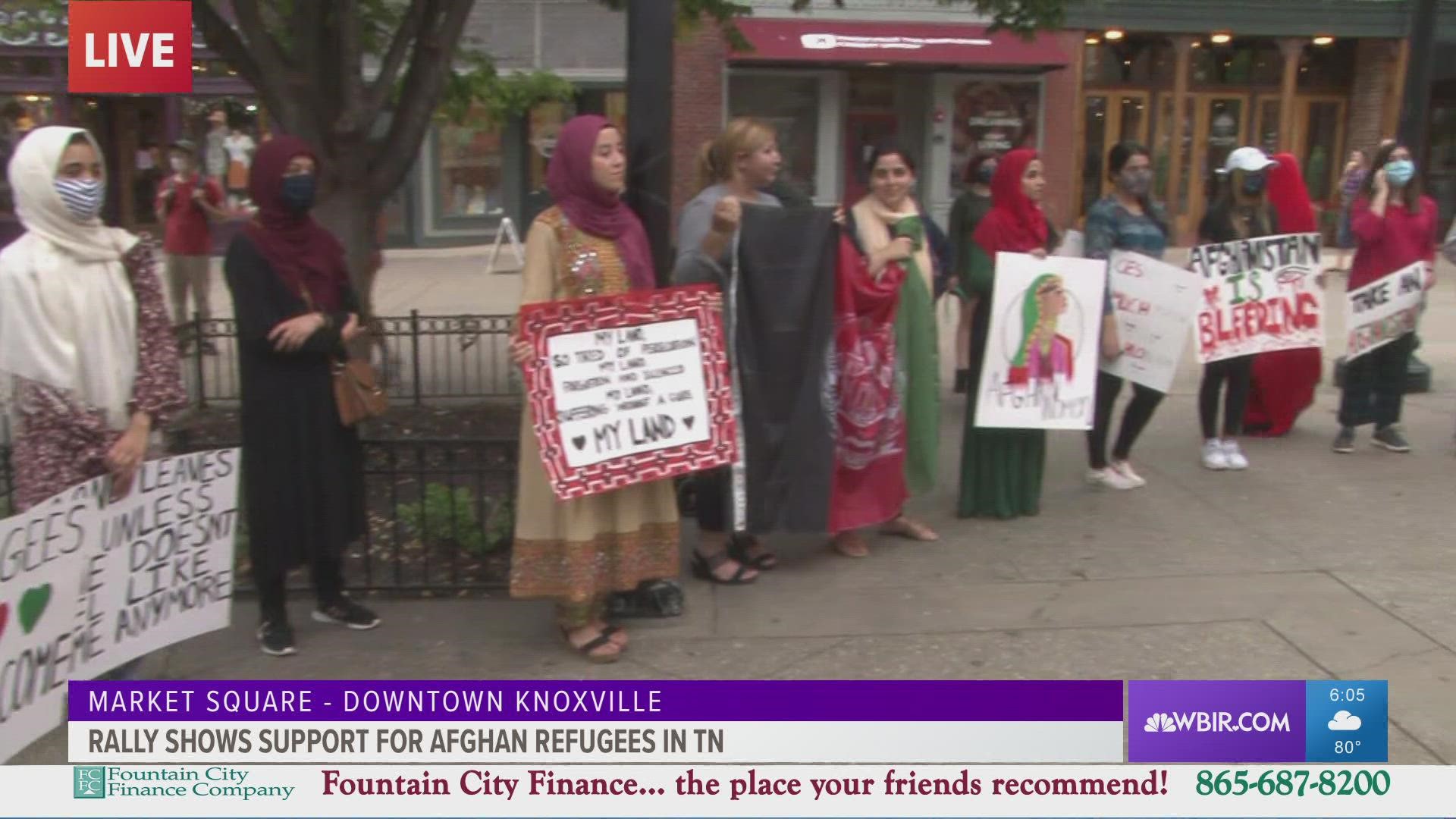 KNOXVILLE, Tenn. — A group was scheduled to gather in Market Square on Wednesday for a "Protect the Afghans" rally. The event was organized to show support for Afghan refugees arriving in Tennessee.

The event was rescheduled to respect a prominent figure in the Muslim community who recently passed away, according to organizers.

The group that organized the event said they hope to see more refugees make their way to Tennessee. Around 300 refugees were recently welcomed to Nashville, after evacuations in Afghanistan following the U.S. military leaving the country.

Organizers of the event also said they also hope to continue supporting Afghans with humanitarian aid. Around 23,000 refugees have been welcomed into the U.S. so far, according to reports.

The rally was scheduled to kick off at 5 p.m. Wednesday evening.

"I feel like that’s the most important part, just showing our support in general for these Afghan refugees and letting them know there was a demonstration supporting them," said Husna Iqbal, an organizer of the event. "The fear of isolation, especially coming from a different country to a country like the United States, it’s like a culture shock and just knowing that someone is there that wants them to be there is definitely one of the most important things."