The Dolly Parton-themed festival will support the Imagination Library of Knox County. Events and specials will be available throughout Old City. 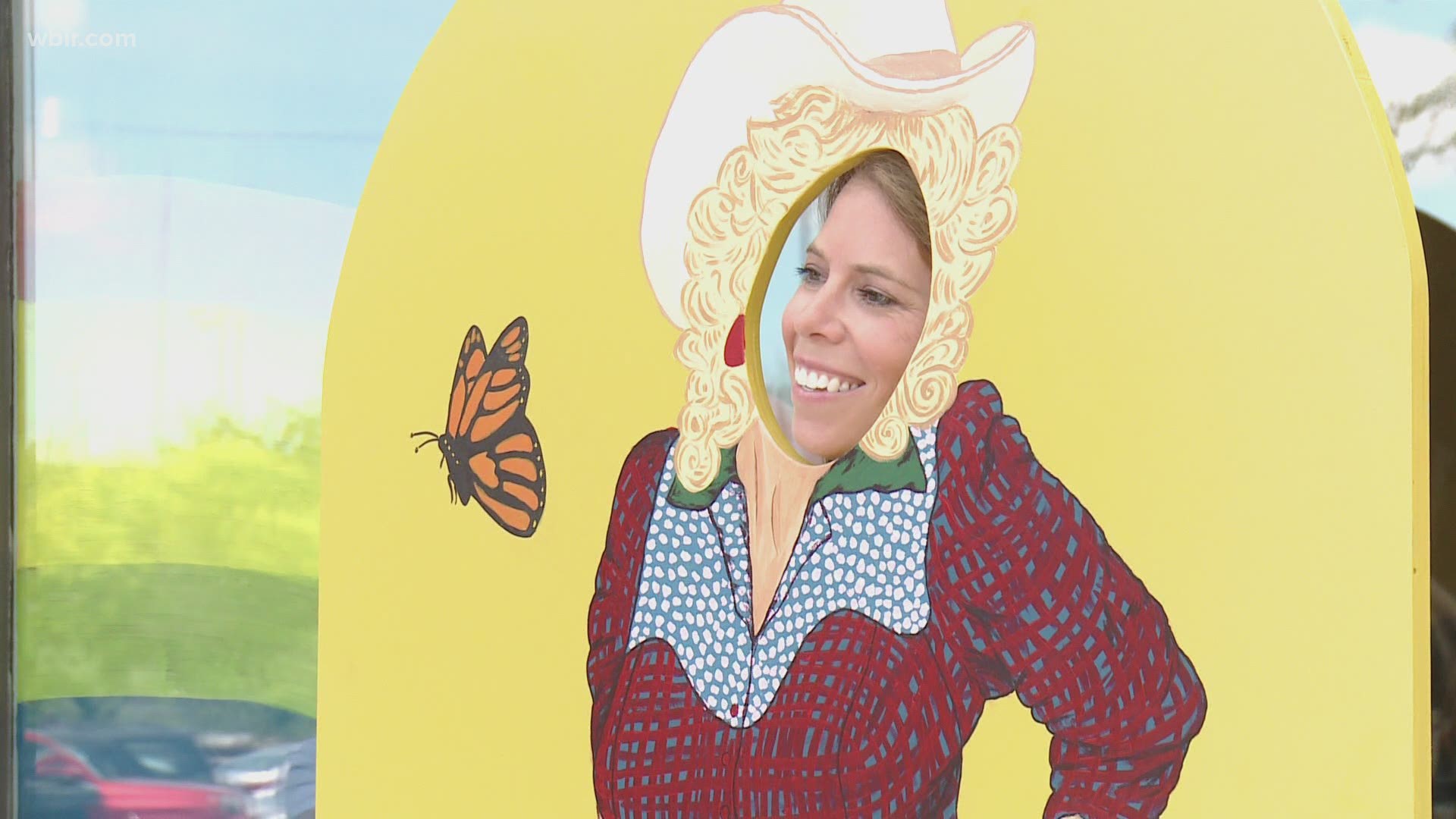 Dolly Fest will kick off in the Old City starting Friday and it will last through the weekend. Several stores and galleries will participate in the festival, with many offering Dolly-themed specials for anyone who shows up. There will also be a "Dolly Dress Up Contest" at Honeymouth.

Photos of people dressed up as Dolly Parton will go on the store's social media page for voting. Winners will receive a $100 Honeymouth gift card some local goodies! The store will also have dolly-themed items up for sale.

There will also be an art show showing works centered around Dolly Parton at Rala, for the Third Annual Dolly Art Contest. Prizes will be awarded at 7 p.m. on Friday. Emporium will also feature artwork from Kara Lockmiller, who is known for her pop art.

The Red Gallery will also host an art show presented by Deana Fulton and Mark Burns, with an opening reception from 4 p.m. through 8 p.m.

The Urban Bar will also host an art sale with proceeds going to the Imagination Library of Knox County, Dolly's nonprofit delivering books to underprivileged children across the world.

ACF Jewelry will host a concert in its underground studio featuring banjo music from Gary Davis, Dolly's banjo player. They will host the concert on June 4 and 5 and tickets cost $35.

Awaken will have Dolly-themed drinks named after some of her songs. The "9 to 5" will feature a vanilla chicory cold brew. Meanwhile, Central Depot will have a Dolly-themed cocktail and offer 10% off for anyone dressed up.

Dogwood Arts will host a social media contest for a chance to win a family four-pack of day passes to Dollywood.

🦋 DOLLYWOOD GIVEAWAY TIME 🦋 In honor of the @OldCity_Knox #DollyFest this weekend, we're giving YOU the chance to win a family 4-pack of day passes to Dollywood! Simply COMMENT ⬇️ your favorite thing about Dolly💄 and RETWEET 🔄 this post now through June 6th! #DogwoodArts pic.twitter.com/NsZ7ohLb7l

Old City Java will offer "cups of ambition" for anyone who stops by, while the Jig & Reel prepared an entire Dolly-inspired menu. Jacks, Kaizen, Tako Taco and Merchants of Beer also prepared specialty drinks for the festival.

The Mill & Mine will host a "9 to 5" movie screening on Friday starting at 8:30 p.m. Tickets are $5 - $10. Meanwhile, the Old City Sports Bar will play Dolly songs every hour and host Friday night trivia about Dolly starting at 7 p.m.

Pour Taproom and south Made Marketing created an Instagram Moment for social media. A self-station will be available with a Dolly-themed backdrop.

🌟 Dolly Fest kicks off on June 4 throughout the Old City! Dress up in your Dolly-best for a weekend celebrating the...