The candle lighting ceremony was in honor of Yom HaShoah, a day of commemoration for those killed in the Holocaust. 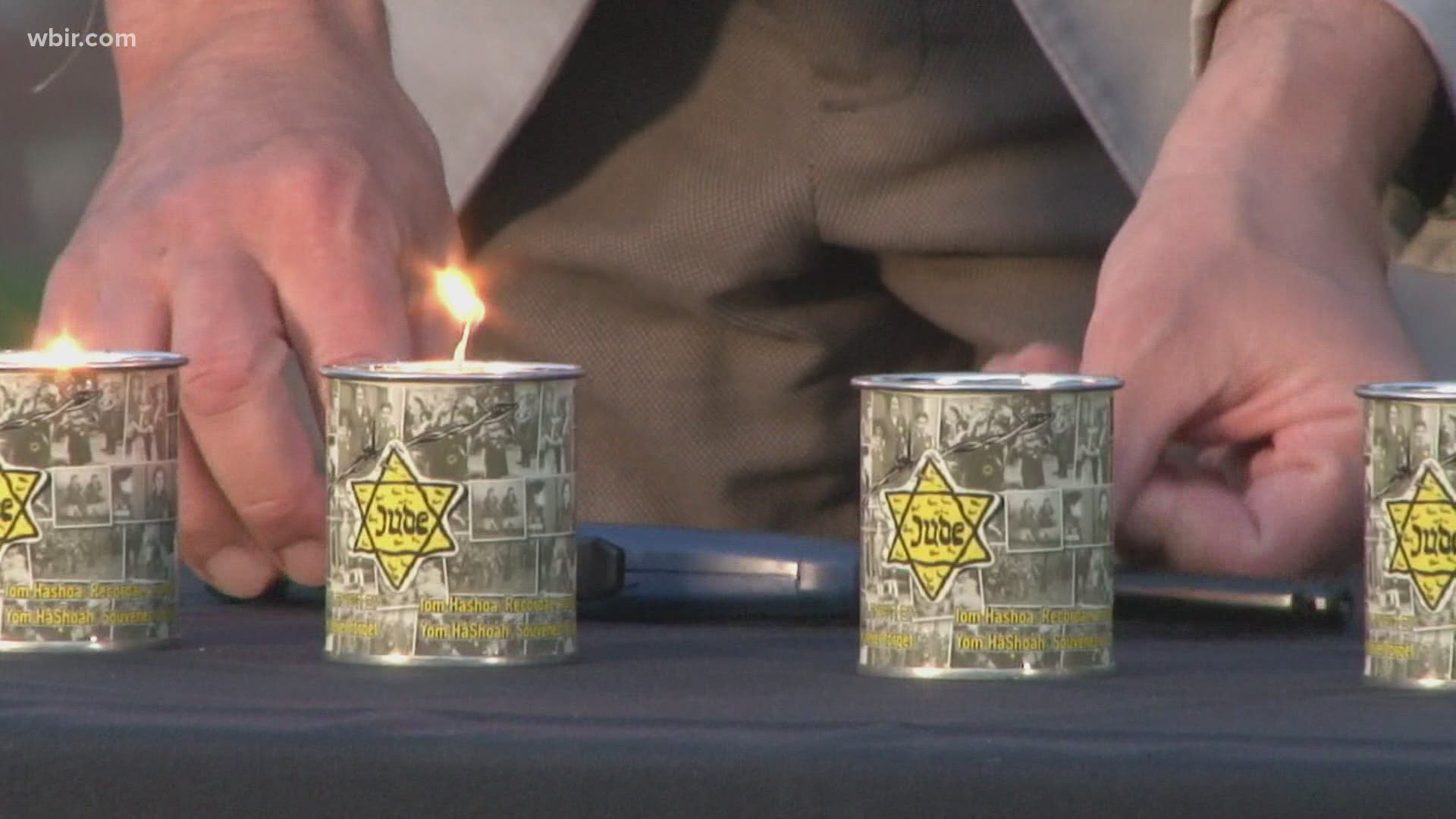 KNOXVILLE, Tenn. — People lit yellow candles in remembrance of the lives lost in one of the most significant tragedies in history Wednesday night — the Holocaust.

The Knoxville community lit yellow candles to represent the Star of David, a key symbol for Jewish identities. The ceremony was held in honor of Yom HaShoah, a day of commemoration for the Jewish people killed by the Nazis in the Holocaust.

"If anyone was passing by and didn't know what this event was, it's to light a candle in remembrance of everybody that died from a very hateful tragedy and to fight against hate in our modern world, wherever it is," said Bryan Goldberg, President of the Knoxville Jewish Alliance. "To stamp it out. To shine a lot on it."

Around six million Jewish people died in the Holocaust by the end of World War II in 1945. The day of remembrance was established in Israel in 1959.

The event was also held virtually, and people could email the Knoxville Jewish Alliance for a Zoom link to the event.

Join us tonight at 8 pm for a community candle lighting in honor of Yom HaShoah. Email program@jewishknoxville.org for zoom link or come in person for a socially distant outdoor ceremony. pic.twitter.com/lKBctEvIlz