Since the attacks on Sept. 11, 2001, East Tennessee has remembered the firefighters who lost their lives with a memorial stair climb. 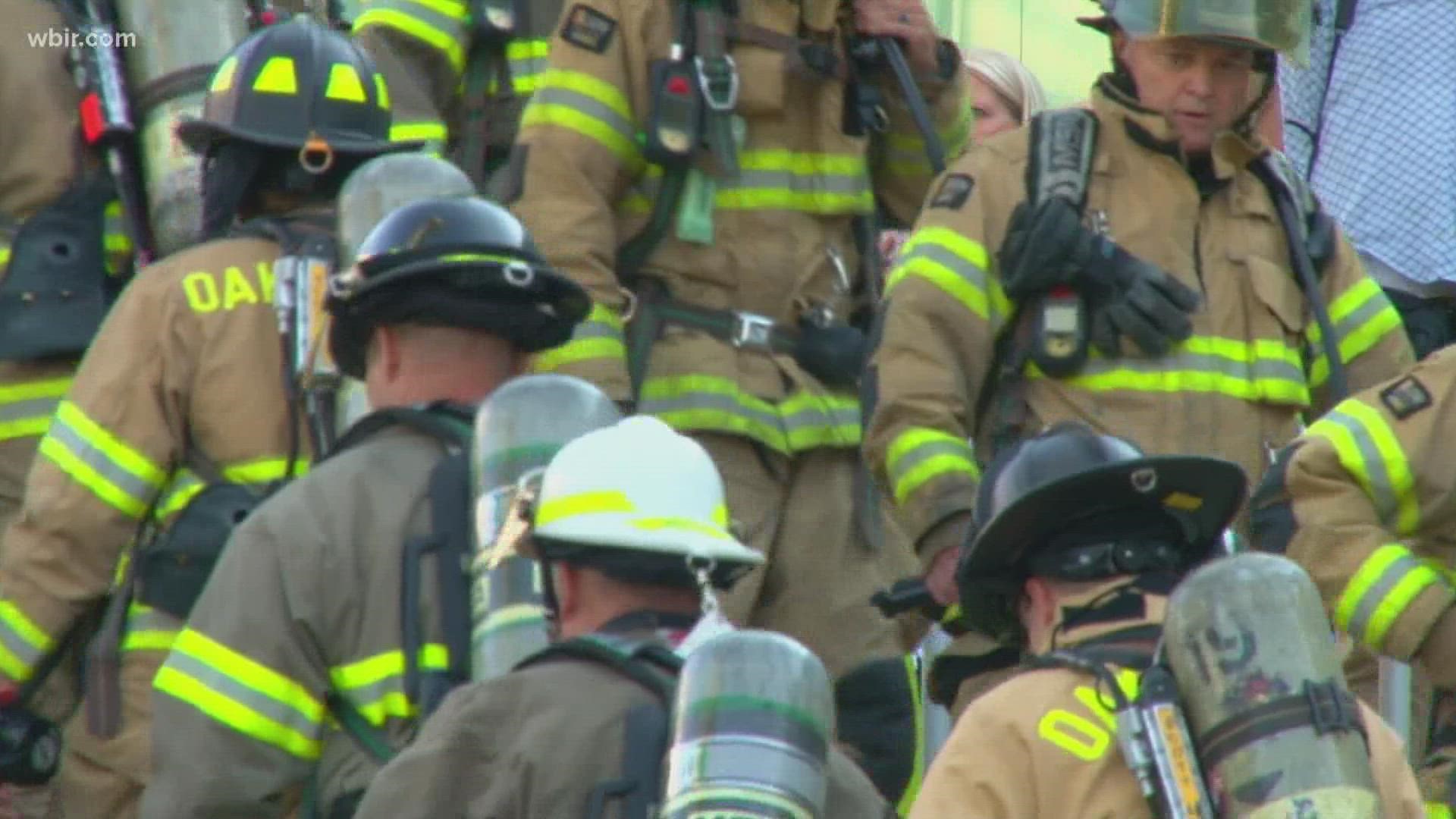 KNOXVILLE, Tenn. — The attacks on Sept. 11, 2001, sent ripples across the world. Thousands of people died in New York City that day, and heartbreak radiated across the country after 343 firefighters died.

In East Tennessee, communities honor the first responders who lost their lives with a memorial stair climb. Participants climb the equivalent of 110 stories to honor the firefighters who rushed up the World Trade Center to rescue people. Knoxville's event was held at the Sunsphere.

"Although the remembrance will be silent, history will never be silent concerning their sacrifice," said Jacobs during the event.

Officials also rang bells and said the names of people who passed away on Sept. 11.

"For all the marines and sailors that were in the desert training that day, we fundamentally realized that our world had changed forever," said Lt. General Lawrence Nicholson. "Ladies and gentlemen, we are the land of the free because we are the home of the brave."

Participants could also pay tribute to the New York firefighters online, donating funds to support programs meant to help families of local fallen firefighters as well as a counseling services unit at the Fire Department of New York.

As of Saturday evening, the National Fallen Firefighter Foundation exceeded its fundraising goal of $15,000.