There were only 50 people in attendance, but for those who were able to pre-order a ticket, the chance to experience live music in person was priceless. 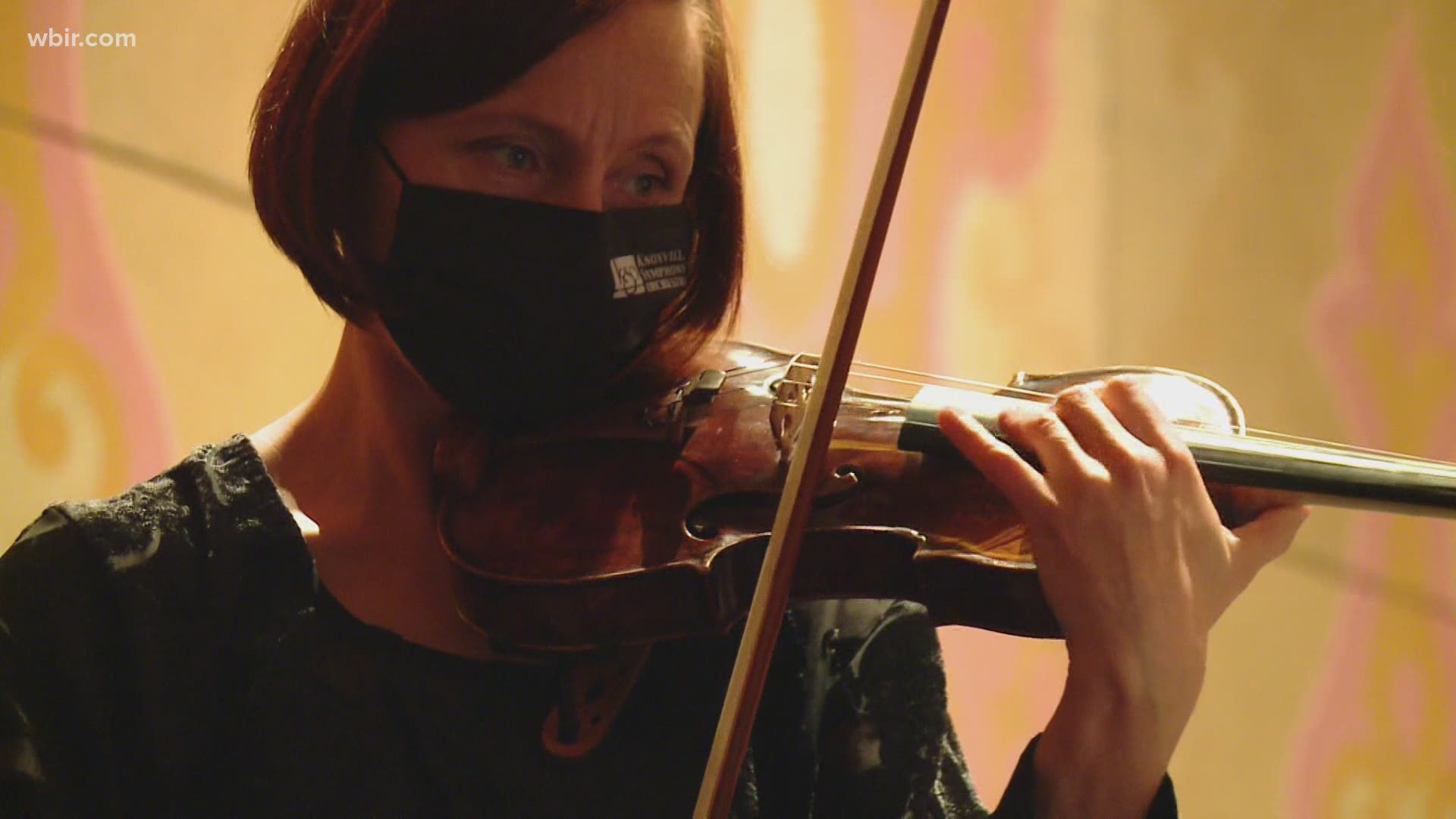 KNOXVILLE, Tenn. — On Sunday afternoon, the golden doors of the Tennessee Theatre opened for a select few concertgoers as the Knoxville Symphony Orchestra took the stage for the first time since March of last year.

There were only 50 people in attendance, but for those who were able to pre-order a ticket, the chance to experience live music in person was priceless.

"To realize again that we can have a live performance is just fantastic," Lewis Brewer said.

Brewer and his wife, Erma, were a part of Sunday afternoon's small in-person audience spread out in the large theater.

They weren't the only ones who were trying to keep the distance.

The musicians on stage were much farther apart than normal. The orchestra cut its number of on-stage performers significantly for the performance so they could space out farther apart and stay safe while playing the music they love.

As much as the fans have missed hearing the sounds of the orchestra, the musicians themselves have missed playing together.

While Sunday afternoon's concert may not have been completely the same as larger events in years past, it accomplished one very important thing. It provided a moment of normalcy during a stretch of time that has been anything but normal.

"It's always been sort of an escape for people," Ford said.

Brewer summed up his feelings on music returning to the theater with a simple statement.

"Live music is always the best," he said.