Kyle White was awarded the Medal of Honor for exposing himself to enemy bullets in order to help save fellow wounded soldiers in Afghanistan. 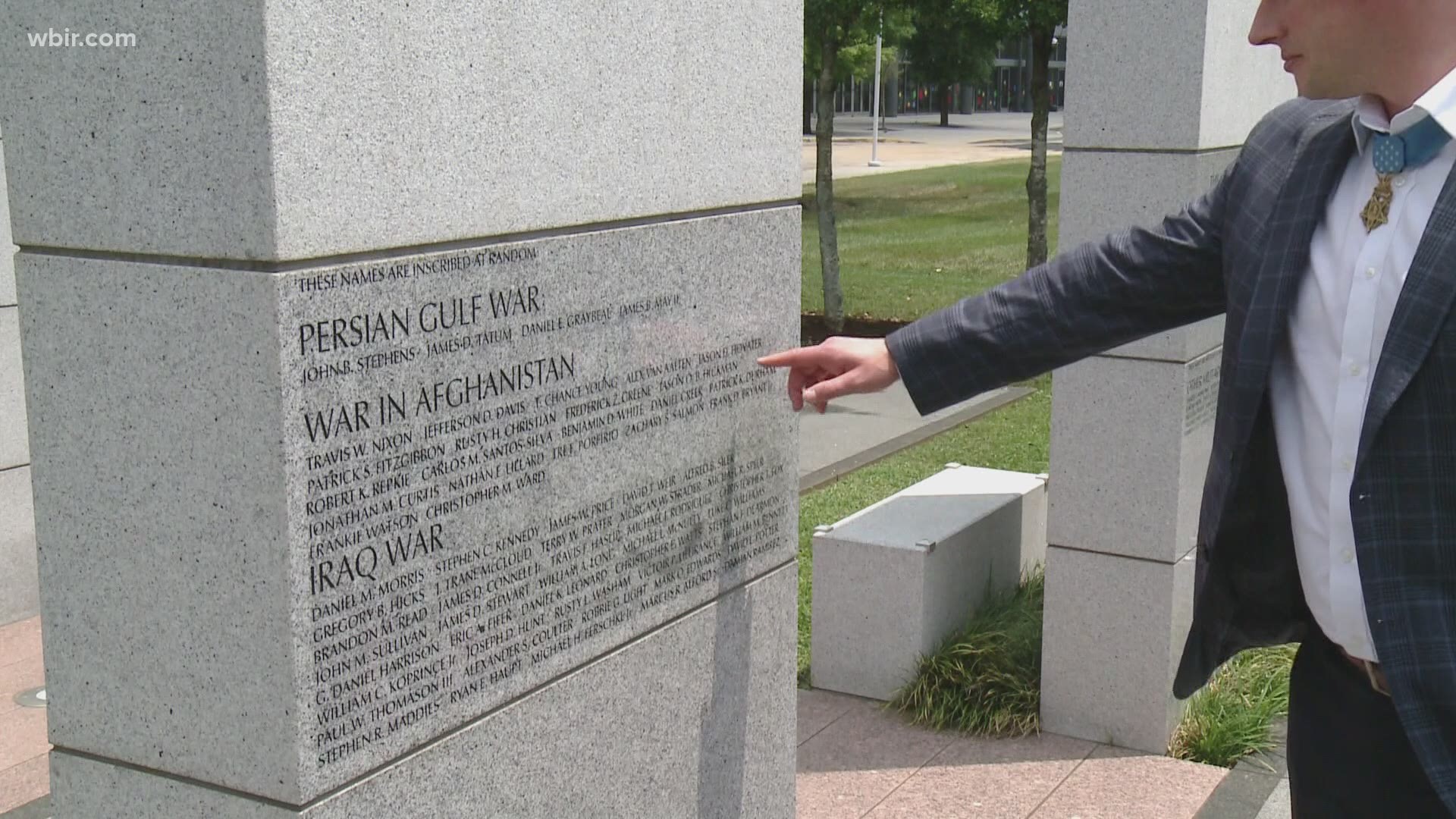 A recipient of the highest award for valor in combat spoke to hundreds of Knox County educators at a conference on Thursday about what service to the country can look like away from the front lines.

Of that select group of warriors 67 are alive today.

"One of the things I'm most passionate about is that there are other ways to serve," White said. "It's not just wearing a uniform and supporting and defending the Constitution. It's finding things you are passionate about in your community, standing up for those that don't have a voice."

On November 9, 2007, White and the other members of his 14-man team were leaving Aranas, an Afghanistan village, when they were ambushed. Enemy combatants fired on the team and the Afghan squad accompanying from a ridgeline as they climbed up a narrow trail.

White passed out when an RPG exploded nearby, and when he later woke up he saw that a squadmate's arm had been shattered. White charged through gunfire to carry him to a tree and put on a tourniquet to help his wounds.

Then he saw Sergeant Bocks, a squadmate, down about 25 feet away. He sprinted out of cover again to pull him to safety. The sergeant died while White treated his wounds.

He later sprinted out once again to grab a radio and tell his battalion about the situation. Artillery exploded near him. Later, medevac helicopters carried them to safety.

White was 20 years old at the time.

In the lead-up to a Medal of Honor Celebration next year that welcomes all living recipients of the award back to Knoxville, White will speak on July 22 to educators in Knox County about the Medal of Honor Society's Character Development Program.

The program gives educators resources to teach students about courage, commitment, integrity, sacrifice, citizenship, and patriotism. They are the six values embodied in the Medal of Honor.

The convention last stopped in Knoxville in 2014. White's talk is a part of the Medal of Honor Society's events, and the annual convention will return to Knoxville in full from Sept. 13 - 17, 2022.