The Christmas event attracts 60,000 people every year, which East Tennessee Children's Hospital said is too many to have together during a pandemic. 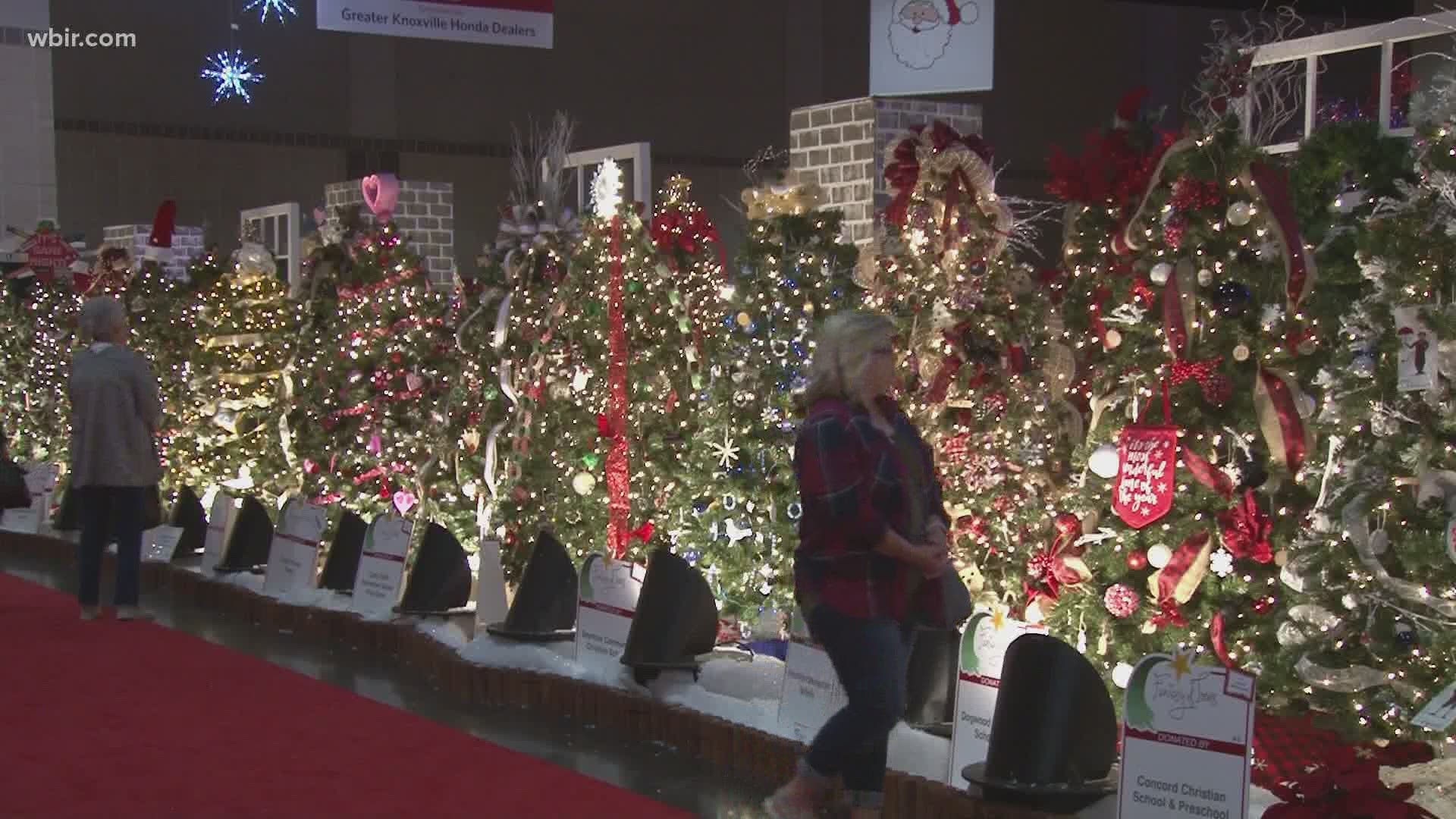 KNOXVILLE, Tenn. — People across East Tennessee said they're sad to hear Fantasy of Trees is canceled this winter. It's the biggest annual fundraiser for East Tennessee Children's Hospital and it was entering its 36th year.

For many, the Christmas season doesn't start until they take the escalator down to the bottom floor of the Knoxville Convention Center.

"It opens up into the decorations and then it opens up into all the lights and just the winter Christmas wonderland that's so special for all of us," said Sherri Teske, who regularly goes to the event around Christmastime.

She has 12 years of family Christmas photos with Santa at Fantasy of Trees.

Teske started that tradition when her oldest son was less than 1 year old.

"It was something that was important to me, to have that tradition established, just for that memory  for the kids and the consistency," she said.

That tradition will be put on hold this year with the hospital's Monday announcement to cancel the event in 2020.

"We have over 60,000 people that attend and we just really in good conscience couldn't say 'let's get together with 60,000 people in the middle of a pandemic and feel good about it,'" said Carlton Long, Vice President of Institutional Advancement for Children's.

The news is hard for Janice Davis, who's volunteered at Fantasy of Trees for 34 years.

She's helped out in nearly every part of the event and has spent the last 20 years volunteering specifically at the silent auction on Preview Party Night.

"I was very, very disappointed that we weren't going to get to do this," said Davis. "But then, on the other hand, my heart would hurt if I saw a child on a ventilator or an elderly person on a ventilator that had gotten sick from something that had taken place down there."

RELATED: Getting you back to school: How COVID-19 is impacting children

Children's Development Department, which is responsible for fundraising, is tasked with raising about $2.5 million each year to help with the hospital’s equipment budget.

The hospital said it is "always purchasing new and replacement equipment so the need for donations is always there."

The hospital was planning to use this year's proceeds to purchase three major pieces of equipment:

The hospital will still get the equipment; funding will just come from other donations and fundraisers still in the work and from longtime Fantasy of Trees attendees who want to help.

The children's hospital is still hoping to hold a Christmas fundraiser. Whether that means moving tree auctions online or holding smaller events is still being planned.

She and Teske hope the community can come together and still get the hospital the funding it needs.