After many Pride Month events went digital, organizers stepped up to create a new event in South Knoxville. 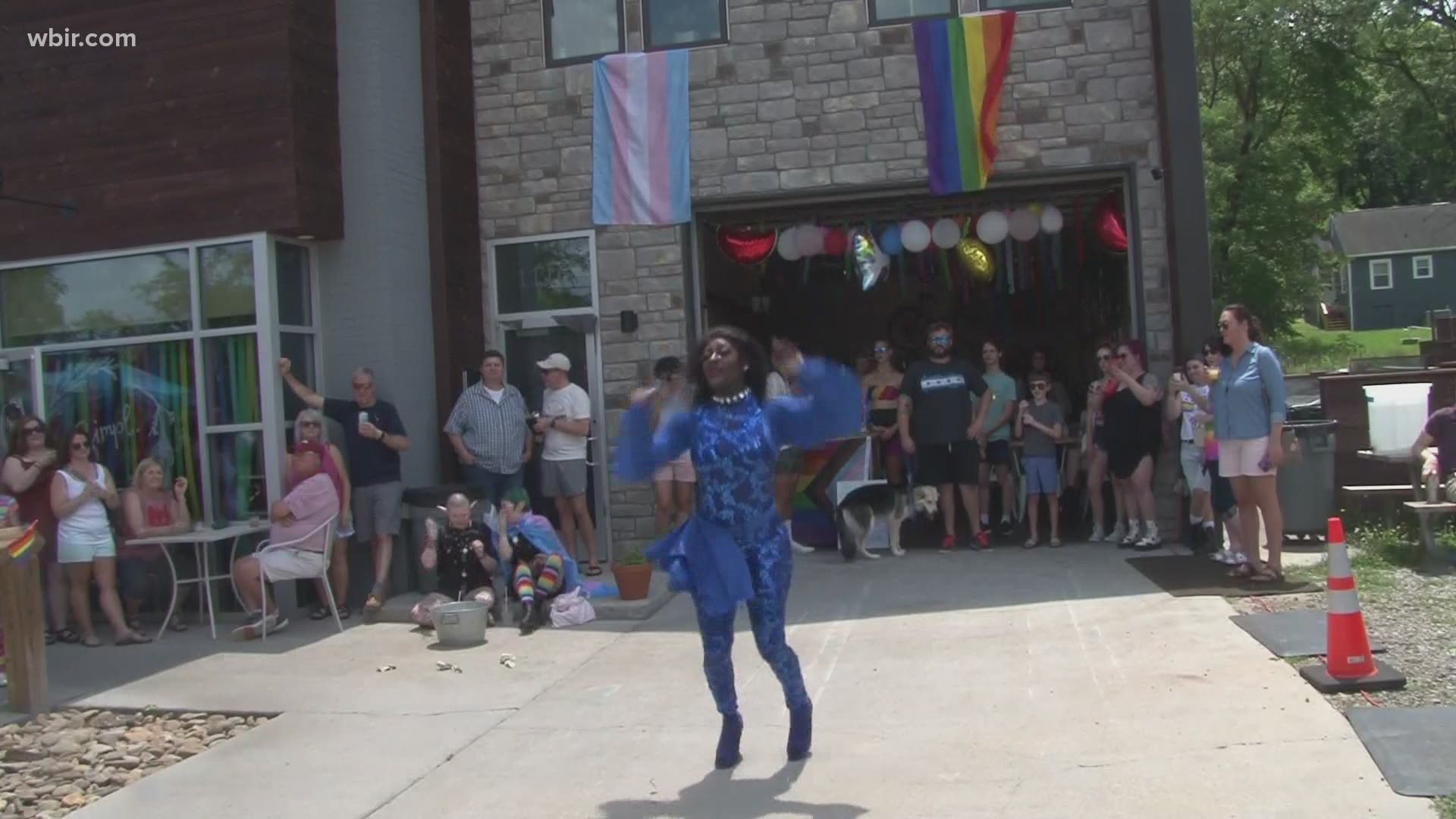 KNOXVILLE, Tenn. — June is Pride Month, but many of Knoxville's usual Pride events went digital for the second year in a row due to the pandemic. Instead of staying home and celebrating online, one person decided to host a new kind of event — the South Side Pride.

It was organized by Jimi Miller at Simpl on Sevier. People who came out were happy to see a Pride event in Knoxville and to have a place where they could have fun and be themselves.

“It feels good to be around people who I connect with,” said Johni Hubbard, one of the attendees.

Organizers said they were proud to be able to organize shows in Knoxville. They said the event showed that the city was inclusive for all people, but also said the community still has some work to do to make sure everyone can be comfortable in East Tennessee.

“I came out to support our LGBTQ community and I am glad the South Knoxville community was able to have this event today,” she said.

It kicked off at 12 p.m., filling the area with families, dogs and Pride flags. Vendors and businesses also set up booths, but organizers said the street stayed open for traffic. There was a fun run Saturday morning and 10 a.m. yoga in Suttree Landing Park as part of the event, too.

Proceeds from the event went to local organizations including the Trans Empowerment Project, the Tennessee Equality Project, Appalachian OUTreach, the Tennessee Valley Coalition for the Homeless and The Bottom.

“I didn't think we were doing a pride this year because of the coronavirus, I was excited there was at least something going on,” said Matthew Blondell, an attendee.

Pride Month is not just a time to celebrate people's unique identities. For many, it is a time to reflect on the history of the LGBTQ+ community, including the June 1969 Stonewall Riots in Manhattan, New York. It is considered a liberation movement for LGBTQ+ people, sparking the beginning of the gay rights movement.

And Miller said he hopes the South Side Pride event inspires other people to organize their own events in their own communities, spreading love and reminders that people should be proud of who they are.