"Today is the day that we set the tone for the future," said Lady Vol golfer Mariah Smith during the demonstration. 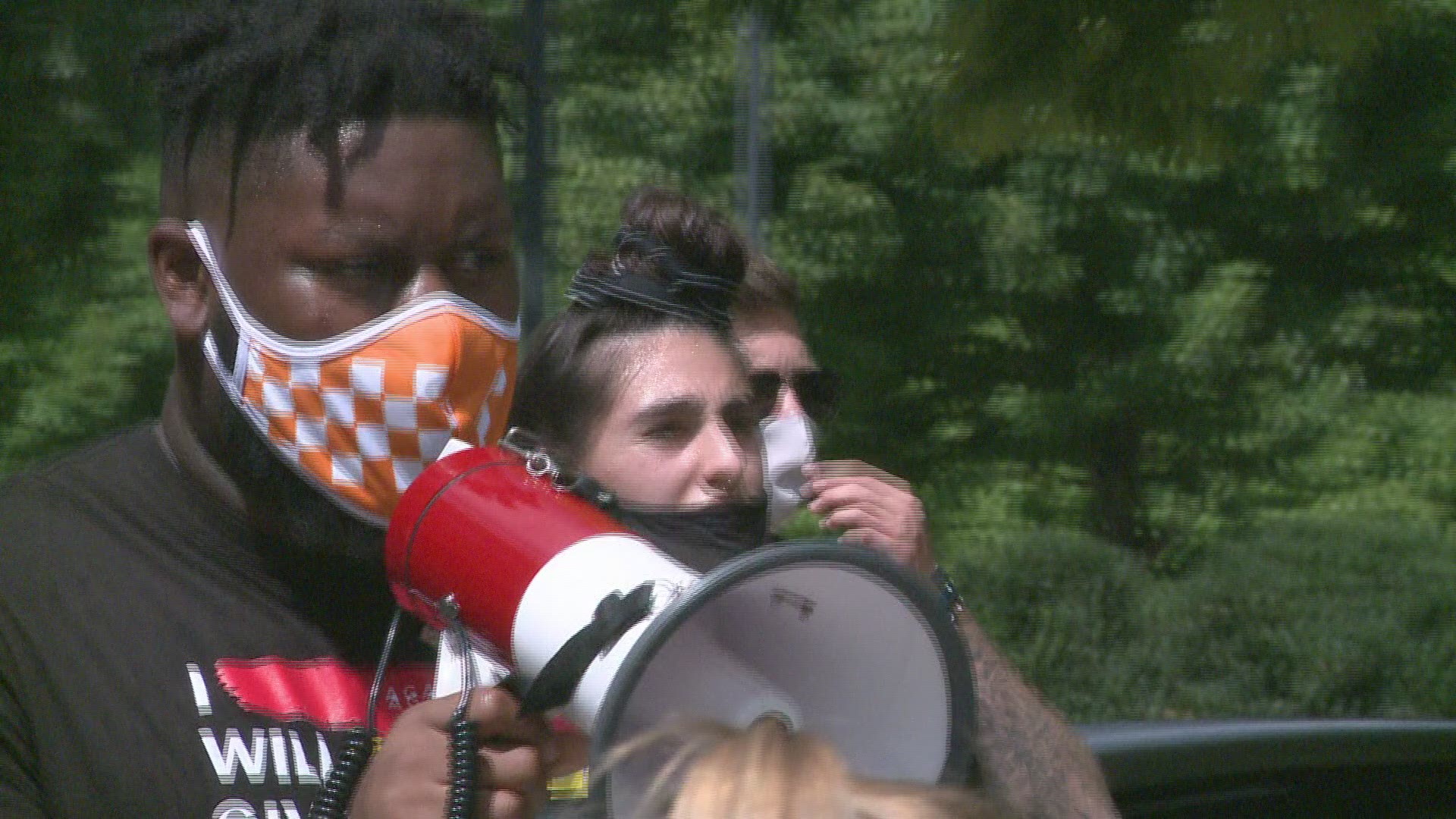 KNOXVILLE, Tenn. — Just before noon on Saturday, a crowd began to gather near Circle Park on the University of Tennessee's campus.

An exact number of participants was not available Saturday evening, but at least hundreds of people listened on and cheered as prominent student-athletes spoke on racial injustices.

The march began at Circle Park, by the Torchbearer statue, and went up to around The Hill. Police were present to help ensure that the demonstration went smoothly, but there was not any substantial opposition to the crowd.

Throughout the demonstration, one word was key for speakers and participants alike: "future."

"Today is the day that we set the tone for the future," said Lady Vol golfer Mariah Smith.

"My determination and my passion, you know my inspiration is just thinking about leaving this place better for my kids one day," added Tennessee offensive lineman Trey Smith.

From well-known athletes to everyday students, the event included people from all around the university. President Randy Boyd and chancellor Donde Plowman were in attendance, along with the Director of Athletics, Phillip Fulmer.

"Have we made some progress? Yes, but we haven't made enough," Fulmer said in a statement just after the march ended.

Regardless of the exact number at Saturday's event, most attendees said the important part of the demonstration was a sense of clarity and togetherness that was present throughout.

Together, participants voiced a simple yet strong message, from start to finish. They said that the way things have always been isn't good enough anymore and that in the future, every life has to have the same meaning and value as the next.