Woof! | Knoxville to let the dogs out June 26 for return of Mardi Growl

Hundreds of costumed dogs with their human companions will fill World's Fair Lawn on June 26 for the return of Mardi Growl. 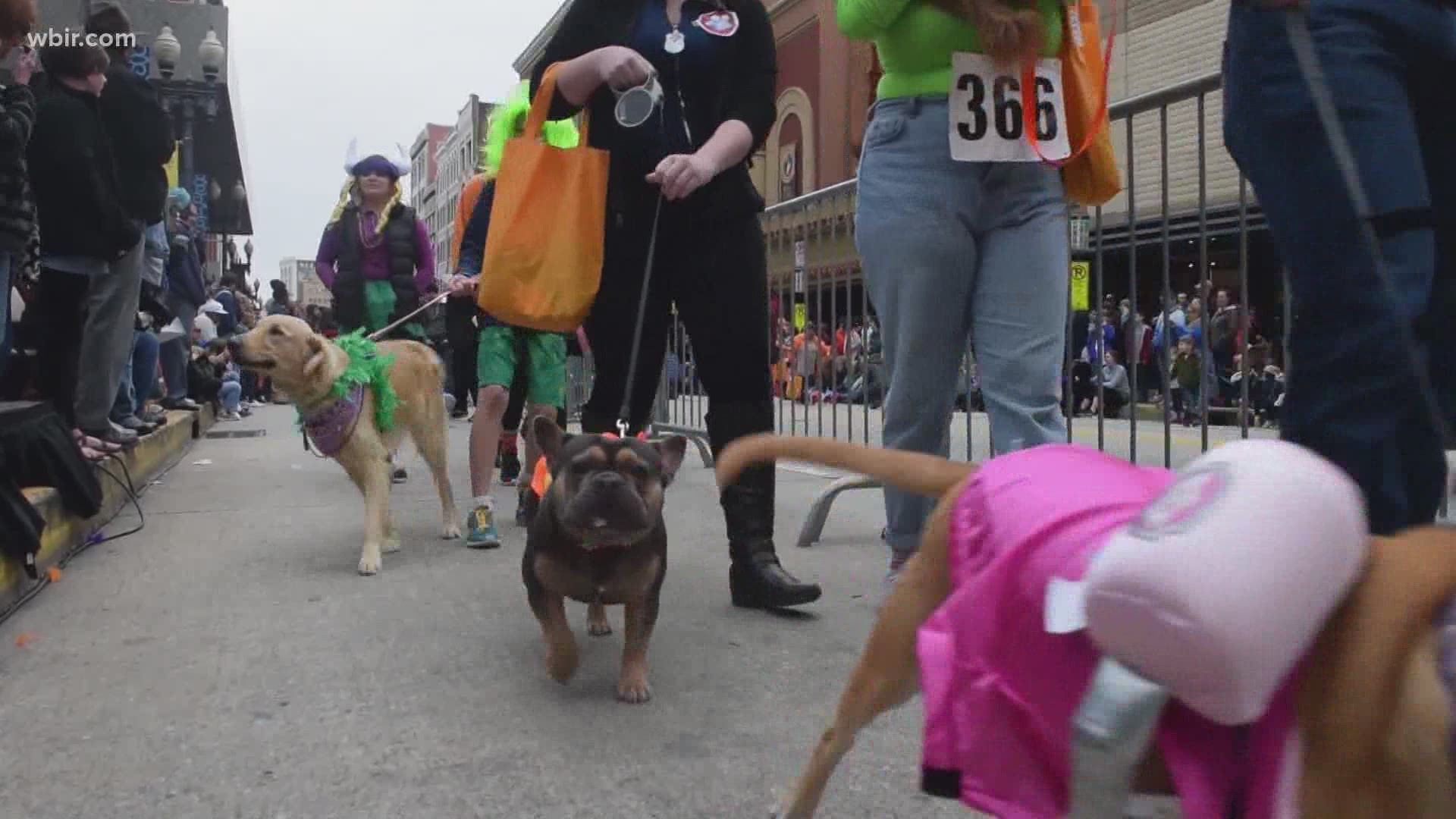 KNOXVILLE, Tenn. — Knoxville will be howling on June 26 when the 14th annual Mardi Growl kicks off at World's Fair Park. Hundreds of costumed dogs and their human companies are expected to be there, according to the Young-Williams Animal Center.

Mardi Growl will have a new venue and some new events, according to a release from officials. It will include a pet show contest and a socially distanced party to replace the traditional pet parade. The contest starts at 12 p.m. where dogs will compete in seven categories.

Pet owners can register for the contest online. Pre-registration is $15, and people who wait to register the day of the event will need to pay $20 per dog. Anyone participating in the event should plan to arrive at around 10 a.m. Every registered dog will also be eligible to get a swag bag while supplies last.

The bags will be available for pickup June 23-25 between 2 p.m. through 5 p.m. at Young-Williams Animal Center, off Division Street.

The animal center will also offer microchipping services and rabies vaccines during the event for $10.

At 3 p.m. Merchants of Beer will also host an After Mardi Party, where people and their four-legged friends can enjoy a DJ and a Mardi Growl Prize Pack giveaway.

There will also be a Mardi Growler Brew Tour. From May 28 - June 26, beer enthusiasts can fill a growler for a special price at ten breweries and be entered for a prize drawing.

Growlers and swag bags can be picked up at either of Young-Williams Animal Center's locations during business hours. They can also be picked up at Barley's or at Merchants of Beer from 5 p.m. through 7 p.m. on Fridays and Saturdays until June 12.

“Our beloved Mardi Growl was delayed a bit this year, but it will be better than ever,” said Janet Testerman, CEO of Young-Williams Animal Center. “It’s such a fun way to raise awareness and work toward our vision to ‘find a home for every pet.’"

Anyone who is unable to participate but wants to support the animal center can make a donation online.