Tickets sold out at Central Depot for the "Big Gay Soirée," an event meant to remind people that they can be anyone they want to be. 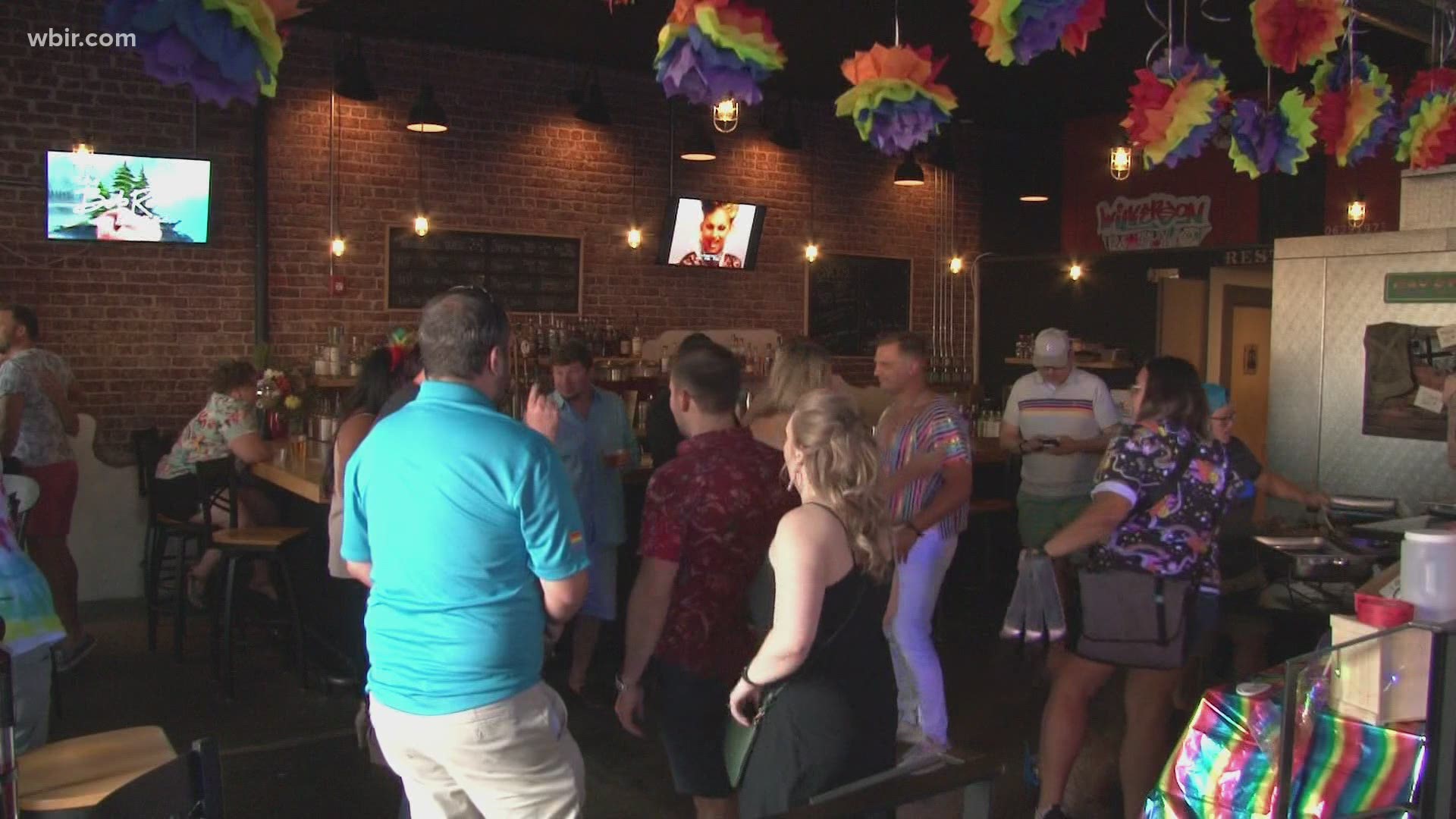 KNOXVILLE, Tenn. — Tickets sold out for an event in downtown Knoxville meant to remind people that they can be anyone.

It was called the "Big Gay Soirée" and it was organized at Central Depot. Funds raised from the event benefited Knox Pride, an organization that works to provide educations, cultural and information programs supporting the LGBTQ+ community in East Tennessee.

Knox Pride has hosted several digital events during Pride Month, but was unaffiliated with the "Big Gay Soirée."

"It's not just one day, it's not just one month, and it's not just one event," said Michael Galyean, who helped organize the event. "Every place downtown that I can speak of is gay-friendly, but not everyone is comfortable going to new places. For me, it was important to find a place that was maybe not known in their minds to have a great party and say, 'you can be anywhere and you can be anyone.'"

It was the first event from Mecca Productions and was meant to showcase businesses in downtown Knoxville that are welcoming to LGBTQ+ people. Food was provided by Seoul Brothers and SugarCoated Diva. There was also dancing, drag performances and a cash raffle for prizes. Music was by the Party Boys, a local DJ.

Attendees could also get two free drinks with their tickets from Elst Brewery. Tickets cost $50, and the event was scheduled to go from 8 p.m. through midnight.

Organizers encouraged people to wear their best Pride party outfits before hanging out with friends, family and allies to the LGBTQ+ community.

Many other businesses donated to support the event including Merchants of Beer, Wildside Salon, Pour Taproom, Honeymouth, Sammy Pajcic and SweetT.