Get ready: Garth Brooks tickets go on sale Friday. Here's what you need to know

The countdown is on. Tickets for Garth Brook's concert in Neyland Stadium go on sale Friday, Sept. 13, and they're expected to sell out fast. 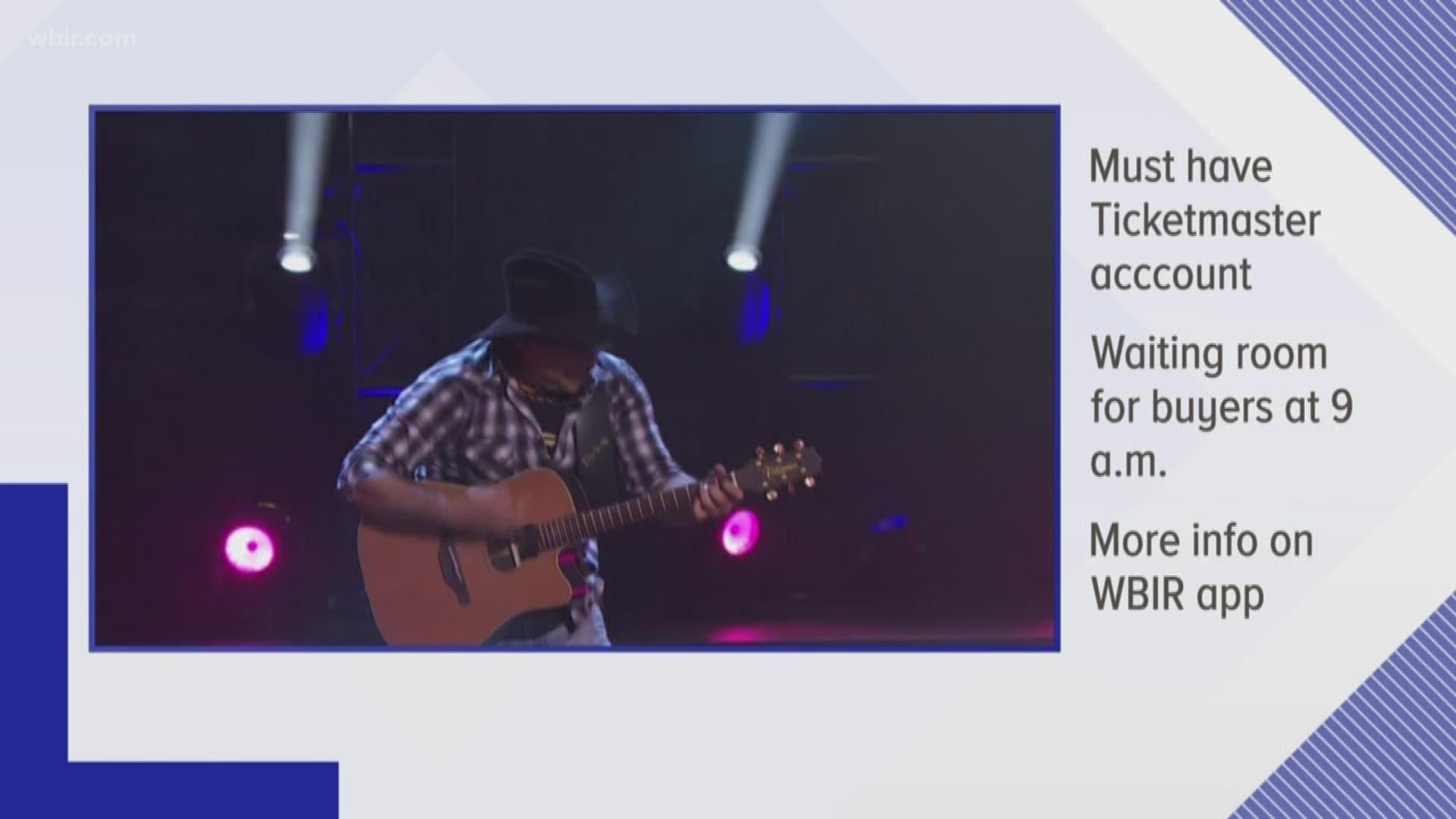 KNOXVILLE, Tenn. — On Saturday, fans in Neyland Stadium sang "I've Got Friends in Low Places" during a break at the BYU game.

If you heard it and thought it sounded pretty cool, just wait until Garth Brooks himself joins in on the fun.

We're two months away from his concert in Neyland Stadium, and tickets go on sale Friday.

You wanna go, right? You and everyone else.

"We are definitely hoping for a sell-out," said Kim Bumpas, President of Visit Knoxville.

These are assigned seats. You have to buy the ticket from the section you want.

The one thing you definitely won't want to do when 10 a.m. rolls around is wait. It's not every day Garth Brooks comes to town, so these tickets are likely going to sell quick -- mostly to fans, but also to those looking to cash in on desperate fans.

Sign up for your Ticketmaster account and make sure all your account info is up-to-date so you can move as quickly as possible through the buying process Friday. When the countdown ends, the link to buy goes live for the general public.

You'll likely be competing with thousands of other eager Garth fanatics at that moment.

"Make sure you're the first in line, because I think you'll see if people are wanting to be on the field, it'll fill up very fast," said Bumpas.

Visit Knoxville said don't fret if you only managed to snag nosebleed seats out and ended up at the very top row of the stadium.

"Even nosebleed seats for this concert are gonna be amazing," said Bumpas. "His setup is so phenomenal with big screens that you're not gonna feel that far away."

Bumpas said Garth is playing in the round, so no one will be behind the stage unable to see.

If you want to go to the concert with friends, don't buy tickets separately with hopes you'll end up together. Buy them all in one order, up to eight tickets per account, and have your friends pay you back.

"That's really the only way to kind of accomplish those goals," said Bumpas.

Then, sit back and breathe a sigh of relief if the order goes through, because you were lucky enough to score tickets to what could be a record breaking concert.

"Garth Brooks. Neyland Stadium. November in Knoxville and 80,000 plus people singing his songs? I think it's gonna be an epic once-in-a-lifetime experience," said Bumpas.

Visit Knoxville said they should know early Friday afternoon if they sell out of tickets.

If the show sells out in record time, it will be up to UT to decide whether to add more tickets.

Once again, all tickets will be sold through Ticketmaster.