Garth Brooks to hold concert at Neyland Stadium in November

It's the first concert at Neyland Stadium in 16 years. 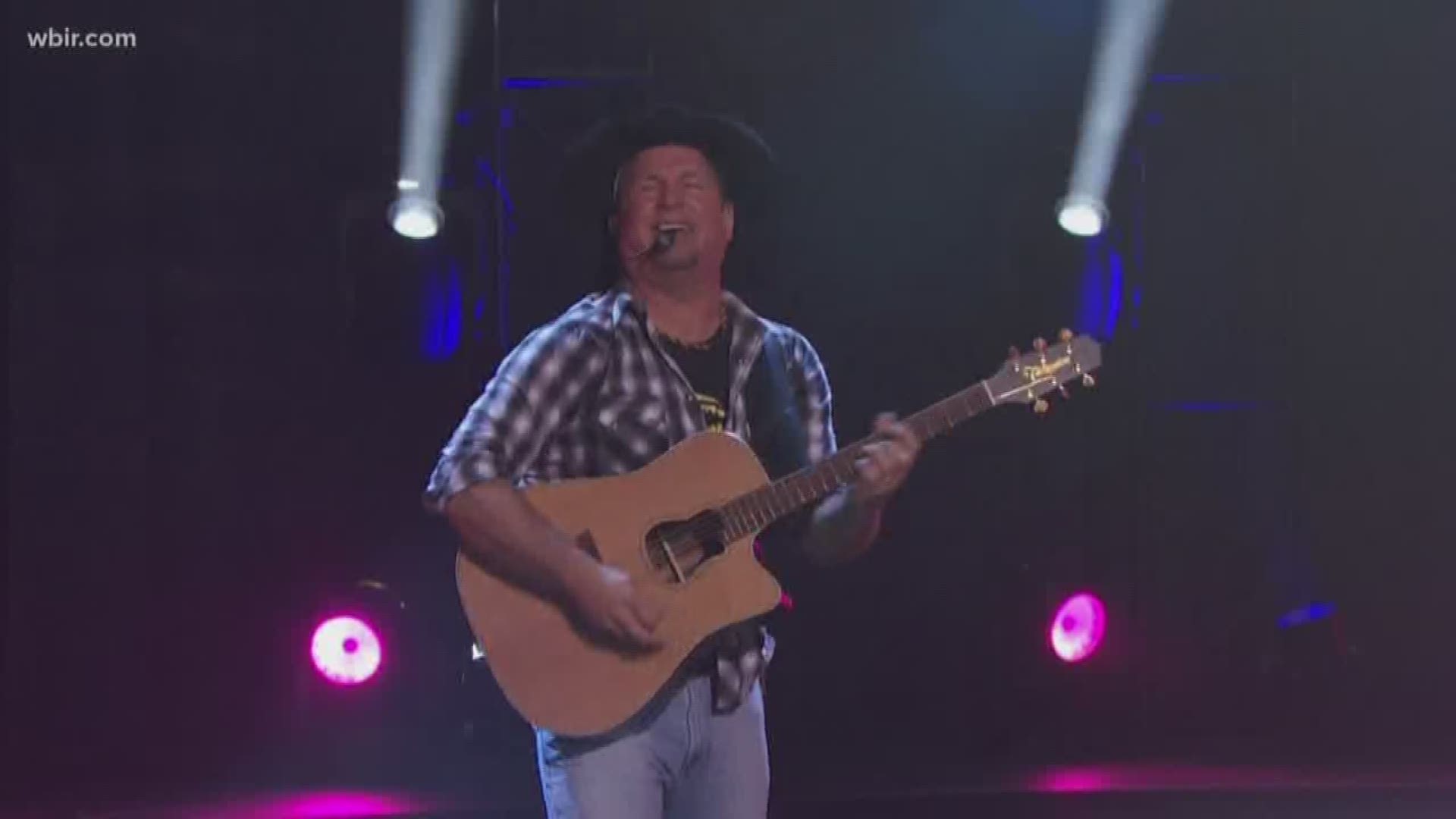 KNOXVILLE, Tenn. — Garth Brooks is set to come to Neyland Stadium in November.

The concert will be Saturday, Nov. 16 at 7 p.m. It is the first concert at Neyland Stadium in 16 years and one of only three concerts ever held at the stadium.

"This is an incredibly special opportunity for the University of Tennessee to host an event of this magnitude," UT Director of Athletics Phillip Fulmer said in a news release from UT. "I'm grateful to Garth Brooks and his team for working with us to host what is going to be an epic night in Neyland Stadium. I know we'll have a packed house, and 'The Third Saturday in November' will go down as a can't-miss spectacle that fans will never forget."

RELATED: Garth Brooks gives back to children in the Knoxville community

The concert will be in-the-round staging, meaning seats in the entire stadium will be sold, including field-level seats. Neyland has a capacity of 102,455, UT said.

There will be an eight ticket limit per purchase. UT said in the news release that the concert will be held rain or shine.

The concert at Neyland is part of the national Garth Brooks Stadium Tour.

This will only be the third concert ever held in Neyland Stadium.

The first was the Jacksons Victory Tour in 1984, featuring Michael Jackson and his brothers. 148-thousand people attended that show.

The second was in 2003 when East Tennessee country star Kenny Chesney played to just over 61-thousand fans in Neyland. He called it a dream come true to headline a show in a place where he loved to watch the Volunteers play football.

Fans are also encouraged to create Ticketmaster accounts ahead of Sept. 13 since ticket demand is expected to be "intense," UT said in its release, and that will make purchasing tickets faster.

"Hosting Garth Brooks as the University of Tennessee celebrates its 225th anniversary is extra special," said Chancellor Donde Plowman. "This is a tremendous event, not just for UT, but for Knoxville and the surrounding communities as well. We are excited to work with our community partners to host one of the best-selling musical artists of all time at the best stadium in the country."

Ticketmaster will also have "Garth Smart Queue," a virtual waiting room, for fans to use starting one hour before tickets go on sale.

Driving to the concert? Parking will be available through Ticketmaster as well, the UT release said. Parking passes will be required for campus lots on the day of the concert, just like any game day.

Hotel rooms will also be offered at special rates via the Visit Knoxville website, and "are expected to go fast." For more about local accommodations, click here.

Alcohol will be sold at the concert, and if fans are planning to tailgate, they should plan to arrive several hours at least before the show, UT said in the release. The enormous crowd could mean it will take a long time to enter the stadium, so fans should plan to enter well before it starts at 7 p.m.

It will be held on a open date for UT Football, UT said. The team will be playing a road game the next weekend, so UT expects everything to be in working order on the field when the Vols return to Neyland to take on Vanderbilt on Nov. 30 in the team's last regular game of the season.

Visit Knoxville is helping UT put on the event. Visit Knoxville President Kim Bumpas said in a release that the chance to host Brooks is a "huge win for Knoxville."

RELATED: Garth Brooks may be coming to a dive bar in your town