WWE Raw: Glenn Jacobs has 'still got it' after becoming first mayor to win, and then lose, 24/7 Championship belt

Does that win even count, mayor? Yes. Yes it does. But as they say: Easy come, easy go. 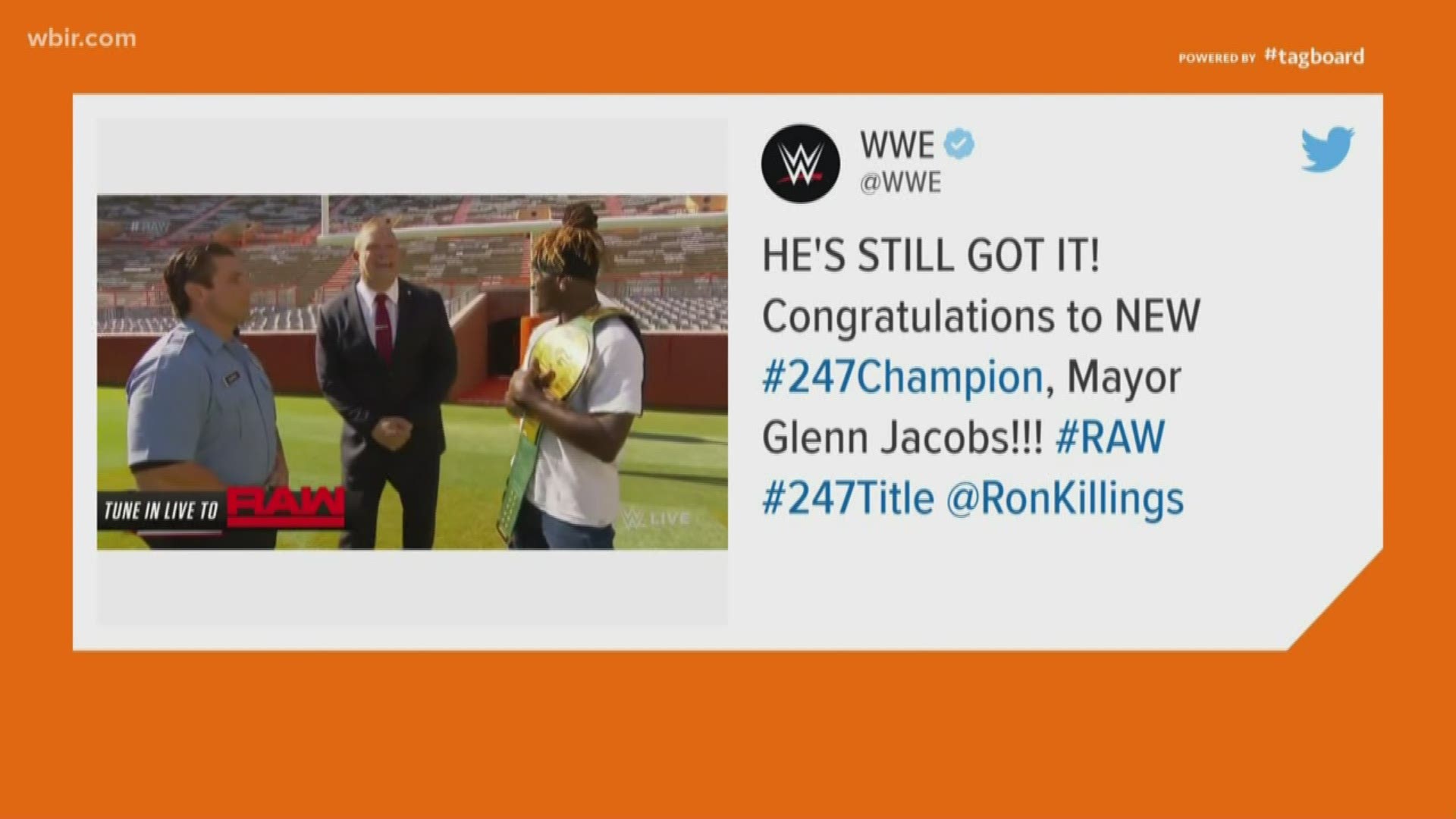 For those wondering, Mayor Glenn Jacobs made history on Monday Night Raw by becoming the first-ever mayor to win the newly created 24/7 Championship title.

Thank the Vols for this one, though. Specifically: one of the goalposts at Neyland Stadium. You need to watch this one first:

Yep, Mayor Jacobs got the pin after former champion and WWE superstar R-Truth slammed right into the goal post as he haphazardly went to leave, knocking him over and dazing him just long enough for Jacobs to rush in and get the pin.

"I still got it," Jacobs cheered as he rushed out of Neyland Stadium with the 24/7 belt in hand.

And if you were wondering if this counts. Yes. Yes it does. Mayor Jacobs was officially declared the new WWE 24/7 champion just a few months after its inception. 24/7 is considered a tertiary championship, meaning virtually anyone, even non-WWE wrestlers, can obtain the belt.

As they say, easy come, easy go, though. Jacobs' reign as champion was incredibly short-lived after R-Truth reclaimed his throne. Let's just say the mayor wasn't too pleased:

He got into costume for the final match of the night.

The Big Red Machine was in for a surprise, though.

Kane entered the ring to save Seth Rollins but an attack by "The Fiend" Bray Wyatt quickly ended things for him.

Yep, that's THE shirt people can't get enough of. Not even WWE superstars, particularly Titus (also known as Thaddeus Bullard) since he's a Florida native like the boy who designed it. Vol fans can all agree that's a pretty awesome move, particularly since he is a Florida Gator.