Knoxville venues prepare for the return of live music

Slowly, but surely, concerts are making a comeback in the Scruffy City. 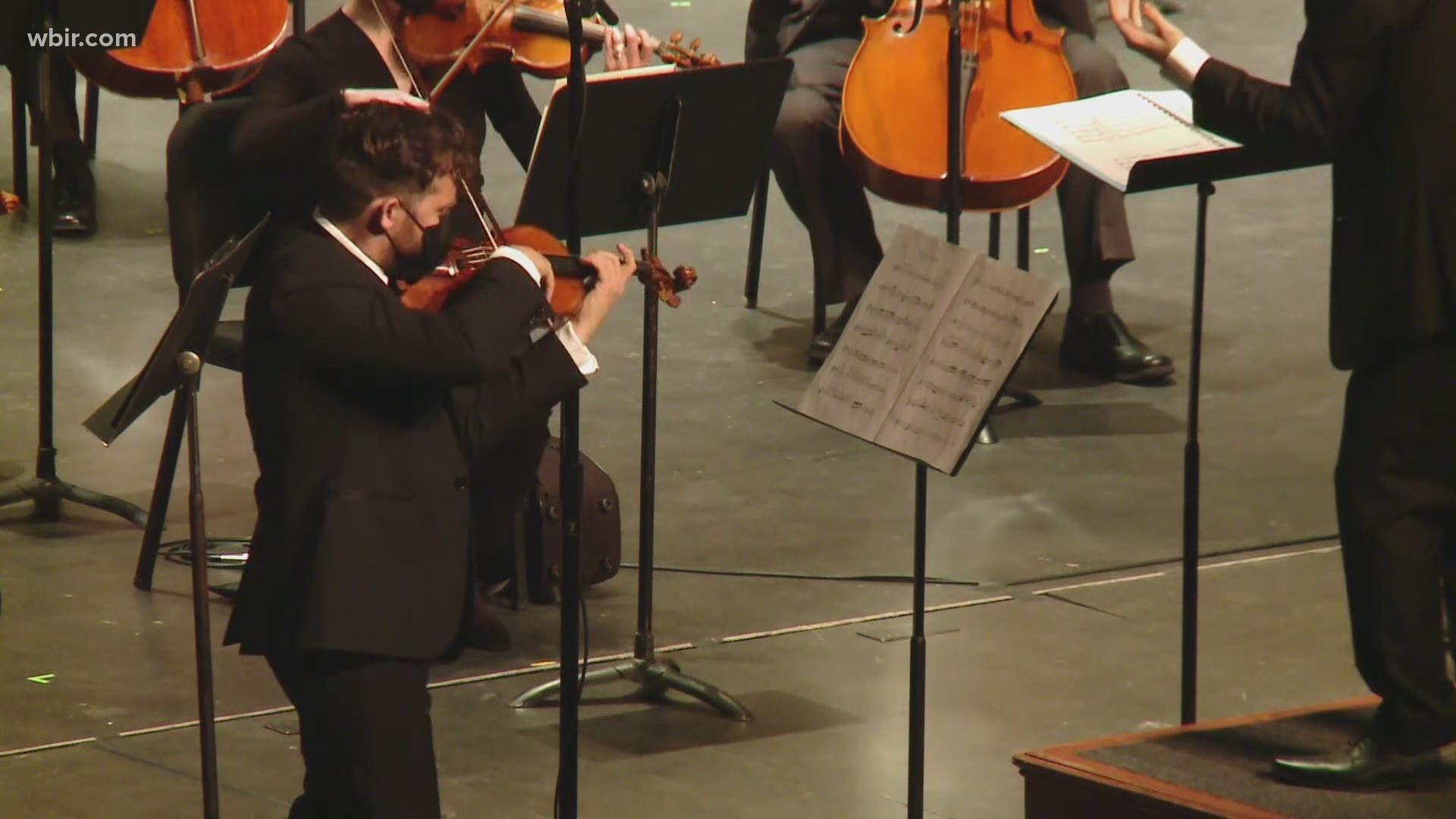 KNOXVILLE, Tenn. — After a year with no live music, some of Knoxville's biggest venues are preparing for spring concerts that will come with a pandemic-era twist.

Slowly, but surely, music is coming back to places like the Tennessee and Bijou Theaters and is spreading out to places that haven't hosted concerts in a much longer time.

That includes World's Fair Park, where an outdoor concert will take place on the performance lawn for the first time since it was renovated in 2019.

Now, Bailey will play on that same lawn this spring.

He is the keyboardist for the Nashville-based band Moon Taxi, which is set to play a socially distant concert at World's Fair Park on May 20.

"We're very adaptable," said Bailey. "And you know, as long as we can play and our fans can come out and hear us, we're down to do whatever, as long as it's safe."

May can’t get here soon enough! These shows are socially distant & there are a limited number of tickets available, so they'll go fast. 🎫 Get your presale tickets NOW by signing up for our email list. Presale ends Thursday @ 10pm.
Sign up & get tickets: https://t.co/MNI0WcStWq pic.twitter.com/zBjvphvMxR

Kent Oglesby with Born and Raised Productions is putting the event together.

"It was an opportunity that that kind of fell in our lap," he said.

After a year without big concerts, his team was ready to try anything to get live music back. Oglesby said the Moon Taxi concert will accommodate roughly 1,200 people. They will be seated together in pods, so people can watch the show together while also practicing social distancing.

"We'll sell tickets in bunches of two, four and six. And those will be the pods and they're all spaced six feet apart throughout the World's Fair Park lawn," he said.

Fans will have to wear masks whenever they're not in their pods, but that's where they'll view the concert.

In a nice V.I.P. twist, those fans will be able to order food, drinks, wine and beer from an app on their phone and have it delivered right to the pods.

"The worst part of any of any concert experience is having to stand in line for a long time and miss the band that you're there to see," said Oglesby. "We are hoping to keep this this piece of technology moving forward to improve the experience for everybody."

He's hoping to put on more outdoor concerts through the summer.

Across downtown at the Knoxville Civic Coliseum, live music returns when Travis Tritt comes to town April 9 with similar COVID-19 guidelines in place.

If you've been to an Ice Bears hockey game this season, the concert set up will look familiar.

You'll see pods just like at the Moon Taxi concert, with no general admission tickets that used to get you right next to the stage.

Coliseum staff said this concert will accommodate around 1,700 people.

While still smaller than usual, these concerts impact more than just the venues.

"It's nice to be able to get a show, yes, on the building side. But it's also nice to be able to help some of these businesses out and other groups that make their living in our industry," said assistant general manager Mitch List.

Across the county line in Gatlinburg, Ole Red has hosted live music safely since May 2020.

They do so by not allowing dancing, placing sanitation stations throughout the venue and having patrons download an app to tip performers virtually.

General manager Tiffany Bush said performers are coming from farther away to play at Ole Red because they feel safe with their pandemic precautions.

That includes an incentive program for staff members who receive their vaccine.

"So that way maybe we're a safer place to come visit since our staff is more willing to get the vaccination," said Bush.

While Ole Red, like the rest of the venues, would love to get back to normal, they said they learned to adapt and have some advice for the other venues in Knoxville.

"If we didn't have such an amazing community in Sevier County, we wouldn't have survived COVID-19," said Bush. "I think that's the biggest thing, just making sure that you have your community supporting you, and you'll get through anything."