Lynyrd Skynyrd to play at Thompson-Boling Arena May 1, 2020

The band will come to Thompson-Boling Arena as part of their 'Last of the Street Survivors Farewell Tour.' 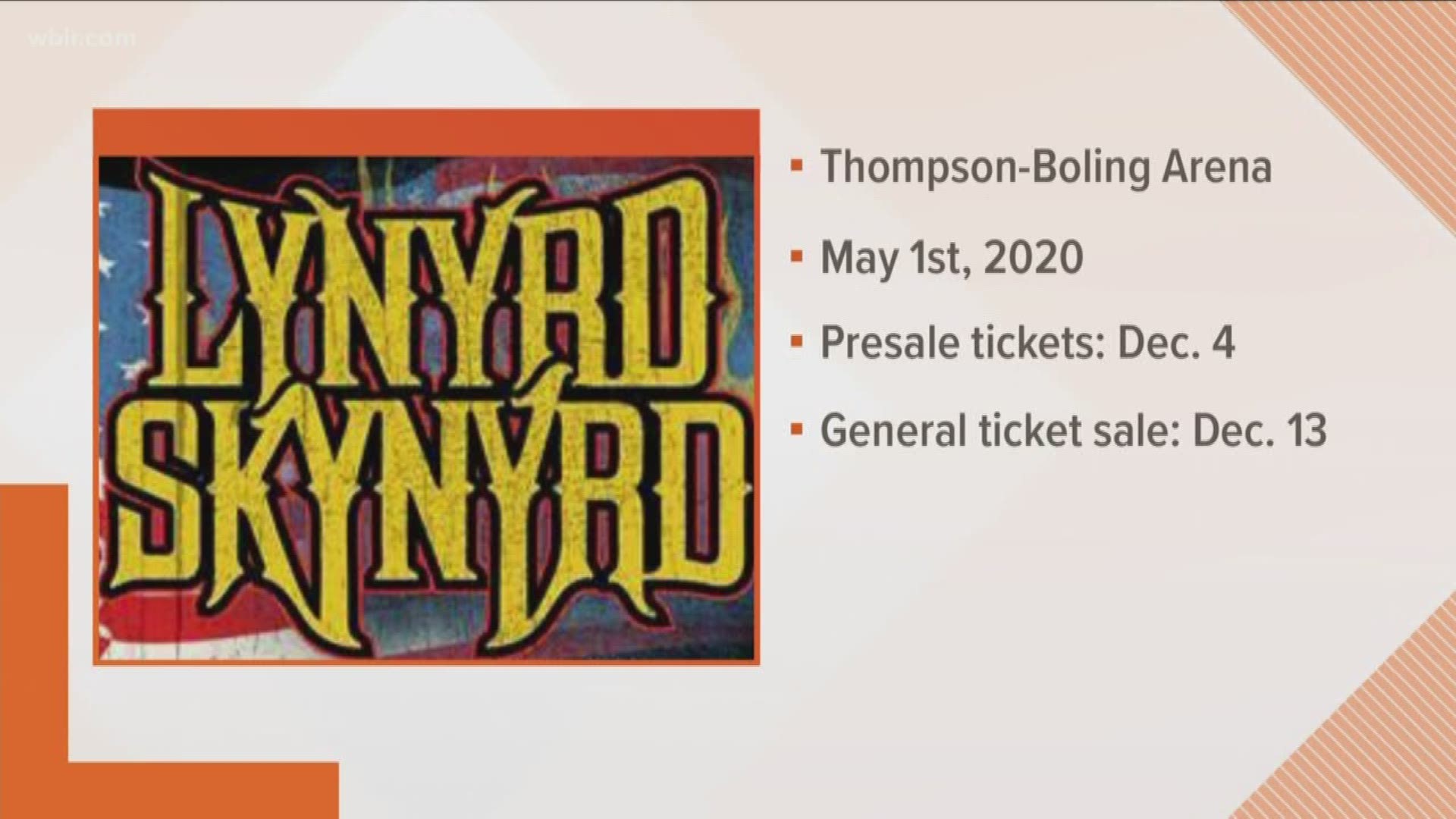 KNOXVILLE, Tenn. — The legendary southern rock band Lynyrd Skynyrd will play at Thompson-Boling Arena on May 1 as part of their 'Last of the Street Survivors Farewell Tour.'

General sale for tickets to the Knoxville show starts on Dec. 13 at 10 a.m.

"We’ve said we want to play every venue and market we've ever visited around the world one last time and even some places we haven’t, so we get to see all of Skynyrd Nation," Johnny Van Zant said in a press release, the band's lead singer. "We are getting close!"

Lynyrd Skynyrd will be the latest high-profile band to play at Thomspon-Boling Arena. Others include Jason Aldean and Elton John, both lined up for performances in 2020.

RELATED: Elton John to hold concert in Knoxville in 2020