Lynyrd Skynyrd to perform at Thompson-Boling

After their farewell tour was canceled due to the pandemic, the Rock and Roll Hall of Fame group says they're ready to hit the road again. 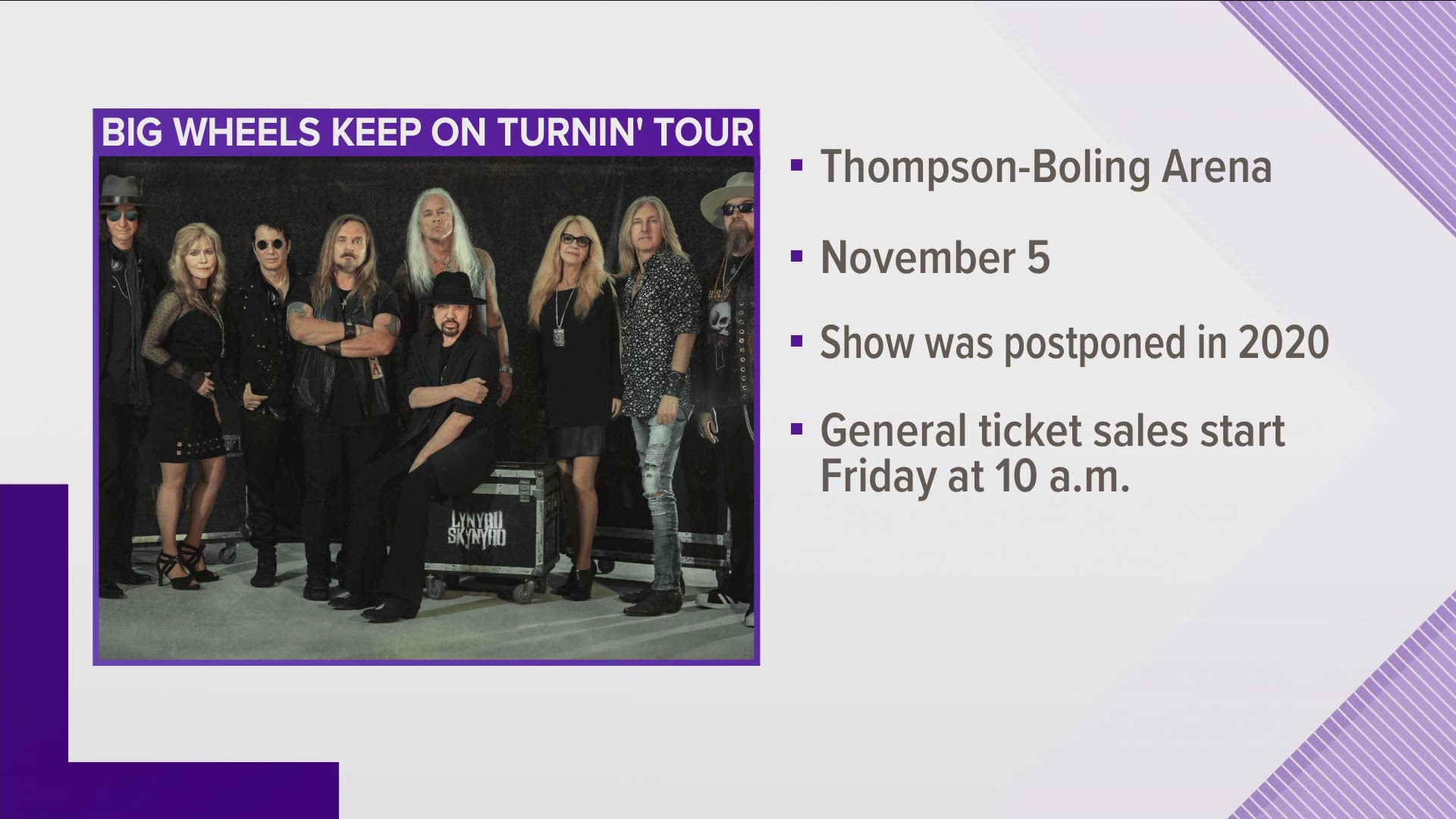 After having to cancel their May 2020 Knoxville show due to the pandemic, fans will finally get to see the band at Thompson-Boling Arena on Nov. 5, 2021.

Their Big Wheels Keep on Turnin' Tour begins on June 13 and runs until November 19, making Knoxville one of their last stops.

"COVID turned our world upside down. And since that time, we have been talking amongst the band, and realized that music has such a way of healing," Rossington said. "Maybe it's not our time to go. Maybe it's our time to lift people's spirits and lives and bring back some joy and happiness after so much turmoil this past year. We're still standing, still keeping the music going."

Friday, June 4, Lynyrd Skynyrd headlined the opening night of the Pepsi Gulf Coast Jam in Panama City Beach. This was the bands first show in 15 months and drew over 20,000 fans.

Tickets for the Knoxville show will go on sale to the public on Friday, June 11 at 10 a.m. Eastern Standard Time.

Fan presale will being Wednesday, June 9 at 10 a.m. Eastern Standard Time by logging onto www.lynyrdskynyrd.com/tour and using the special code SKYNYRDBIGWHEELS.