It's not a trick! Central Cinema to reopen April 1

Regal Cinemas also announced plans to re-open theaters in April, with some opening as soon as April 2. 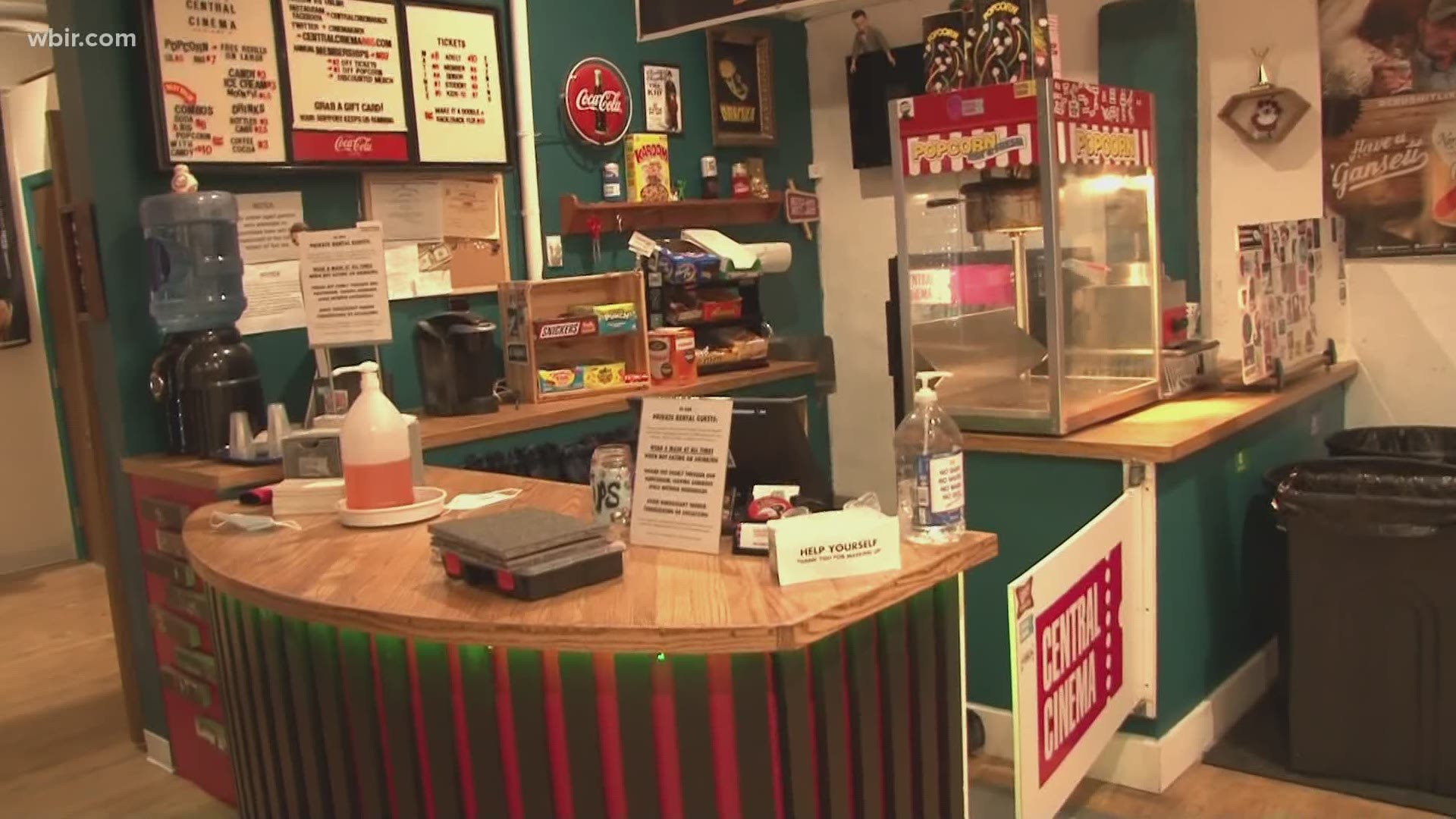 KNOXVILLE, Tenn. — Early in the pandemic, the screen went dark at Central Cinema and stayed dark for several months. Yet, the projector may shine again soon.

The owners of Central Cinema announced that the theater will reopen on April 1, with some new safety restrictions in place. Moviegoers will be required to wear masks while enjoying their favorite classic films, and the theater will operate at 40% capacity.

They will also host a showing on Minari, which earned six Oscar nominations, on April 3.

"I think it's good overall that the theaters are opening back up," said William Mahaffey, the program manager of Central Cinema. "Besides the fact that I want the industry to do well as a whole, I enjoy going to the movies, not just at my own theater. I would like to go back to Regal and see some of the big blockbusters."

Regal Cinemas also announced plans to re-open theaters in April, with some bringing audiences back in for "Godzilla vs. Kong" on April 2.