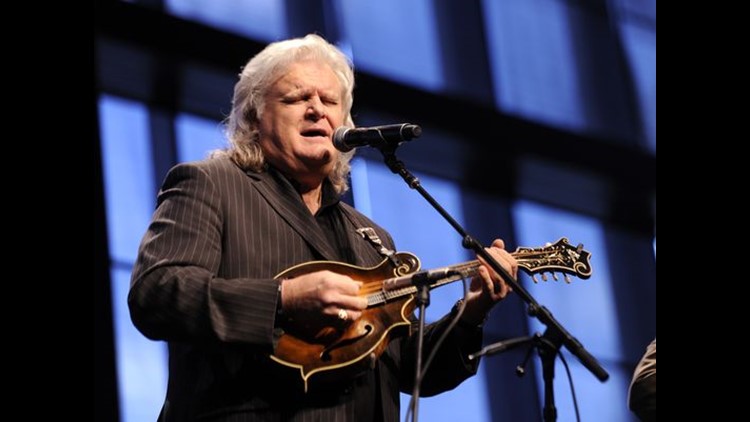 The Town of Louisville, located in Blount County, has announced Wolfstock 2020, scheduled for May 22-23 by the town hall with headliners Chris Janson and Justin Moore. Lindsay Ell, Joe Diffie, Ricky Skaggs, The Cadillac Three and Maryville native Jackie Lee.

“The town of Louisville is excited to host to Wolfstock 2020,” said Tom Bickers, Mayor of Louisville. “We’ve been looking for a way to showcase all the fun and beauty our town has to offer, and we couldn’t be more delighted with how this event has come together. We look forward to this being an annual event that people come back to year after year.”

You can get more information and buy tickets here. The first thousand people to buy tickets will get a $50 discount.

Chris Janson is a platinum-selling recording artist, high-octane entertainer, multi-instrumentalist and award-winning singer/songwriter as well as the youngest living member of the Grand Ole Opry. “Good Vibes,” the flagship single from his new album Real Friends recently became his third No. 1 at country radio. His previous album Everybody produced the gold-certified second No. 1 hit single “Fix a Drink” -- a follow-up to his No. 1 double-platinum debut smash “Buy Me a Boat.”

Justin Moore released his fifth studio album, Late Nights and Longnecks, in July 2019. Moore’s self-titled debut album hit No. 1 on the country music charts. In September 2009, “Small Town USA” became his first No. 1 single. His album Off the Beaten Path in 2013, became gold-certified, and Justin Moore and Outlaws Like Me are platinum-certified.

Lindsay Ell’s first full-length album The Project debuted at No. 1 on the Country Album Sales Chart and was named Billboard’s “Best Country Album of 2017.” Her single “Criminal” was the Most Added song at Country radio upon impact and became her first-ever Top 20 hit in the U.S.

Joe Diffie, known for hits like “Pickup Man,” “John Deere Green” and “Prop Me Up Beside the Jukebox,” is a Grammy winner, has 12 No. 1 singles and has sold more than 6 million records with his songwriting and vocals.

Ricky Skaggs has earned 15 Grammy Awards, charted a dozen No. 1 Billboard singles, made 12 top country albums and last year was inducted into both the International Bluegrass Music Association and Country Music Halls of Fame. Most recently, he performed on the 2018 CMA Awards alongside Keith Urban, Brad Paisley and Brothers Osborne.

The Cadillac Three recently released a song they co-wrote, “Crackin’ Cold Ones With The Boys” along with “All The Makin’s Of A Saturday Night” which ESPN/ABC are highlighting on College Football broadcasts throughout the season. They also have performed cuts for Tim McGraw, Rascal Flatts, Miranda Lambert and Steven Tyler. Grammy-nominated frontman Jaren Johnson picked up a CMA Triple Play Award for No. 1 hits “Beachin’” (Jake Owen), “Sunshine & Whiskey” (Frankie Ballard) and “Raise ’Em Up” (Keith Urban ft. Eric Church), which earned him an ACM Award nomination for Song of the Year.

Jackie Lee, who hails from Maryville, Tenn. made his Grand Ole Opry debut in September 2014 and has released hits such as “Headphones,” “Leave the Light On” and “Getting Over You.”

“We have put together an amazing lineup of performers who will be featuring their top hits in this beautiful outdoor setting,” said Aaron Tracy, owner of Tailormade Productions. “We are excited for the Town of Louisville and believe that people from across East Tenn. will come to experience this unforgettable event.”