Bonnie Lou performed across East Tennessee alongside her husband, Buster. The duo went on to create some of the Southeast's most beloved variety television shows. 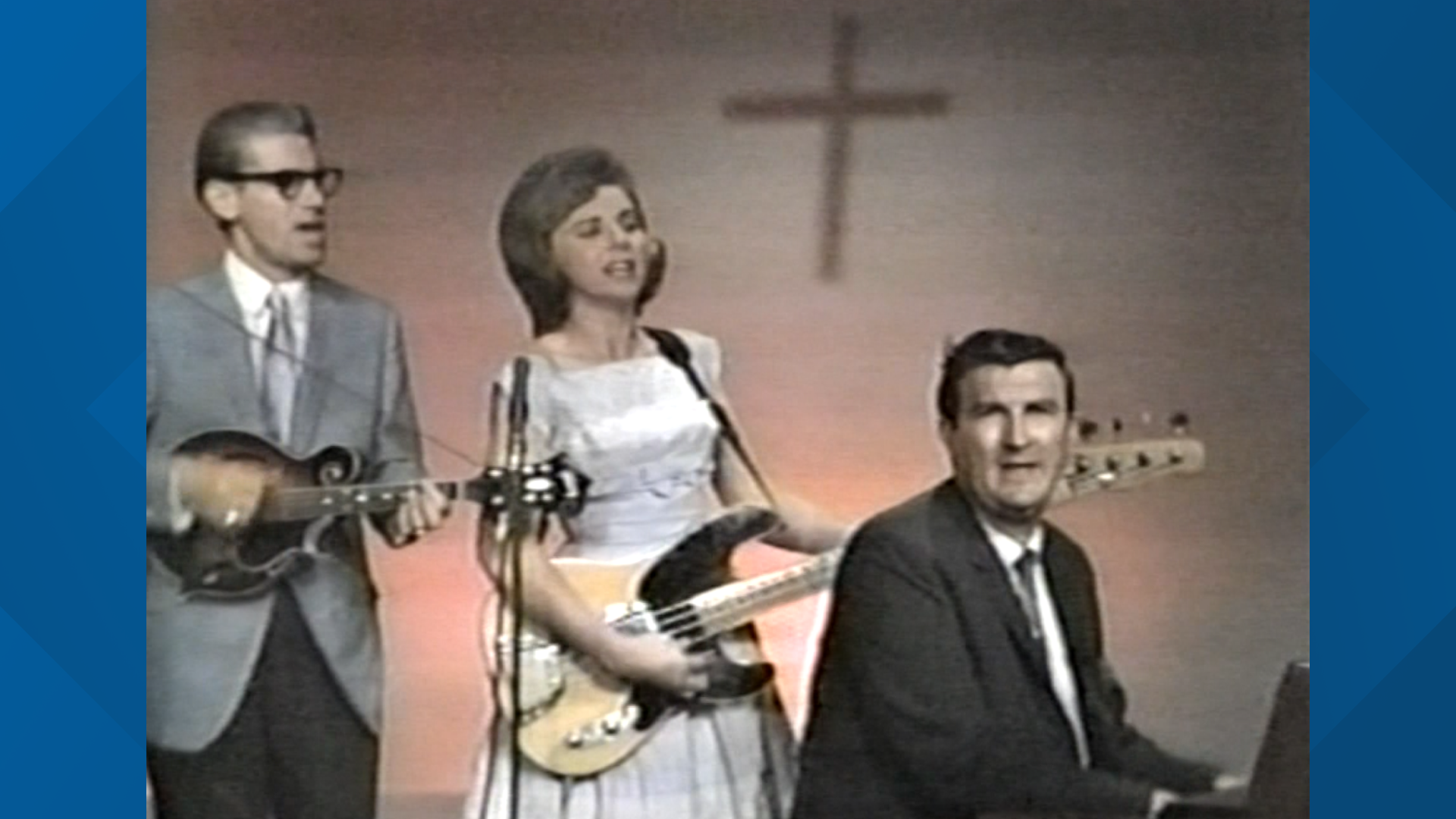 Margaret "Bonnie Lou" Moore, a beloved Morristown performer and North Carolina native best known for bringing joy to many across the Southeast through television and radio, has died at the age of 93.

Family announced she passed away Monday.

Bonnie Lou and her husband Hubert Ralph "Buster" Moore married in 1945. Her entrance to fame was quite unique. Buster performed on popular radio shows such as Cas Walker's show, but when one of his members fell ill -- he needed someone to fill the spot. Buster wanted his wife by his side, and the rest is history.

"One of the boys got sick and I filled in for him, and after that -- they wanted me to be part of the show," Bonnie Lou said in 2012. "So, Buster organized his band with me, my brother Lloyd, Carl Butler and Art Wooten. That was our first band."

Their union would lead them to years of success in the Southeastern radio circuit, and later the two would go on to create some of the region's most beloved variety television shows: the Jim Walter Jubilee starring Bonnie Lou and Buster, and the Smoky Mountain Hayride Show.

The Jubilee was recorded in Knoxville from 1959 to 1983, airing across numerous television markets in the Southeast. It featured everything from country to bluegrass, comedy, and gospel.

In the mid-70s, the two helped put then-unknown Pigeon Forge on the map -- creating the Smoky Mountain Hayride Show at the Coliseum Theater.

"On TV, we'd educate them where our show was by saying, 'We're about 5 miles north of Gatlinburg,' cause everybody knows where Gatlinburg was. It's changed now," Bonnie Lou reminisced during an interview in 2012.

The duo would continue their performance careers into the 90s before retiring in 1995. One year into retirement, Bonnie Lou lost her husband to a heart attack.

Fifty years of show business "was enough" for her. She spent her days singing in her church choir, but looked back fondly on her time in the limelight and the love she received from millions.

"Fans recognize me and tell me they watched the show for years and years. Lots of people say, 'I grew up watching the Bonnie Lou and Buster show.' I appreciate it, you know. I just appreciate all of them," she said.

Bonnie Lou was preceded in death by her husband, her parents Lantie and Edith Bell, and her brothers Lloyd and Theodore Bell. She is survived by brothers, sisters, her sister-in-law, nieces, nephews, her great-nephew, and other family members.

Her family is asking for donations to her church, First Baptist Church of Morristown, or a charity of choice in lieu of flowers.

An 11 a.m. graveside service will be held in her honor on Friday, September 25 at White Pine Cemetery.