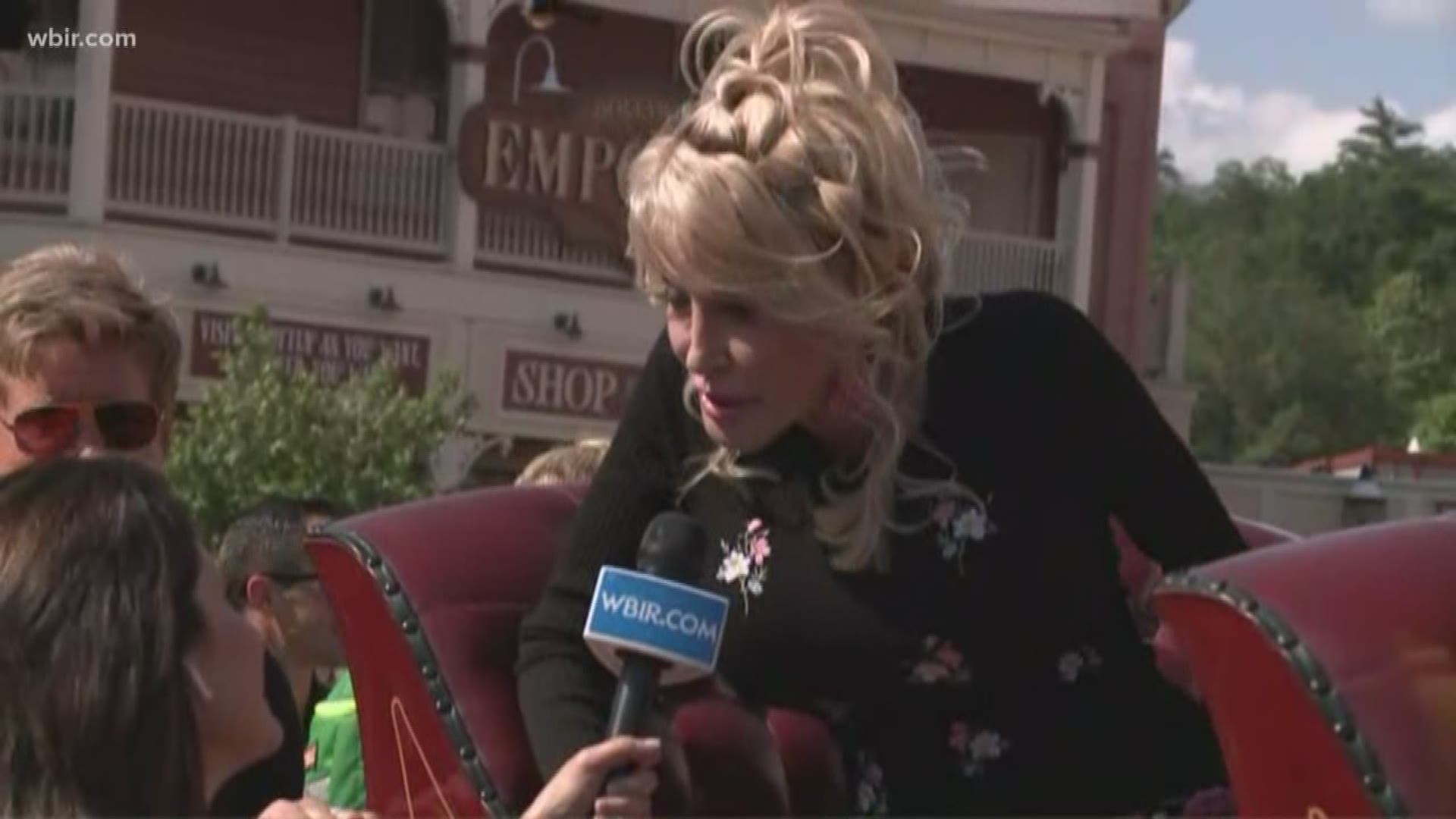 NASHVILLE, Tenn. — We celebrate Dolly Parton pretty much every day here in East Tennessee, but on NBC Tuesday night, a special celebration will air to celebrate her 50th anniversary with the Grand Ole Opry.

Parton performed at the Opry at the end of Dolly Week in early October. The shows sold out, and for people who couldn't get a ticket or just want to see the performance again, we've got great news!

RELATED: 'We had about maybe one minute to get out' | Farragut woman finds special gift among charred remains of her home

“Dolly Parton: 50 Years at the Grand Ole Opry” will feature new interviews as well as some of her biggest hits in front of a live Opry audience. In addition, her superstar friends – Dierks Bentley, Emmylou Harris, Chris Janson, Toby Keith, Lady Antebellum, Margo Price, Hank Williams Jr. and others – will also be on board to celebrate Parton’s career and perform.

“I’m so thrilled to be celebrating my 50-year anniversary with the Grand Ole Opry,” Parton said. “I’m also excited that NBC wanted to share in this milestone with me. Together we hope to entertain a broader audience on what the Grand Ole Opry is and what it means to me. We have some special treats, surprises and great performances by some very talented artists and I’m looking so forward to sharing it with you.”

RELATED: Here's when you can watch the Dollywood Hallmark Christmas movie

RELATED: Dolly Week at the Opry: Toby Keith, Hank Williams Jr. and other country stars to perform with Dolly

“Dolly Parton’s impact on country music is beyond description, and she remains a cherished icon,” said Doug Vaughan, Executive Vice President, Special Programs, NBC Entertainment. “Dolly will always have a home at NBC and we can’t wait for her to deliver her wonderful collection of hits to the Opry stage.”

“Since officially joining the Opry 50 years ago, Dolly Parton has taken the country music world — and the world, for that matter — by storm, taking her Opry roots with her,” said Dan Rogers, Opry vice president and executive producer. “We are thrilled that the girl who grew up listening to the Opry with her family in the Smoky Mountains will be sharing the heart of the Opry live this week on the Opry stage and with millions of fans next month on NBC.”