For more than half a century, Smokey the bluetick hound has guarded the end zones inside Neyland Stadium. It's a Rocky Top tradition that began in 1953 with a hunting dog named Blue Smokey. 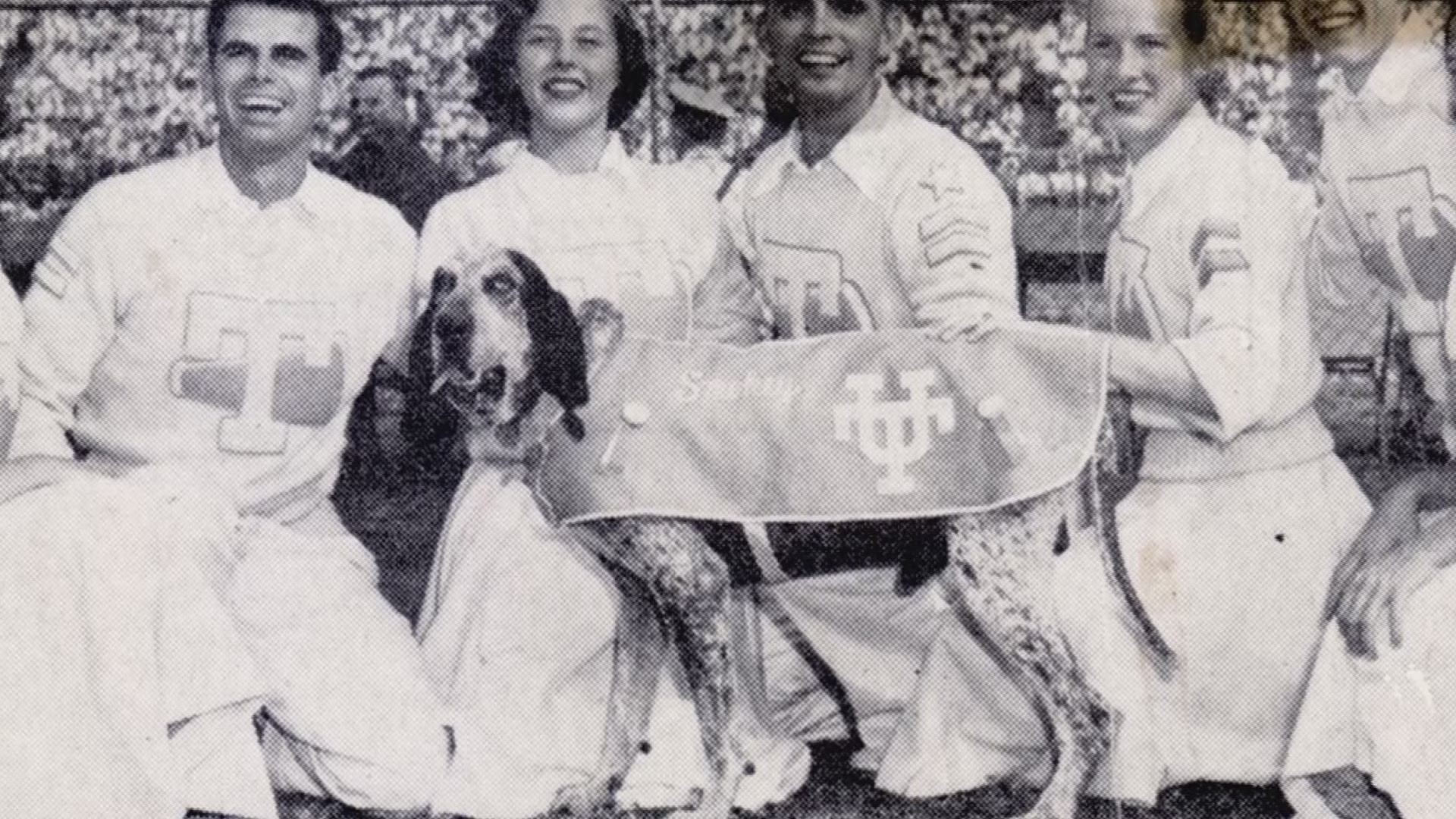 For more than half a century, Smokey the bluetick hound has guarded the end zones inside Neyland Stadium. It's a Rocky Top tradition that began in 1953 with a hunting dog named Blue Smokey.

"Bill Brooks, my uncle, had him for quite a while," said Charles Hudson. "That's where Smokey started."

"When dad got them, they stayed in the house," remembered Hudson. "Smokey would sit and watch TV with you."

"We consider it an honor and a privilege," said Cindy Hudson.

And so do their kids, Katherine and Sam. But finding Smokey X was no easy task. You see, the original Smokey blood line, ironically in South Carolina, ran out and Smokey 9 was battling an ACL injury.

"So here we were stuck with a situation of where are we going," said Cindy.

They were determined, anywhere but out of state.

"Charles and I really wanted it to be a Tennessee bluetick born and raised. And, we immediately began the search to find one."

"I got a call from Cindy Hudson and it was so thrilling, so thrilling," said Wendy Davis of Davis Branch Blueticks. "I said, 'I think I can help you out.'"

"When Smokey X was two months old, he was 26 pounds. The runt of the litter was five pounds. He was so much bigger than the rest of the puppies. And, I thought, made my job easy, that's Smokey."

Smokey X gets his size from his daddy, Pokey Joe, weighing 90 pounds, but his howl, that infamous bluetick bawl, is courtesy of mom, Little Lucy LuLu.

However, growing into the mighty mascot collar has taken a little time for Smokey X.

"When we brought him home, all he wanted to do was cuddle and be held," said Cindy. "So, he's a lover not a fighter."

"They've (Cindy and daughter Katherine) always treated him like a baby," added Charles. "He's a male. He needs to be more of a man, I guess."

Inside Neyland Stadium, Smokey X is finding his bark, but not his bite.

Smokey X is only a year and a half old. The Hudsons and Davis couldn't be prouder when the bluetick takes the field.

"A lot of people come here for dogs now just because of that."

Customers include former Vol and Kansas City Chiefs Eric Berry. Last year, he surprised his father with one of Smokey X's siblings.

"Mr. Berry was just so humbled and so surprised," said Wendy.

In addition to Smokey X siblings, Davis will soon have his offspring. Goodnight Gracie is Smokey X's mate for life, and she's due November 18th.

"You're going to have the only real little Smokeys alive," cooed Wendy to Goodnight Gracie.

It's the beginning of a new Tennessee tradition.

"We have some good things in place to provide the blood line for a long time."

To learn more about Davis Branch Blueticks in Shelbyville visit DavisBranchBlueticks.com or call Wendy Davis at 931-703-2101.