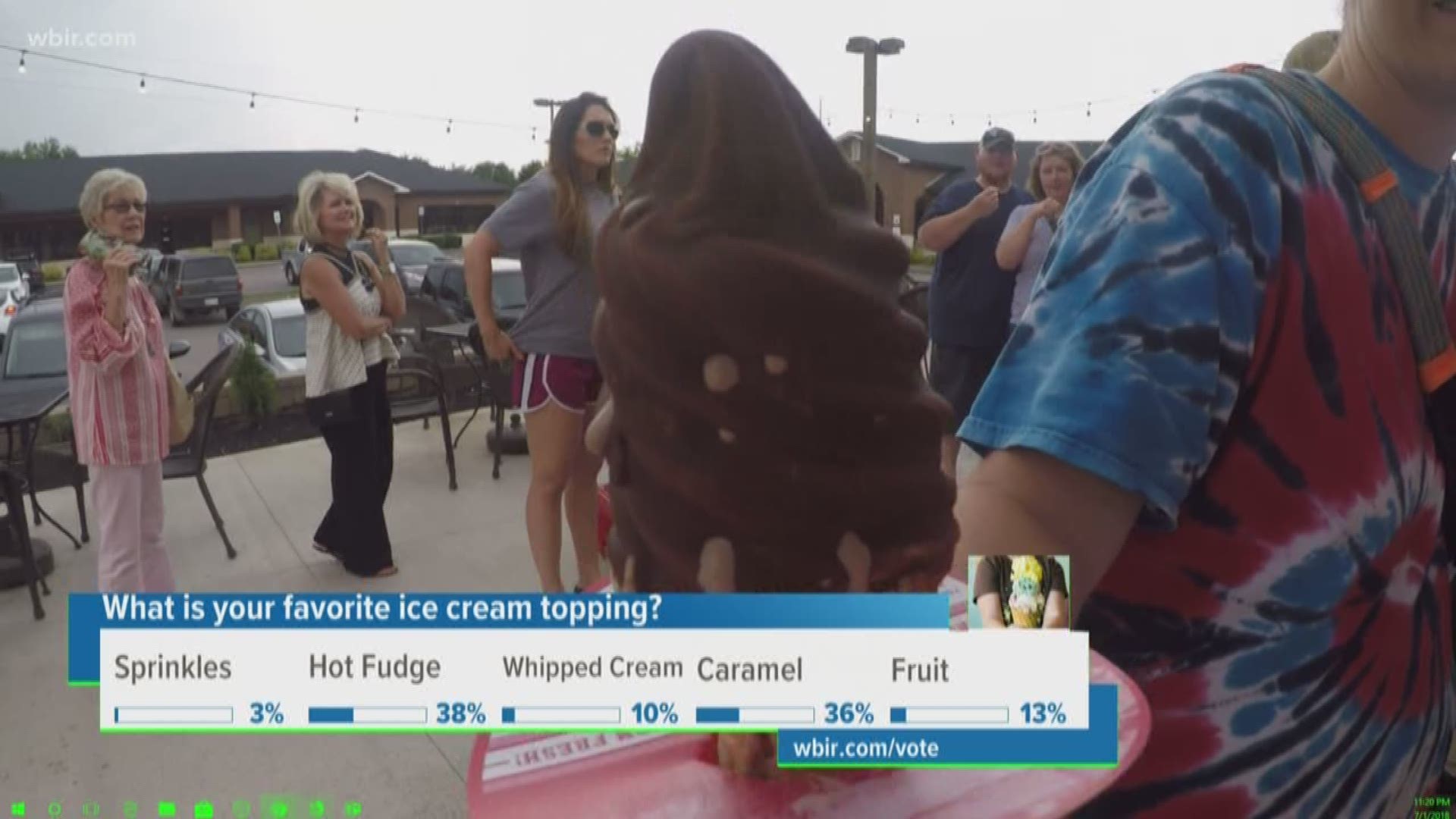 PIGEON FORGE, Tenn. — East Tennessee -- are you ready for this?

Pigeon Forge has all kinds of unique shops and attractions, and it's constantly getting new ones added in to mix, and now, it will have a liquid nitrogen ice cream shop to add to the ever-growing list.

Buzzed Bull Creamery announced Tuesday in a news release that it will open in Pigeon Forge in early Spring 2020. The company initially thought it'd be able to open before the end of the year.

The location is set for 3239 Parkway in Pigeon Forge. Crews have begun construction and the company said it's eager to serve the residents of the community as well as the tourists coming and going.

"Buzzed Bull Creamery is not an ice cream store, it is an experience," said franchise team member Dev Patel. "Being able to see ice cream being made from raw products to finished food is a unique visual experience that ends with a delicious, high-quality product in a family-friendly and fun environment!"

The liquid nitrogen creamery will "specialize in made-to-order non-buzzed (without alcohol) and buzzed (alcohol-infused, 21+) ice cream, nitro milkshakes, and coffee," the release said.

The shop will have 32 flavors, 20 mix-ins and more than 30 liquor options for those age 21 and older.

Some of the boozy recipes available will include:

- Honey Pecan, a honey ice cream or milkshake creation with pecans, whipped cream and an option to add in bourbon.

- Death By Chocolate, a chocolate ice cream or milkshake recipe with brownie bites, chocolate chips, and chocolate sauce to top it all off, with a boozy accompaniment of chocolate vodka available.

-The Dreamsicle is made of orange cake batter ice cream, with waffle cone pieces, whipped cream and an option for orange vodka to be put in the mix. You can get it as a milkshake as well.

"Fusing the liquid nitrogen with the non-buzzed and buzzed flavors, mix-ins and toppings make this sweet treat an ideal pairing to family outings, group ventures, and nightcaps," the release said. "Both adults and kids are captivated as they watch their dessert start as a liquid and transform into a frozen state in a matter of seconds."

According to the release, the franchise team of the location has roots in the Pigeon Forge community and is excited to bring the concept to East Tennessee.

They have a Facebook page where you can follow along with their progress. You can find it here.