This little hotel was once a riverfront resort. Now, it is half-hidden on a hillside waiting for the day guests fill its rooms. 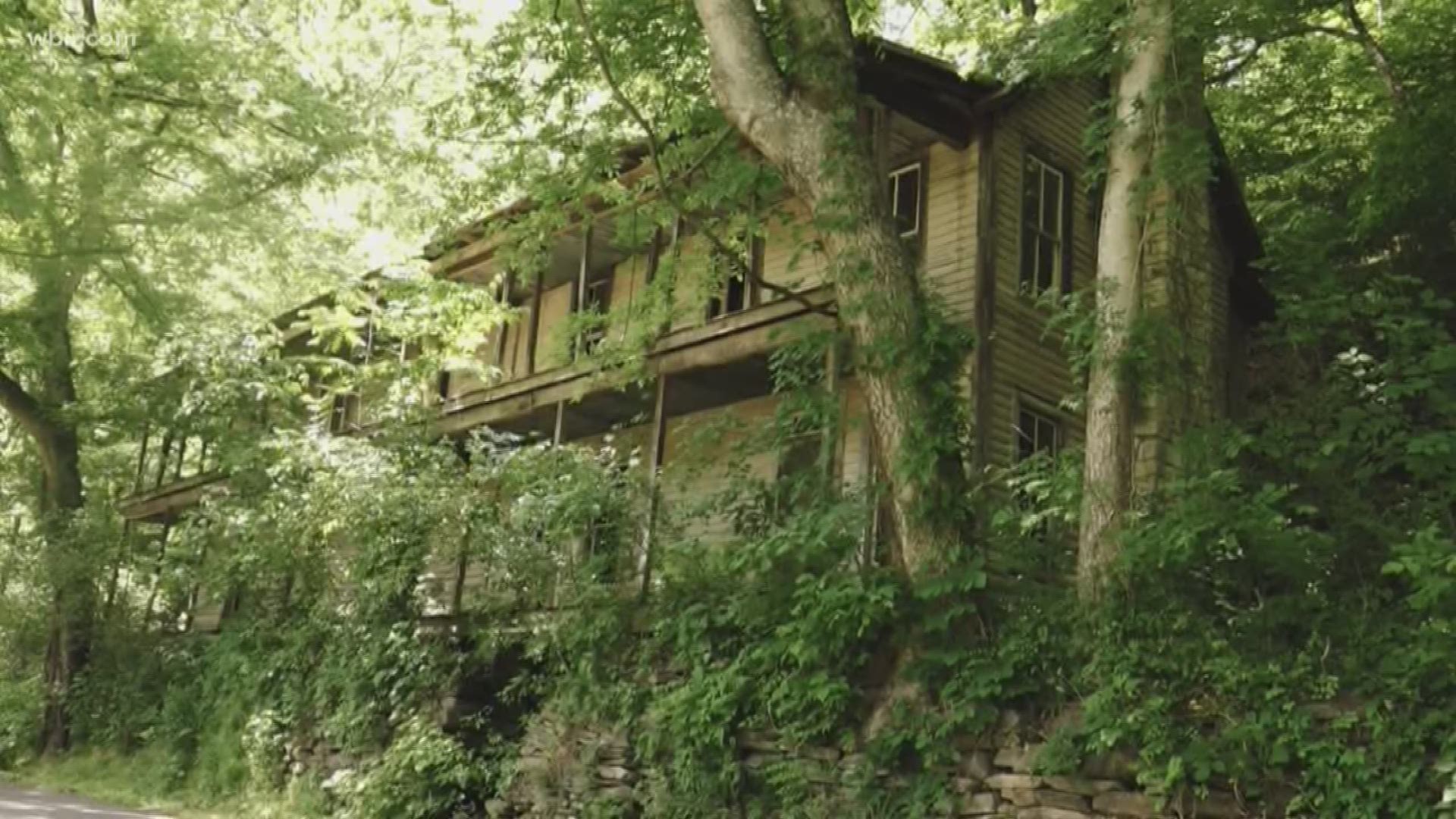 Nestled along the Hiwassee River, the town of Reliance is small but beloved by locals and Cherokee National Forest visitors alike.

“I may be a little biased, but it’s just one of the prettiest places in the whole world,” said Harold Webb, administrator of the Webb Bros. Rafting Company.

Born and raised in Reliance, Webb has dedicated most of his life to preserving this riverside town’s history, and hidden away on a hill by thick trees and shrubbery is his passion project: the Higdon Hotel.

Built in 1878, the hotel was originally a home for a woman named Harriet Dodson. Though what happened in the next five years has been lost to history, the property was sold to the Higdon family in 1883.

The Higdons doubled the length of the building and turned it into a boarding house for railroad bosses and supervisors as tracks were laid through the town in 1890. While the rooms were exclusive to the bosses, the kitchen seemed to be open to all.

“They fed a lot more people than stayed here,” Webb said. “They had some little tiny rooms that were just big enough for a bed, almost more like a bunk room, and they had a big dining room and a big kitchen and so they apparently fed a lot of the workers that weren’t actually staying here.”

1 / 15
Elizabeth Sims
This little hotel was once a riverfront resort. Now, it is half-hidden on a hillside waiting for the day guests fill its rooms.

Once the railroad was completed and passenger trains started rolling through, the boarding house operated as a riverside resort until the 1930s.

“When the passenger trains stopped, that was kind of the end of the resort,” Webb said.

With business fading, the Higdons moved away and sold the property, and the resort became a private residence for a family Webb knew.

Then, in the 1970s, Webb and six friends started a campaign to get the Higdon Hotel and other nearby historical buildings on the National Register of Historic Places. Eventually establishing the Reliance Historic District in 1986.

The group started the restoration process, hiring someone to fix up the Higdon in time for the 1996 Olympics in hopes of attracting visitors.

“Then he had an accident and wasn’t able to do the work. So all of the sudden the Olympics are over with, and we kind of stalled out after that and weren’t able to proceed,” Webb said.

Despite this setback, Webb and his friends were still able to tackle many of the “problem areas” and make some of their own additions. They put a new roof on it, added a brand new septic system, drilled a well, excavated a basement and built an addition on the back of the lot.

With their work, the structure remains intact and stable.

Inside, piles of salvaged wood, glassware and nail are scattered on the floor among shards of glass from windows broken by vandals and curious explorers. Ashes still sit at the bottom of the original stone fireplaces. White flecks of paint are sprinkled throughout the structure, revealing the powdery blue stain of the hotel’s original “buttermilk paint” underneath.

Upstairs, skeletons of spacious rooms are barren, lit only by the sun streaming through the thick tree branches and broken windows. Creaky, chipping white doors lead onto the thin deck that stretches across the front of the hotel with no railing.

“What’s really needed now is the finish work: plumbing, electrical, paint, put the trim back on,” Webb said. “We’ve got the trim off of it. It’s got a lot of gingerbread trim and we’ve got quite a few of the original pieces in storage.”

Salvaging these original pieces has been just another challenge as people have broken into the hotel and taken everything from wood planks to the ornate doorknobs.

However, conflicts among the original group of seven have halted efforts for years, and Webb has bought out all but one to keep it going.

“We’re just in a stalemate for 20 years and my partner wants to bail out, and I haven’t been in a position financially to buy him out,” Webb said.

As a self-described preservationist, Webb has plans to finish restoring the Higdon and using it as a hotel again for visitors in the area

Webb has already renovated other historic properties in the area, turning one called the Watchman’s House into three rentable apartments, and he hopes he can restore the Higdon Hotel to its riverside resort roots.