The Sanitary Laundry Building served the North Broadway corridor for nearly 70 years before it was abandoned. Now, it has a chance to rejoin the community. 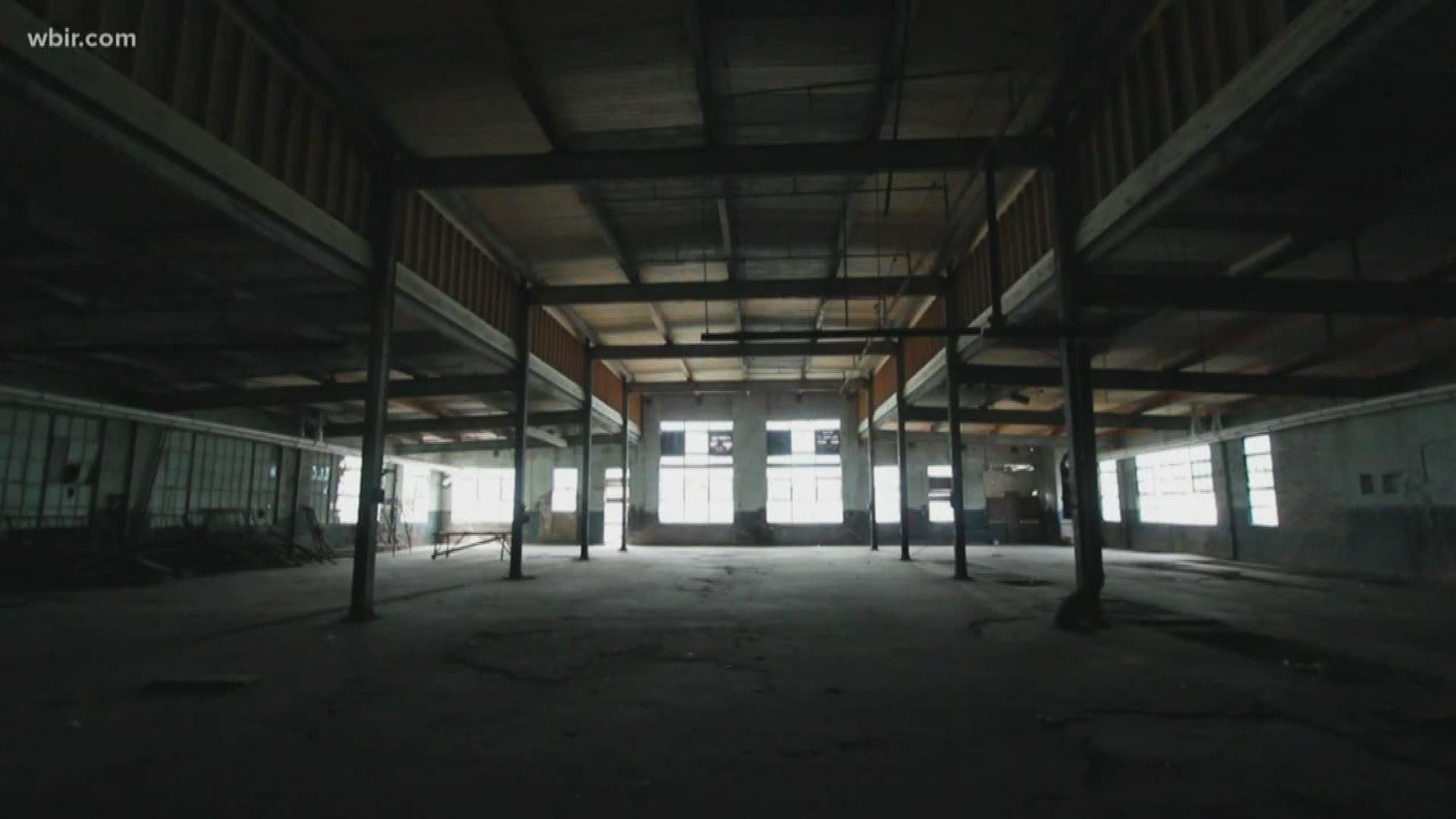 However, behind those boarded-up windows, the former Sanitary Laundry Building opens up into 30,000 square feet of dusty concrete, Christmas-colored bricks and rusty relics of its heyday.

Started in 1926, it was once a major employer on the North Broadway corridor.

“At one time, it employed around 200 employees, and they did everything from dry cleaning to servicing laundries and towels and sheets and other things,” said Anne Wallace, deputy director for the office of redevelopment at the City of Knoxville.

Within those walls, people earned a living and served the community until 1993 when the laundry operation closed for good.

The building sat vacant for years, slowly deteriorating from weather, break-ins and squatters.

The City of Knoxville acquired the Sanitary Laundry site in 2014 during a tax sale process and began considering its future.

“We saw, similarly, this building as a great property. It’s got a lot of space. It was a major employer for the area so it’s got great history too, both architecturally and the general public’s knowledge,” Wallace said.

City officials went back and forth, looking at the costs of tearing down the building or renovating it for potential reuse.

“There was a lot of push back on the idea of spending money to replace a commercial roof, to deal with the environmental issues of the building,” Wallace said. “But there’s value in our history, and there’s value in the places that people worked and sweat and gave their lives to provide for their families and to provide a story for this community.”

The cost for each option was roughly the same so the city decided to start the renovation process.

The redevelopment team received a $200,000 grant from the Environmental Protection Agency (EPA), which the city matched with an additional $40,000.

The process started in 2016 and ran until August 2019, removing 3,760 square feet of asbestos-containing material, disposing of over 20 tons of waste in the basement, putting on a new roof, and installing a partial vapor mitigation system to filter out some potentially harmful materials left behind by the dry cleaning operation.

“Basically, it was the same thing you do at your house. You get all of the junk out of the way first so you can see what you’re left with,” said Liz Porter, vice president and senior project manager for S&ME, a geotechnical engineering firm that worked on the project with the city.

For the past three years, Porter and Wallace have overseen local and state crews working on the building, and restoring such a massive structure has yielded some stories.

Porter recalled a time early on in the process when she and Wallace were walking through the dark, expansive basement with nothing but flashlights when a city worker accidentally gave them quite a fright.

“There were a lot of times coming in here that it was kind of creepy because it’s very dark. We had flashlights. You never really know what’s around the corner,” Porter said. “We didn’t really know who it was so when you’re down there, sort of in a dark corner, and you hear footsteps coming toward you, ‘Hello?’ was what I believe we called out.”

1 / 11
Liz Porter, S&ME
Photos from the clean up and redevelopment of the Sanitary Laundry Building in North Knoxville. Used with the permission of S&ME.

At this time, the Sanitary Laundry site has been renovated to the point that it can eventually be sold and redeveloped.

Before it can officially rejoin the North Knoxville community, the building will need a full vapor mitigation system installed and lead-based paint removed, among other aesthetic updates.

Fortunately, the Tennessee Department of Environment and Conservation (TDEC) Brownfield Voluntary Agreement will help guide the new owner through that process.

“People are drawn to places that have history. They want something that has a feeling of connection to the community,” Porter said. “And I think they’re even more attracted by the fact when they know that there’s something like this that was really run down and then it’s rehabilitated.”

Wallace said the city had to wait for the new mayoral administration to develop the Request for Proposals for the building. Anyone interested in the property can contact the city’s purchasing department to put their name on the list.

Until the proposal process begins, the brown brick building on North Broadway will sit empty, waiting for a time when people fill the space again.