Morgan County's oldest standing settlement house is a testament to Tennessee's formative years. Now, park rangers are working to make sure that history is not lost. 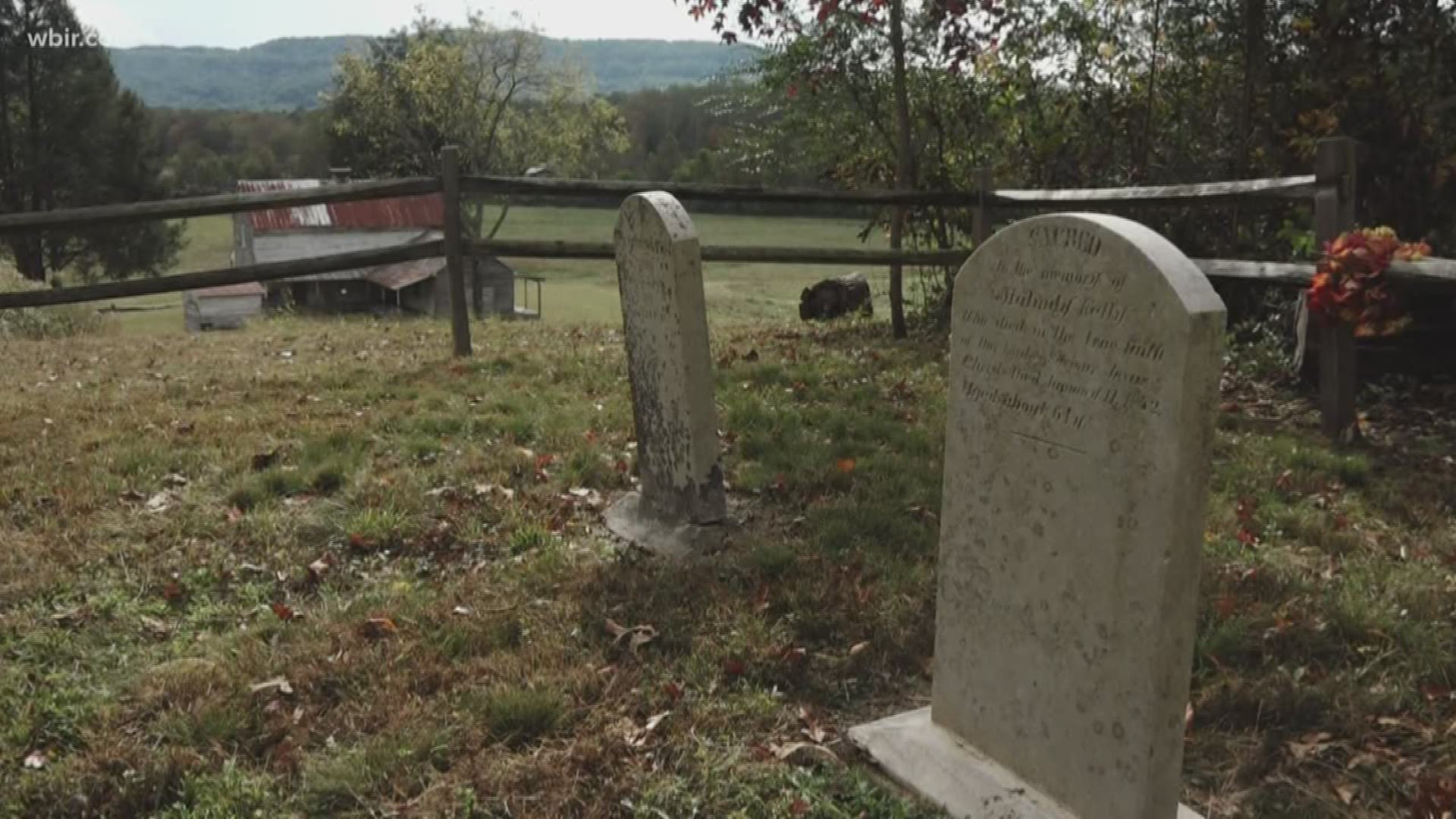 Sitting southwest of the infamous Brushy Mountain State Penitentiary is another historic Morgan County site that isn’t as well-known but is just as significant to the area’s story.

The Stonecipher-Kelly House, the oldest standing settlement house in the county, is nestled at the foot of the Frozen Head Mountains, one of the few surviving relics of East Tennessee’s formative years.

The land, which originally belonged to the Cherokee, was acquired by the United States in 1804 with the Third Treaty of Tellico, a Revolutionary War land grant.

The house, or rather the original one-room cabin, was built by Ezra Stonecipher, the son of a Revolutionary War soldier, who moved his family to the area in 1807.

“His father fought in the war, and they were rewarded with land. Essentially, the government said, ‘Your land’s out west. Go find it,’” Frozen Head State Park ranger Joe Nowotarski said.

The little cabin sat along Old Emory Road, a footpath for settlers traveling between Nashville and Knoxville, serving as a checkpoint of sorts.

In those days, the family grew what they needed on a tiny farm, and the kitchen was separated from the cabin to manage the heat inside and to keep it from catching on fire.

Stonecipher sold the cabin to James Kelly, a merchant from the Knoxville area, in the 1820s. Kelly expanded it into a house and grew the family farm into a thriving business.

“Essentially, he was the one who expanded and took this from more of a subsistence, survival, ‘pioneers in the woods’ and turned it into a fruitful and profitable farm and merchant expedition,” Nowotarski said.

The house and land stayed in the Kelly family for generations, with a Stonecipher woman, Julia, marrying into the family and bringing the original name back under one roof.

“So the two families came together, and through the generations, well, children were born here, grew up here, grew old here. It’s kind of a classic country life,” Nowotarski said.

Throughout those generations, newspapers, wallpaper and even fabric served as insulation for the two-story home; a root cellar was an external cooling house before modern refrigeration, and a few family members were buried on a hill just beyond the porch.

Sitting in the same spot for over 200 years, the house has witnessed quite a bit of history, though some aspects were not always pleasant.

“There have been some violent deaths associated with the house,” Nowotarski said.

According to his research, James Kelly was coming back from a business trip in Knoxville during the Civil War, when he was kidnapped, held for ransom and murdered by bushwhackers.

Another Kelly man, Joseph, was beaten to death by a prisoner working in the fields in front of the house. The prisoner went on the run but was eventually captured.

Historic photos of the Stonecipher-Kelly House

Despite the darker tales, the house stayed in the family until the 1980s when the last two Kelly sisters, who kept a weaving loom in the cramped attic, grew old and eventually died.

“They lived here at the house, but of course, like everybody, they got old and were not able to really take care of it. They had a lot of support from the community and from their descendants in the community,” Nowotarski said.

Furniture and personal items from many generations were left behind. The rusty tin roof leaked, the wood floor buckled, the heavily papered walls peeled, and animals turned the cornhusk mattresses in the attic into their personal playground.

Despite being left to the elements, the Stonecipher-Kelly House still stood tall in the midst of the mountains.

“For the most part, this house was built so well, and it’s a testament to the craftsmanship of Ezra and the Kellys that came after him that this house could even stand for this long, especially when it stood that long when it was here by itself,” Nowotarski said.

The house went to auction, but the lackluster upkeep and lack of conventional plumbing and electricity proved to be more than an individual could handle.

“Essentially, that football was being fumbled around for a while until the state finally picked it up in 2014,” Nowotarski said.

Nowotarski is part of a team working to restore the Stonecipher-Kelly House so it can be a living history homestead for the state park.

It has been a process of documenting artifacts left behind, maintaining the property and warding off natural dangers like leaking roofs and munching termites.

“We’re actually right smack dab in the middle of the design and development phase,” Nowotarski said. “Aesthetically, we’re going for as little change as possible. There will be some minor alterations that are things that structurally need to be done, you know, to keep this thing standing.”

The park crew aims to have those necessary renovations and restorations underway by Spring 2020.

Nowotarski said the community has been supportive of their efforts to preserve and restore the historic home, joking that most of the county is related to the Stoneciphers or the Kellys so the project is personal.

“As historians and state park rangers, we’re trying to get in there and learn some ourselves, write it down so we can tell it to the greater public,” Nowotarski said.

While this project is meant to educate the community, Nowotarski said they are learning just as much from the people connected to the home through stories passed down for generations, since much of history was not written down.

“That is kind of what we’re working towards with this house is make it a community centerpiece, somewhere people of the county can come together and not only honor their ancestors and learn about the history, but also make these new memories with their kids and the rest of the family,” Nowotarski said.

Since the 200-year-old home is still fragile, it is not currently open to the public, except for special heritage events hosted by the park, which offer small tours inside to give people a vision of the house’s future.

Until the restoration is complete, the historic home will sit in the shadow of the Frozen Head Mountains with park rangers and the occasional tour group walking its picturesque land.