A bear was caught on video attacking a wild hog, and experts say this is typical bear behavior

Wildlife biologist says it is common for bears to prey on wild hogs. 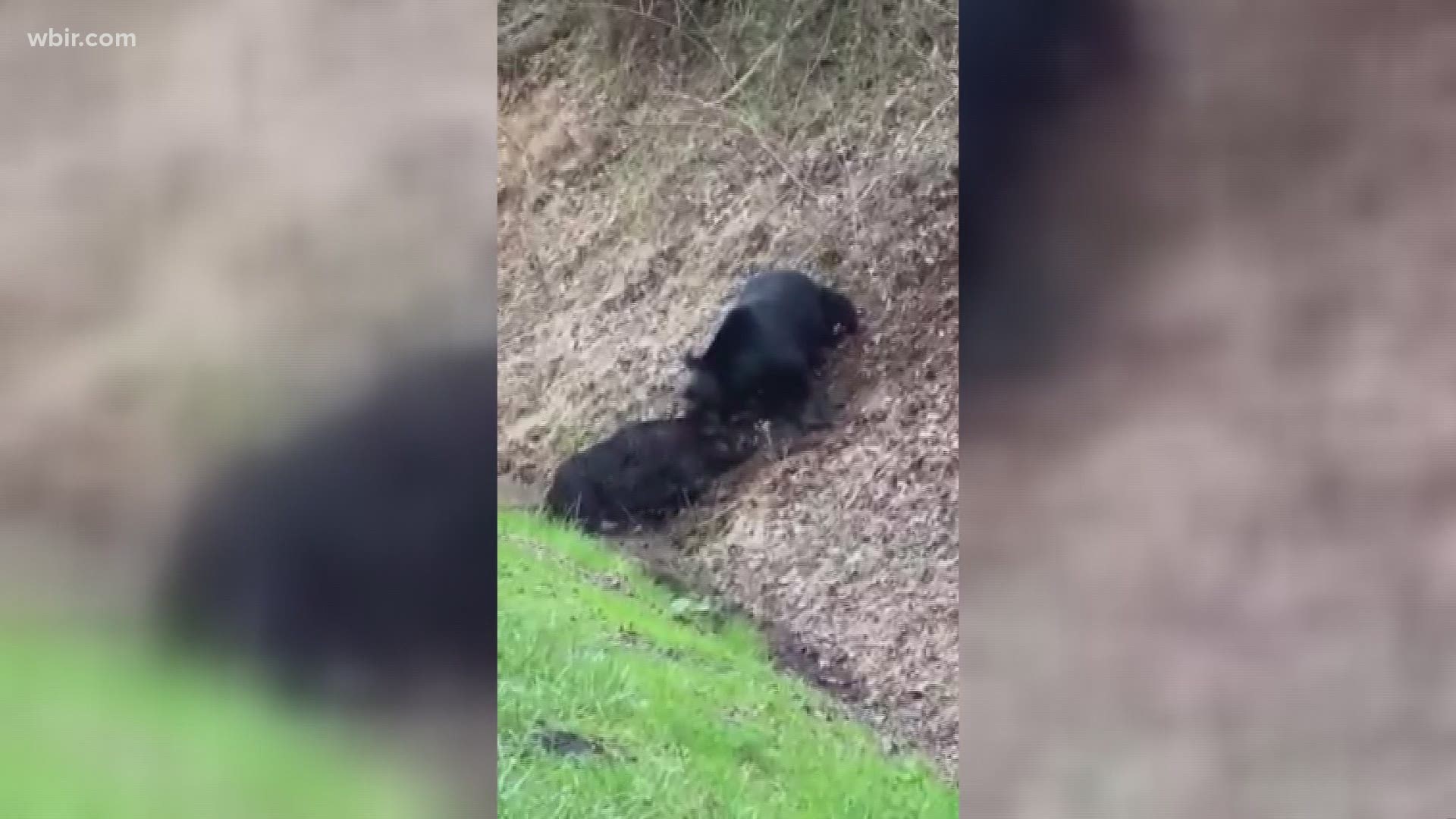 SEVIER COUNTY, Tenn. — This video isn’t something you see every day: a bear attacking a wild hog in the Great Smoky Mountains National Park. Even though it is rare to see, experts say that's typical bear behavior.

The American black bear is a large omnivore, and while they typically scavenge for easy food sources, they also prey on other animals when the right opportunity arises, including wild hogs. That ended up being the case in Cades Cove recently.

Bill Stiver is a Wildlife Biologist at the Great Smoky Mountains Park. He said the bear’s behavior is expected, but he was surprised to see the animal attacking an adult hog.

"I think it's a little unusual for a black bear to attack an adult hog,” said Stiver.

He said since the fight took place near the road, it is possible the hog was already injured and at risk.

"My instincts are, and a couple of my colleagues think the same, perhaps it was something wrong with that hog. It was next to a road that would make me think it got hit by a car and made it more vulnerable to the bears," he said.

Stiver says bears will also prey on other injured animals such as deer or elk.

"People don’t see this part of black bears quite often, but it happens all the time here. It was just up close and personal in this one," he said.

Stiver wants people who visit the mountains to know bear season is approaching and it's important to give them space.

"So bears are on the landscape, that’s why we need to be 'bear wise' when we visit the national park. That’s why we have rules and regulations where you can’t willfully approach bears for your safety and the safety of the bear.”

Remember the famous words: "A fed bear is a dead bear." Black bears are clever and curious creatures -- but those defining qualities are a double-edged sword that often lead to tragic outcomes for the bear if they become too comfortable around humans or come to associate them with easy food.

Do not feed the bears or cubs under any circumstance: It's not only dangerous, it's illegal. If you spot any bears, do not approach them. Admire from afar.

Being "Bear Wise" also means properly securing any trash, food, and pet food if you live in or travel to bear country. Don't leave food or garbage lying outside or in easy access, and lock up your trash and vehicles. Bears can and will break into them if they are unlocked.