After years of research, a group is ramping up efforts to get natural animal bridges nestled in busy areas near the Great Smoky Mountains. 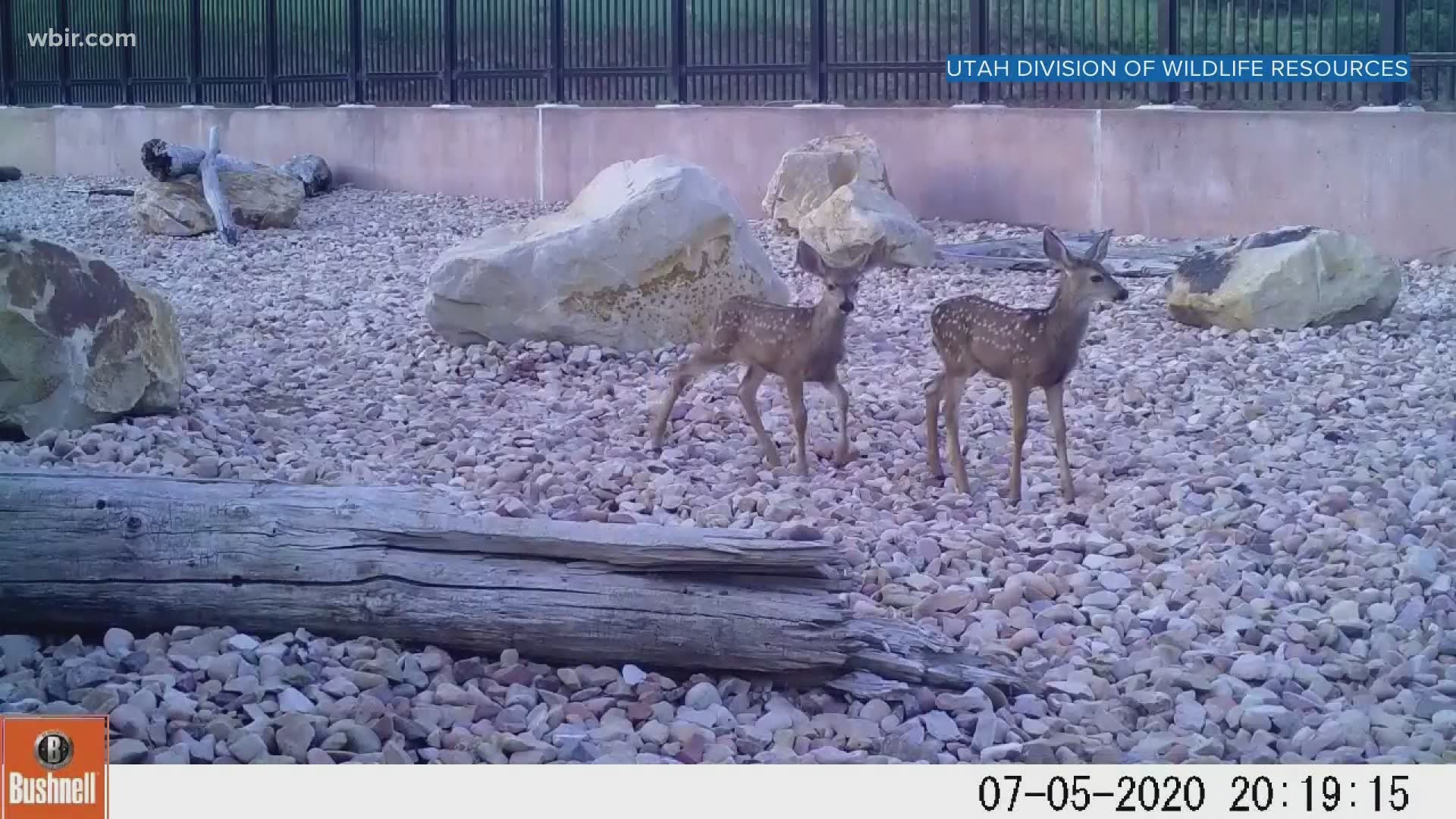 HAYWOOD COUNTY, Tenn. — It's a construction effort that could save lives — an effort to create wildlife bridges near the Great Smoky Mountains.

A 28-mile section of I-40 near the Tennessee and North Carolina state line is notorious for killing animals as they're crossing from one side to the other.

Wildlife like bears, deer and elk routinely fall victim to traffic while trying to dart across the busy mountain road.

The Safe Passage Fund Coalition launched the I-40 Pigeon River Gorge Wildlife Crossing Project last week after years of research. Experts said that a wildlife bridge could be an overhead solution to the deadly problem.

In other states, like Utah, the natural bridge overpass has been a success. From footage posted by the Utah Division of Wildlife Resources, animals are shown crossing with ease and avoiding traffic.

At the Little Ponderosa Zoo in Clinton, the staff helps Tennessee Wildlife Resources Agency rescue and rehab injured animals, like raccoons, squirrels, birds and deer. Co-Director Cade Cox said the majority of the zoo takes in to help are injured on the road.

“Sad to say that it's usually a car being on the highway or something like that," Cox explained. "They'll get injured because they don't know any better. We're kind of in their territory. I mean, they're just crossing to get where they're needing to go.”

Cox genuinely thinks the wildlife bridges would be a success and could cut down on their rehab business, which is exactly what he wants to see.

"I'm hoping this land bridge will decrease the number so much and we'll look into doing it more areas," Cox said.

For an area where 26,000 drivers pass through a day and wildlife gets caught in the car crossfire, it's construction worth waiting for.