The only road in and out of Cades Cove in the Smokies remains closed as crews repair the iconic Bote Mountain Tunnel.

RELATED: Cades Cove is closed for two months over the winter

Laurel Creek Road was closed at the beginning of January and will remain closed through the end of February.

In the Great Smoky Mountains, architect Herb Kupfer is part of a team chipping away at the past to preserve the iconic Bote Mountain tunnel for the future.

"If it's still sitting here 80 years later, I'd say they did a pretty good job of building it back then," he said. "The concrete lining was built in the 40s, and it hasn't had any major maintenance on it since then."

The crumbling concrete has taken a beating from decades of freezes and thaws. The park completely shut down the road in order to tear out the old concrete and rebuild the walls with better drainage.

"As you can see, the tunnel is doored off on either end because some of this work is temperature sensitive and we need to have temperatures above 50 degrees to put the concrete back in place," Kupfer said. 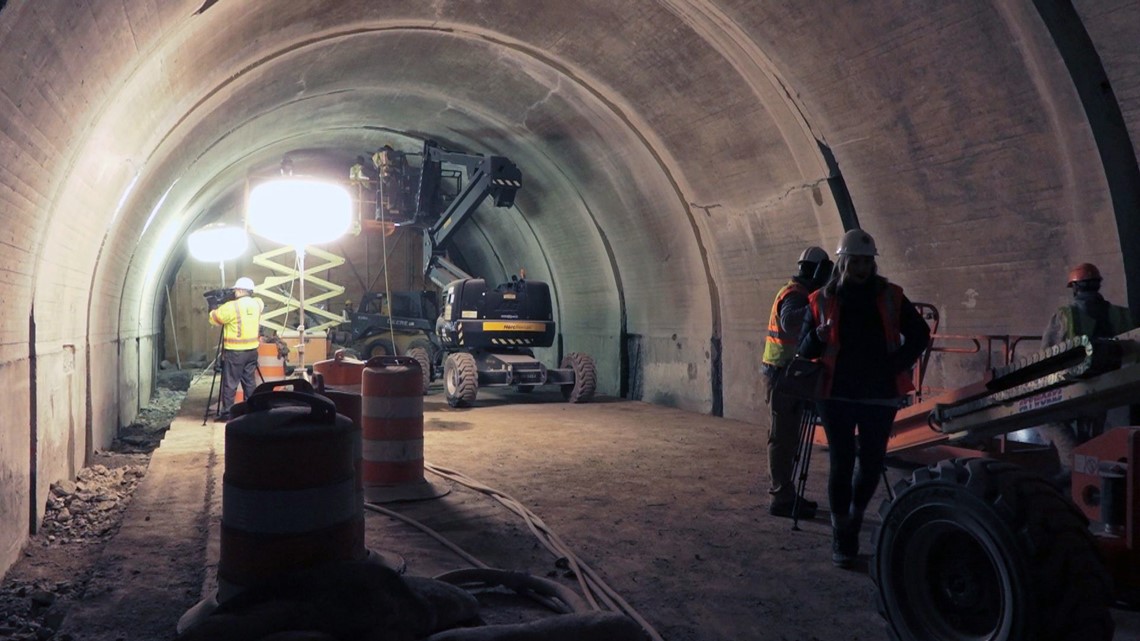 Crews are chipping away with handheld jackhammers to remove the old concrete. Peeling away the liner has revealed a few surprises hidden behind the walls.

There is pressure to not only reopen the route to one of the most popular spots in the park, but to also ensure the final product is attractive.

"We're not just putting something up slap-dash without putting any thought into it. We're trying to keep it beautiful for the visitors to enjoy and at the same time maintain vehicular access into Cades Cove," he said.

Crews can already see the light at the end of the tunnel. The route is on pace to reopen March 1 -- with a piece of the past preserved for at least another half-century.

When the weather warms up, the park said it will need to repave the road through the tunnel -- meaning there will likely be lane closures in April and possibly May.

Access to Cades Cove is still possible between now and March for hikers.  However, the other routes available require at least a seven-mile hike just to reach Cades Cove.  Day-hikers attempting to reach and explore Cades Cove should be prepared for a 20-mile hike, likely including some time in the dark due to the short winter days.