Don't do this: Tourists crowd right next to a bear in the Smokies

It's dangerous for both you and the bears when you approach too closely. It's also illegal: Bears are wild animals and should be treated as such. 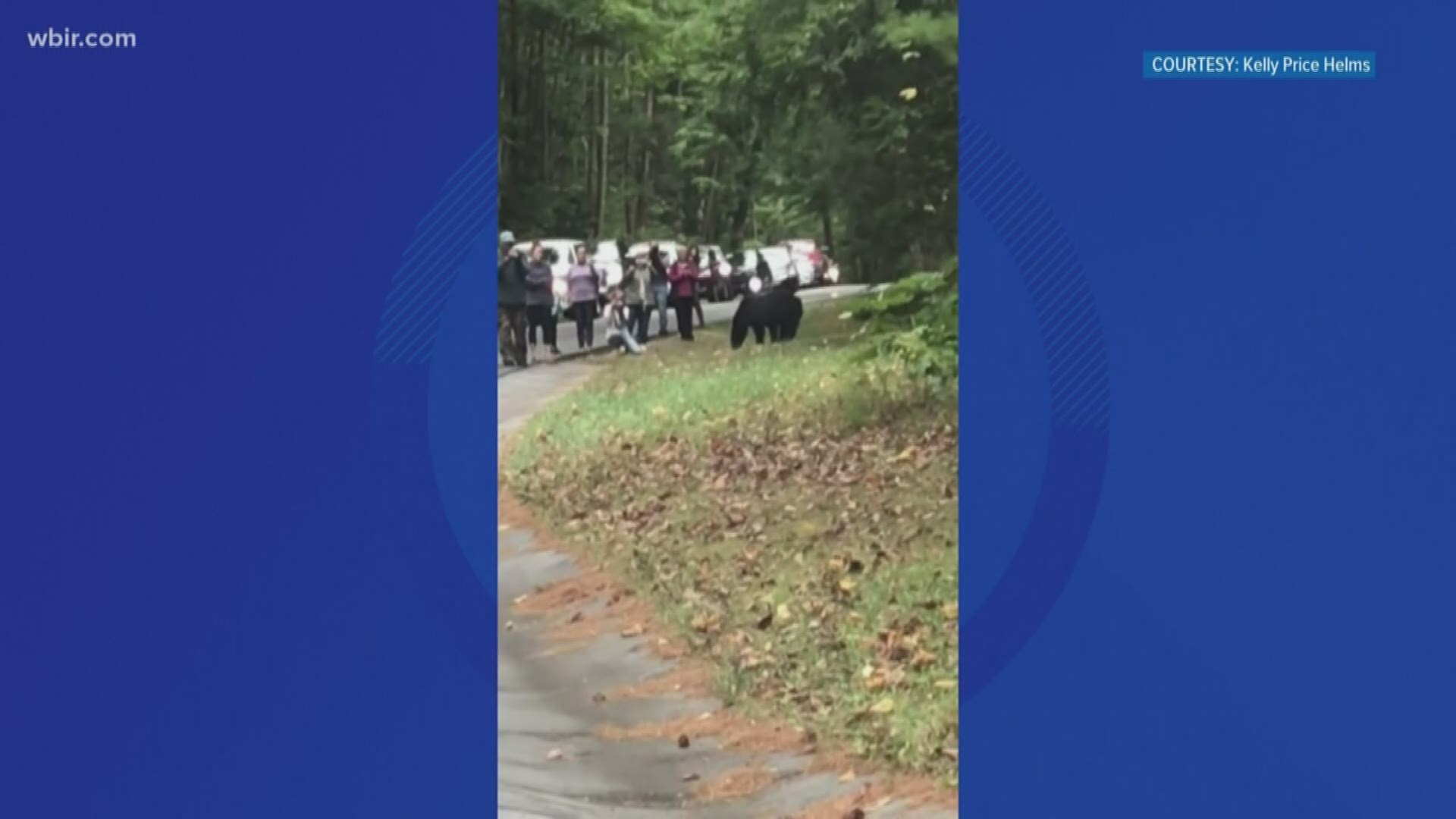 "That's a little too close to a wild animal."

Kelly Helms and family made the spot-on observation from afar while taping a crowd of tourists gathering within a few feet of a wild black bear in the Great Smoky Mountains National Park between Cades Cove and Townsend. 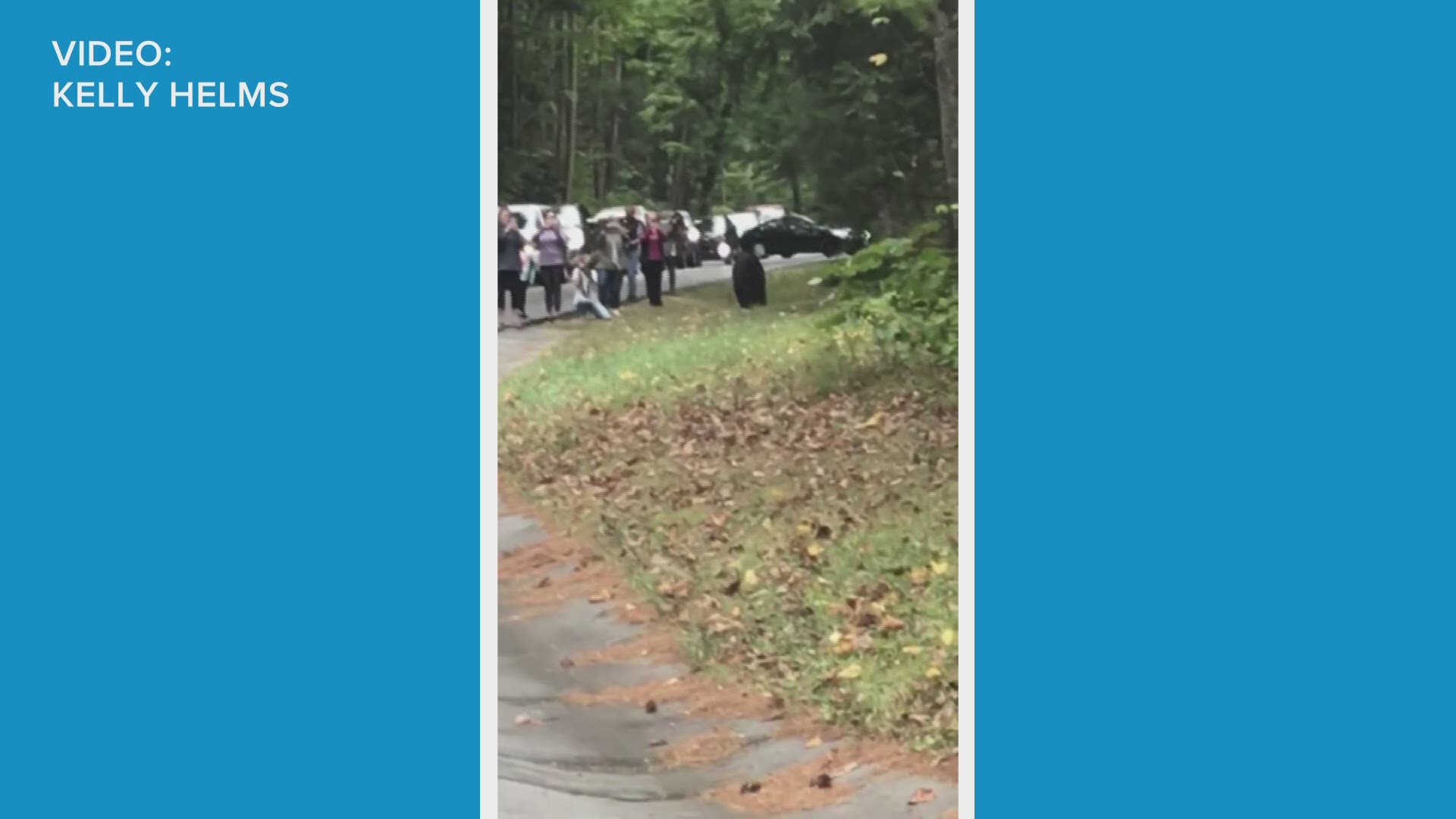 "People started jumping out and just getting right up close to them and it was scary," Helms told 10News. "There's signs throughout the park saying keep your distance from the bears, don't feed the bears, so there should be no reason why any of those tourists are that close to the bear."

You should take their advice and absolutely not follow the example of that crowd: Approaching is dangerous for both you and the bear.

Black bear encounters are common and often unavoidable in East Tennessee. However, they are still wild animals and should be treated as such for everyone's safety, especially during this time of the year.

"This time of year, bears are focused on feeding on acorns and fattening up for hibernation," he said. "A lot of times, they're just oblivious to the fact that people are nearby."

That's why you may see them get closer to people than during other times of the year. Still, that's all the more reason to stay away.

"You may disturb them off a really important food source during the fall," Stiver said. "It's critical for bears to fatten up and get through hibernation."

If you see a bear or other wild animal such as an elk in the Smokies, you should try to maintain at least half a football field's length of distance.

The Tennessee Wildlife Resources Agency said black bears are usually shy creatures and generally not aggressive unless provoked, but that is not an invitation to approach them if you see one in the park. They are incredibly powerful and fast animals, and can and have attacked people in the past.

Furthermore, you put a bear's life at risk by providing unwanted contact with humans. The saying goes 'A fed bear is a dead bear' because bears are expert scavengers and can become a real nuisance if socialized to humans. As we've seen a few times this year -- they can break into a vehicle with ease and often venture out of their home turf in search of easy food, such as garbage and bird feed.

One of the few things keeping them from persistently encroaching outside the wilderness is a natural fear of humans, so if one loses that fear because they've grown accustomed to a human's presence -- wildlife officers are then forced to make a tough decision between relocating or euthanizing the bear. Often times, it ends with the latter.

RELATED: TWRA: Humans to blame for euthanized bears in Gatlinburg

If that's not enough to convince you: It's a federal misdemeanor in the park to willingly approach closer than 150 feet of a bear. You could face time behind bars and a hefty fine for doing so.

The Great Smoky Mountains National Park was created for the enjoyment of the people, but it also was created as a protected space for the wildlife that inhabit the area and call the mountains their home. It's important we share that space responsibly.

If you see a bear and wish to observe it or take pictures -- you should do so at ample distance so you don't disturb or socialize them. The GSMNP asks you to use binoculars, a telephoto lens, or spotting scope to view the animals.

Rangers are working areas of the park where they often see or hear about close encounters. Stiver said the park is also adding cones to keep people from stopping on the road and getting too close.

RELATED: Bear rescued by the Appalachian Bear Rescue passes away

RELATED: 'Helping people is the goal': Photographer teaches others so they can experience the Smokies