The National Park Service is working with the FAA to set rules for air tours over parks to ensure they don't impact wildlife, visitors or cultural sites. 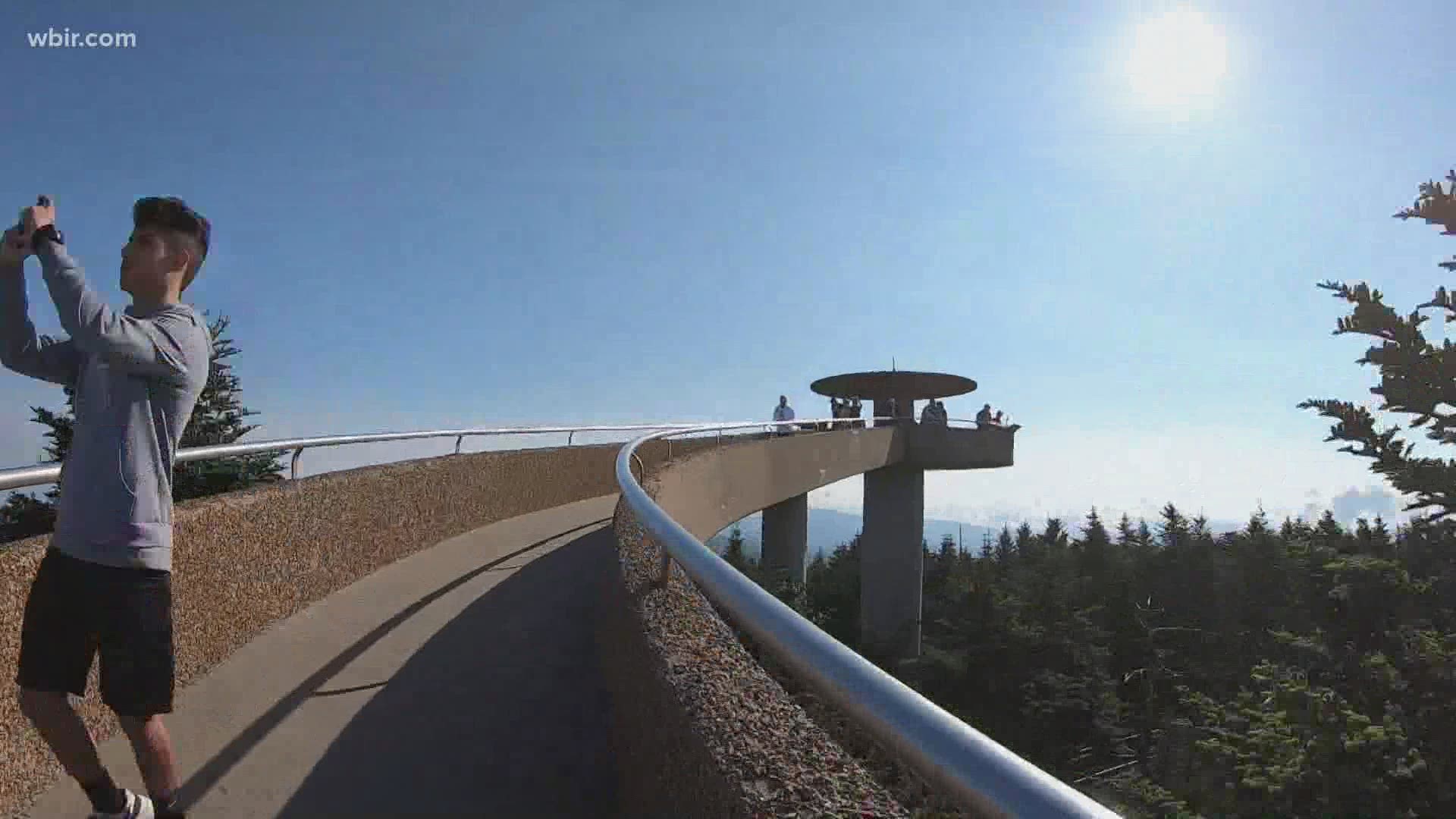 KNOXVILLE, Tenn. — The Great Smoky Mountains National Park is looking for public input to finalize a management plan for air tours that fly over the Smokies.

The GSMNP is planning on holding a virtual public meeting on September 16 at 4:30 p.m. at this link, and is currently accepting public input until October 3, 2021 at this link. You can read the proposed plan drafted up by the GSMNP at this link.

Following a ruling in the U.S. Court of Appeals in Washington, D.C. in May 2020, the GSMNP and other national parks began working with the Federal Aviation Administration to create Air Tour Management Plans to set certain regulations in stone for air tours over popular national parks within two years in order to comply with the National Parks Air Tour Management Act of 2000.

The proposed management plan calls for limiting air tour traffic to specific routes away from areas where helicopter noise would negatively impact protected wildlife, as well as important cultural sites in the park such as the Cades Cove and Elkmont historic districts, the Walker Sisters place, and the Little Greenbrier Schoolhouse. The proposed routes would primarily fly over the major roads that run through the park, such as Highway 321, Newfound Gap Road, and Little River Road.

Two of the proposed long air tour routes, the black route and blue route, would be able to fly near the North Carolina state line into the heart of the park in limited numbers each year. The number of tours allowed on those routes would be limited to 26 combined a year for the black route, and 17 yearly flights on the blue route.

The plan would also set hours for when air tours are allowed to operate over the park from two hours after sunrise until two hours before sunset if they do not utilize quiet technology aircraft. If companies upgrade to quiet technology aircraft, they would be allowed to fly tours on their routes beginning at sunrise or ending at sunset as an incentive. The park said the hours around sunrise and sunset are important to keep noise-free to protect both wildlife behaviors and the visitor experience.

Under current conditions, the GSMNP said commercial air tours are only held to standards imposed by an Interim Operating Authority, which limits the combined number of tours that can be conducted over the park in a year. In the Smokies,  the average number of air tours conducted between 2017 to 2019 was 946 between two companies -- Whirl'd Helicopters, Inc. and Great Smoky Mountain Helicopter Inc.

The proposed plan calls for authorizing up to 946 combined air tours over the Smokies each year along defined routes, which on most days would allow up to four tours a day for Whirl'd Helicopters, and one tour a day for Great Smoky Mountain Helicopter. The companies would be allowed 40 flex days each year to conduct one additional flight.

Air tours would also have to follow other rules, such as flying no lower than 2,600 feet above ground level, not hovering or looping, and keeping up-to-date with park-specific training requirements and meetings.

You can read more about the management plans on the NPS and FAA websites.