Despite signs reminding visitors not to feed or get close to animals, there are always those who break the rules. Experts are teaching bears to avoid humans. 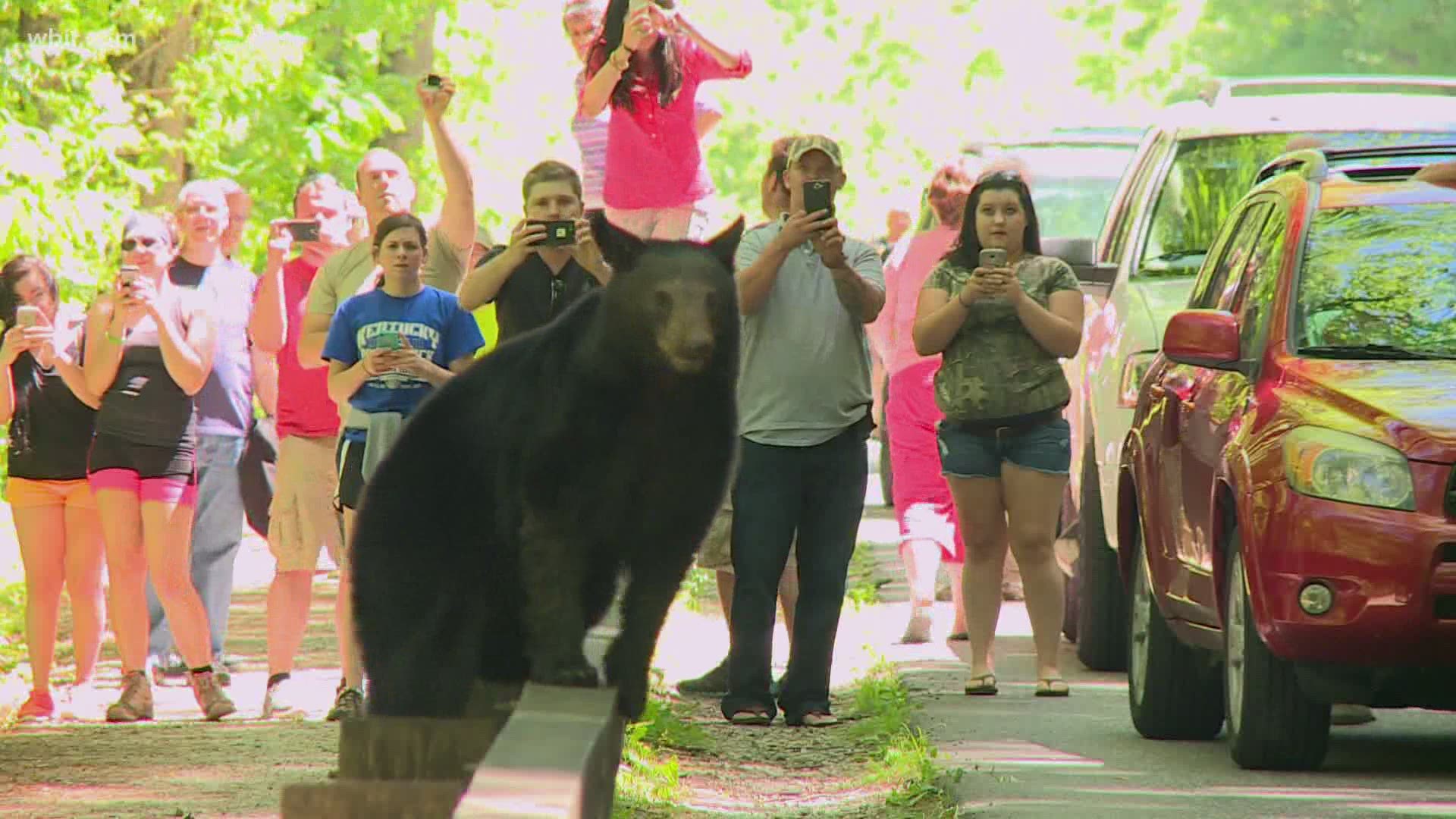 GATLINBURG, Tenn. — In the Great Smoky Mountains National Park, there are millions of visitors each year. Many of them are looking for a chance to see a bear, but most are oblivious to a phrase often repeated in the Smokies: "A fed bear is a dead bear."

"Bears are a novelty," wildlife technician Ryan Williamson said. "A lot of people come to this area to see bears and to view bears."

NPS said human/bear interactions typically peak around late-May or June. Despite numerous signs reminding visitors not to feed or get too close to the wildlife, there are always those who break the rules.

"It's a really simple message that people have a really hard time following," Williamson said. "They think that by feeding them or getting them close that they're doing the bear a favor... the bear usually loses when it comes to that scenario."

If people won't listen, the park hopes bears will. Wildlife experts use a variety of adverse conditioning techniques for their own safety.

"We really try to maintain that sense of fear that bears naturally have for people," Williamson said. "When bear start showing up around humans, their lifespan's cut in half."

Those techniques include shooting them with paintballs, creating loud noises and setting off firecrackers to discourage them from going too close the road or in areas that people like to congregate.

They also sweep picnic areas and campgrounds to make sure bears won't find any leftover food.

"Once a bear learns to do something one time, it learns that behavior," Williamson said. "We never want them to get that one opportunity."

Credit: WBIR
A food-conditioned black bear in Cades Cove approaches the window of wildlife biologists who then relocated it to the Cherokee National Forest.

Those strategies don't always work, which is why the park also uses ear tags to track the bears and their behavior.

"There's many bears in this park that have been handled almost 10 times and released on site," Williamson said. "That's just because every year or so they just need a reminder that people are bad for them."

Every year, the park anesthetizes and ear tags between 50 and 70 bears. Of those, only about 10 are relocated.

"The preference is once we handle a bear, we never want to handle that bear again," Williamson said. "We prefer them to live naturally and do what bears normally do."