The Great Smoky Mountains National Park posted photos of the recovery on Chimney Tops 2 after the 2016 wildfires. 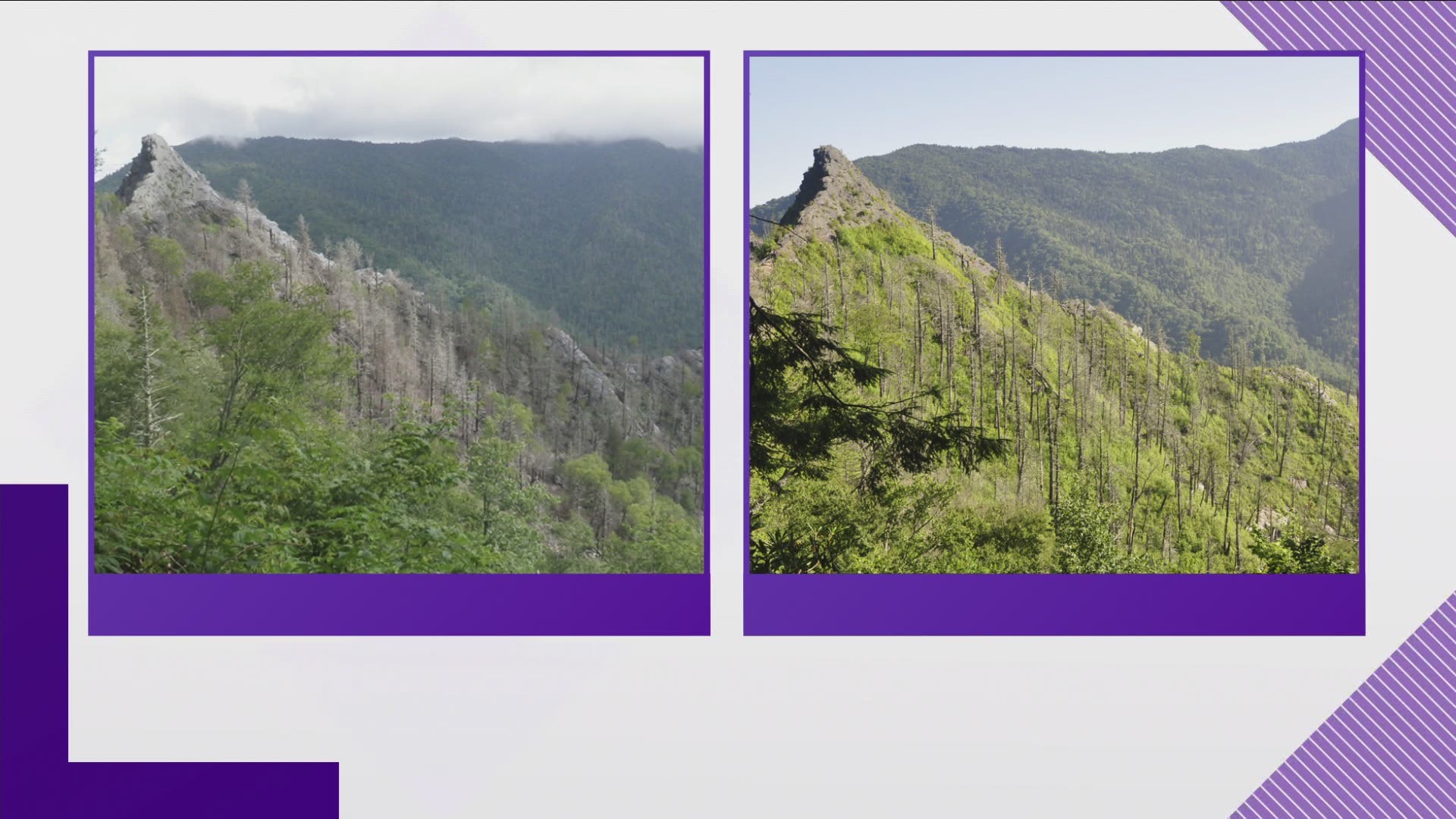 According to officials, the human-caused Chimney Tops 2 fire burned across an 11,000-acre area in the park.

A park scientist has been tracking the area's recovery using repeat photography by returning to the same location and capturing the same photo year after year, according to the national park.

It’s been over four years since the human-caused Chimney Tops 2 fire burned across an 11,000-acre area in the park. The...

At the time in November 2016, the Chimney Tops 2 fire was just one of the dozens burning across East Tennessee due to an extended period of dry conditions.

On Nov. 28, 2016, wildfires started to spread into populated areas across Sevier County.

As many as 14,000 residents and tourists were forced to evacuate. Dozens of shelters opened and people opened up their properties to evacuees.

To learn more about the Sevier County wildfires, listen to our podcast Inferno: The Gatlinburg Disaster. Warning: Some content may not be suitable for all listeners.

For weeks, fires continued to pop up. In total, more than 17,000 acres of the Great Smoky Mountains National Park burned and more than 2,400 buildings were damaged or destroyed.

Local celebrities stepped in to help the people impacted by the wildfires. More than 900 families split $12 million in donations through Dolly Parton's "My People Fund."