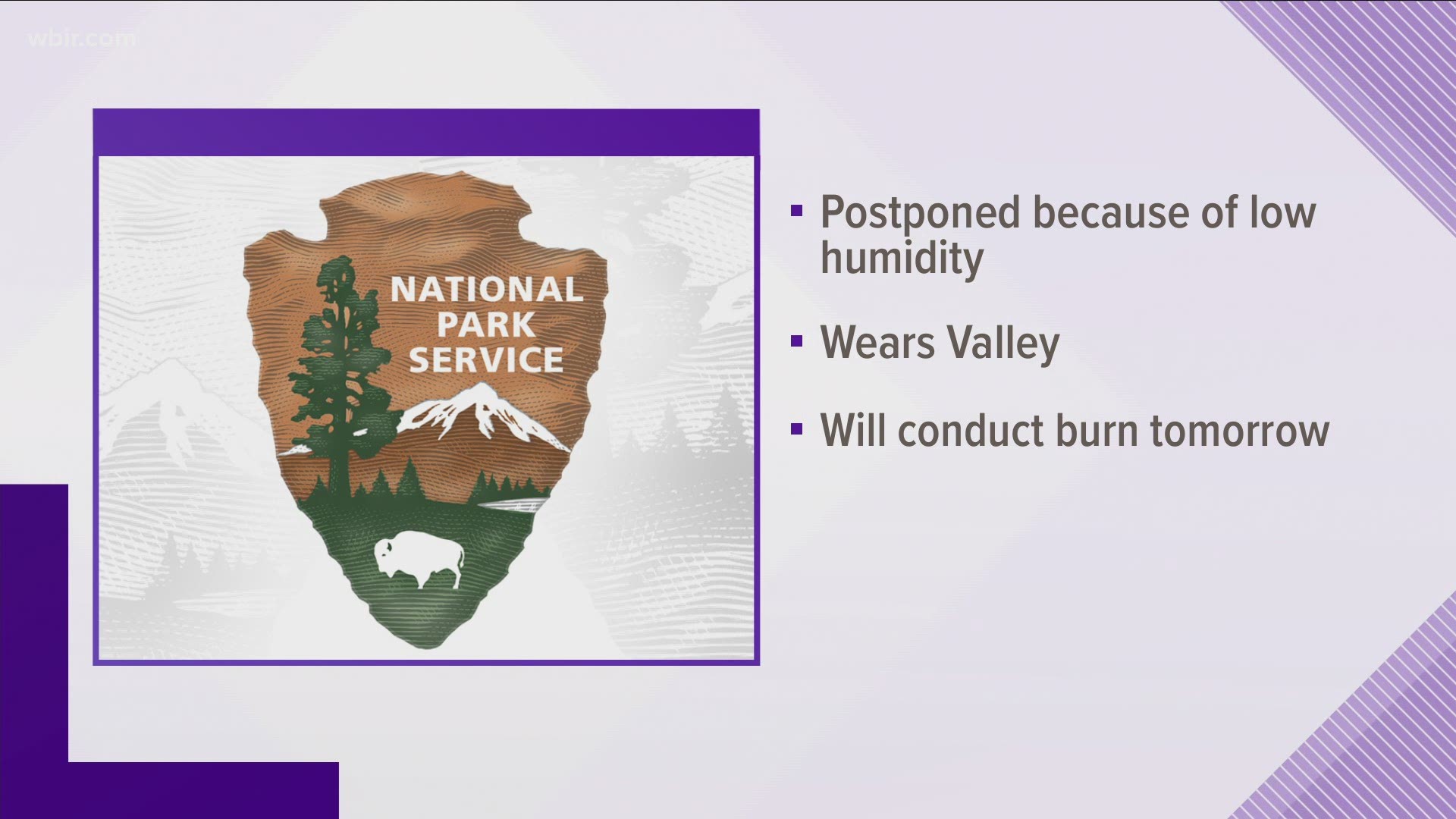 The Great Smoky Mountains National Park and the Appalachian-Piedmont-Coastal Zone Fire Management said crews have successfully completed the 175-acre prescribed burn, along a half-mile of the park boundary in Wears Valley.

“The wildland fire specialists did an outstanding job planning, prepping, and executing this prescribed burn in an ongoing effort to help communities along our boundary create Firewise space between their homes and parklands,” said Chief Ranger Lisa Hendy. "The success of this burn was not just the protection of structures and the furtherance of the ecosystem, but also the strengthening of relationships within our partner firefighting agencies, which fortifies the foundation from which we all strive as a team to protect our communities.”

Crews established a 3,000-ft hose lay for added protection around homes at the top of the ridge and along the boundary before implementing the prescribed burn, the release said.

The Great Smoky Mountains National Park and the Appalachian Piedmont Coastal Zone fire management have rescheduled the 175-acre prescribed burn along the park boundary in Wears Valley due to low humidity conditions in the area.

If the weather permits, park officials said the burn will instead start on Tuesday, March 9.

A prescribed burn is scheduled for March 8-11 from the boundary of the Great Smoky Mountains National Park in Wears Valley to the Metcalf Bottoms Picnic Area in the park.

“A long-term goal of this project is to maintain fire and drought-tolerant trees like oak and pine on upper slopes and ridges in the park,” said Fire Ecologist Rob Klein. “Open woodlands of oak and pine provide habitat for a diverse set of plants and animals, and the health of these sites benefits from frequent, low-intensity burning.”

The 175 acres to be burned is bounded by Wear Cove Gap Road, Indian Camp Branch, Little River, and the park boundary along Roundtop Trail, according to a press release.

To get ready, park workers have already been clearing brush and leaf litter in the area that will help keep the fire within its planned boundaries.

During the prescribed burn, you may see fire and smoke in the area. In addition, several roads will be closed for firefighter and public safety. They include: Wear Cove Gap Road from the Metcalf Bottoms bridge to the park boundary at Wear Cove Gap, a section of Roundtop Trail, and the Little Brier Gap Trail parking area.

Residents will still have limited access to the area.

Resources from the US Forest Service, Bureau of Indian Affairs, and local fire departments in Blount and Sevier Counties will provide assistance throughout the burn operations.

Those same crews have been conducting prescribed burns in Cades Cove in the past few weeks. If this burn stays on schedule, those crews may return to Cades Cove later that week to finish their work there.