The park will conduct a pilot study over the summer, until September 30, after seeing increased cycling and walking in the Cades Cove Loop over the years. 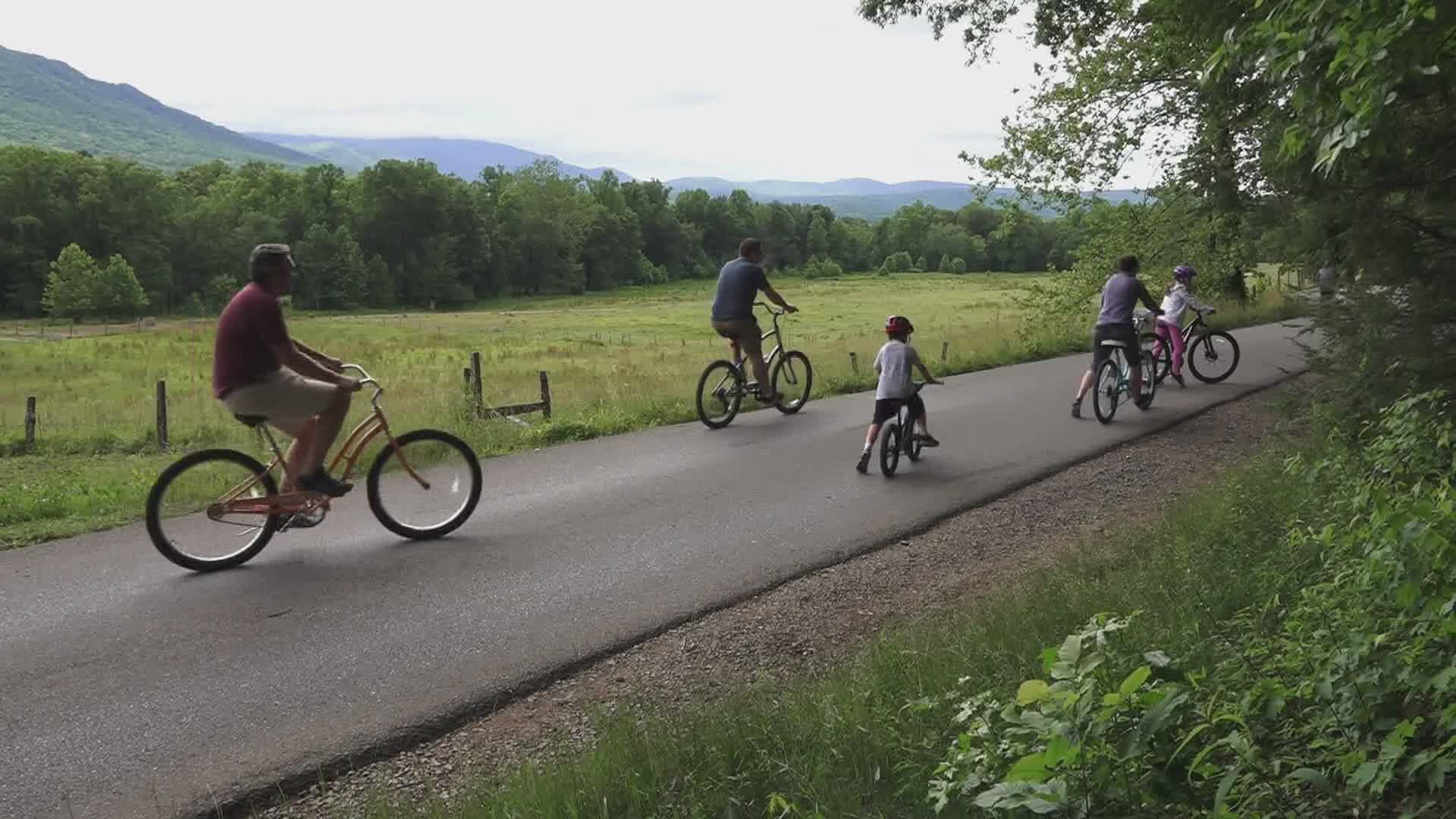 Cyclists and pedestrians in the Great Smoky Mountains National Park will get to enjoy some extra daylight time on the Cades Cove Loop without vehicles this summer.

Starting on June 17, The National Park Service will start 'Vehicle-Free Wednesdays' in Cades Cove through September 30. Each Wednesday, the Cades Cove Loop will be closed to traffic all day instead of just mornings so cyclists and pedestrians can safely enjoy recreation.

The park will not be doing the Saturday morning summer loop closures in turn, which they hope will improve visitor experiences all around.

The change is part of a pilot study. The park proposed the study due to congested parking areas and disruption of visitor services associated with the vehicle-free periods formerly held on Wednesday and Saturday mornings during the summer months over the past couple of decades.

RELATED: How to enjoy East Tennessee's gorgeous wildlife while trying to avoid crowds

As part of the process, park officials received feedback from more than 2,000 people from 37 states during the comment period. The GSMNP said 60% of people were supportive of the trial change, and only 20% were opposed to it. About 15% wanted closures on Saturday mornings to continue, but most also supported full-day closures on Wednesday, as well.

The park has been collecting data on these vehicle-free periods since 1995. Over the past 25 years, it said it has seen usage increase with up to 1,100 people a day cycling or walking along the roadway during the 3-hour closure periods.

The increase usage has resulted in several challenges for the park, including congestion, lack of parking, and disruption in picnic and campground areas.

During the closures, access to those areas had to be blocked to accommodate parking for cyclists and pedestrians. That included access for hiking trails and horse concession operations, which led to a line of motorists waiting for the Loop Road to reopen on those mornings -- creating gridlock.

The park signed a categorical exclusion this month to initiate the pilot study. Park officials said by closing the roadway for the entire day, cyclists and pedestrians will now have more than 12 hours of daylight to use the Loop Road without vehicles.

The park said this change will also allow staff and volunteers to better support visitor programs on Wednesdays and Saturdays instead of having to devote people to traffic management.

Mobility-assisted devices will also be welcomed on vehicle-free Wednesdays. For those needing accommodation to safely access Cades Cove, they should call (865) 448-4105 for more information.

Vehicle access to the loop road will continue to be provided 7 days a week from October through April.

RELATED: Elkmont Will Shine: Cabins and conflict in the Smokies

RELATED: Don't go on your next Smokies trip without trying these hiking hacks

RELATED: Rookie mistake: I learned the hard way what happens if you run out of gas in the Smokies